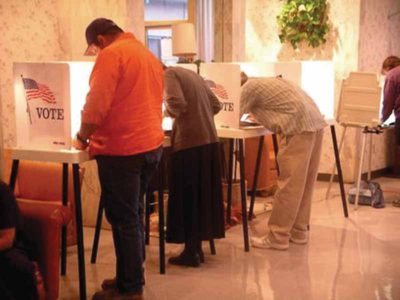 Where were you on January 1, 2000? It’s a nice round date. The year started with a different numeral. For the first time since 1917, Democrats assumed full majority control of Nassau County’s legislative apparatus, breaking the back of much of what remained of the old Republican machine. Amid housing market booms and crashes, we now have a very different universe of voters. Most of Nassau’s 1,000,019 official voters (54.2 percent) were first registered in the county on or after Jan. 1, 2000.

To most voters, phrases like “board of supervisors,” “Mr. Margiotta” and “county budget surplus” have no clear meaning or emotional attachment. They are a new population and deserve new ideas, new arguments and new kinds of outreach and participation.

Just over 84 percent of voters in the Town of Hempstead registered after County Executive Francis Purcell resigned and was replaced by Supervisor Tom Gulotta, who was in turn replaced at Town Hall by Joe Mondello. That was 30 years ago this week.

I compared all this with data put together 20 years ago. I am old. As of February 1997, North Hempstead, for example, actually had a higher voter turnover dating back 17 years (almost 69 percent compared to 49 percent today), which helps explain the reorganization of voting patterns in that town starting in 1986.

Sixty-eight point nine percent of North Hempstead voters were first registered after Jan. 1, 1992 and may have no personal experience in life with a Republican majority on the town board, or with Democrats as civic activist underdogs.

Some turnover is extreme. Just over 84 percent of the enrolled voters in Elmont became official voters here after the purchase of the old Jamaica Water Supply Company by a public authority, 22 years ago. The entire voting profile of that community has changed, as has public memory regarding privatization of basic services.

We’ve lost a generation of younger and independent voters. Turnout among voters aged 35 or younger, especially independents not enrolled in a party, is so low in local elections that it can be called a civic crisis. Seventy-two percent of these younger voters register as Democrats or remain independent, while voters aged 62 and up are now split evenly between Republicans and Democrats, and only about one in seven are unenrolled in a party. More changes are coming.

Out of numerals and data points, meaningful patterns emerge. Hints and possibilities.
In 2015, Oyster Bay Supervisor Venditto was re-elected by 99 votes against a Democratic candidate who raised just under $10,000 before Election Day.

Over the last three odd-year elections, there has been a subtle shift in turnout in Oyster Bay. Republicans cast about 52 percent of the votes townwide, then 50 percent, then 48 percent. The voting ratio (Reps:Dems:Unenrolled) shifted from 4:2:1 to almost the 4:3:2 of 2016. It’s too early to call it a trend, but even small shifts within voting patterns add up across a large town.

That 99-vote near-miss didn’t come out of thin air, but out of the mass social act of voting, despite the indifference and casual cynicism of the political parties. If something, anything, anyone can connect with those younger and unenrolled voters and get turnout anywhere near mediocre, they will win—anywhere in Nassau County.

This county is in play. The last people to know it, see it, exploit it or know what to do about it are the people running the closed, secretive “official” political organizations. To them, 2016 never happened and it’s still some other time ago, a time voters don’t even know about anymore.

The paper parties don’t really control politics. People do, when they choose to do so.

Michael Miller has worked in state and local government. The views expressed are not necessarily those of the publisher or Anton Media Group.