New Muppet On The Block 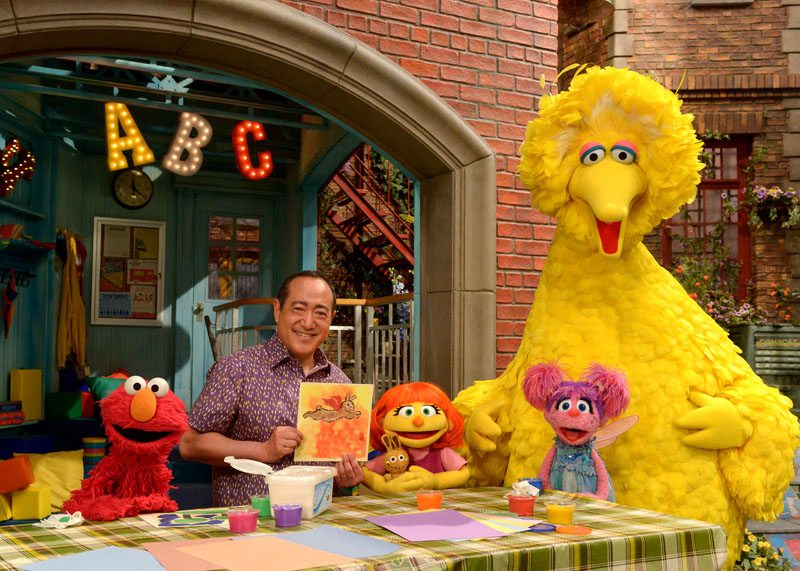 There’s a new character about to join Big Bird, Elmo and the rest of the crew down on Sesame Street. Julia is the show’s newest addition, and she is very special: she is the first autistic character in the show’s almost 50-year run. Dr. Jeanette Betancourt is the senior vice president of U.S. Social Impact and the point person for “Sesame Street and Autism: See Amazing in All Children” social impact initiative, a program that has been in the works for the past five years.

“I have the pleasure of overseeing all of our community engagement work. Everything from the development of these initiatives and research to content and delivery,” said Betancourt. “We saw a need based on the number of children impacted, which is one in 68.”

Julia’s inception came about from the regional initiative that launched in October 2015 with resources including videos, parent tips and interactives all focused on bringing about a greater acceptance for autism.

“The wonderful digital storybook ‘We Are Amazing 123’ is where Julia’s inception came from,” said Betancourt. “The five years of research encompassed the first phase where we gathered an advisory board of 14 organizations and went out and tested the resources with families who had autistic children as well as those who had developing children.”

Once the initiative launched, Betancourt said that the show received a wonderful response from the general public and the autism community. The next phase was bringing Julia to life as a Sesame Street Muppet. Bright and cheery with fiery orange hair, Julia is sweet and loving and has a great deal of lessons to teach viewers at home.

“The goal for Julia and the entire initiative is really for adults and children to have a greater understanding and acceptance of difference and find what all children share in common,” said Betancourt. “Throughout Sesame Street’s series, we have represented abilities and disabilities and we have a great reputation of doing that. For this initiative, we want to make sure we do it well and thoroughly for Julia, and we will keep her and do much more with her, exploring more areas of autism consistently.”

As for Julia’s impact on viewers as a whole, Betancourt said researchers at Georgetown University and the Children’s National Health Systems in Washington D.C., showing significant changes in understanding, acceptance and inclusion both from families with children on the spectrum and those with children developing autism.

“Already we’ve gotten such an amazing response and commitment to watch her, and we can’t wait for everyone to see her come to life and share her story,” said Betancourt.

Julia was officially welcomed into Sesame Street with her inaugural episode “Meet Julia” on April 10, which premiered on HBO, PBS and YouTube.

For more information on Julia, Sesame Street and autism, visit www.sesamestreet.org and www.autismspeaks.org.

Previous articleBring In The Spring
Next articleSporting Life On Long Island: The Great Estates Era