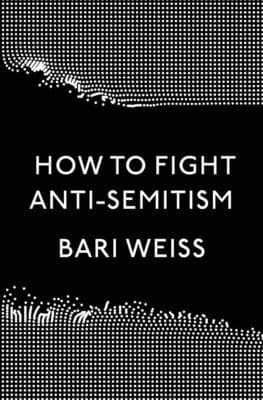 New York Times editor Bari Weiss grew up attending the Tree of Life synagogue in Pittsburgh. Her family still lives there, and on Oct. 27, 2018, she frantically attempted to contact her family and friends, worried whether they were killed while at Shabbat services.
In Weiss’ new book, How to Fight Anti-Semitism, she exposes the hidden—and not so hidden—tactics of those on the political far right, left and radical Islamic terrorists. The 224-page book deciphers the history of anti-Semitism, elaborating on how the world’s oldest form of racism is different than any form of hate.

This is a must-read for everyone from President Donald Trump to Congresswoman Ilhan Omar to people who advocate for the boycott, divestment and sanctions (BDS) movement. Weiss takes aim at all forms of extremism by showing that anti-Semitism is not political. Rather, it is a poison within society that can be traced back thousands of years.

One of the most powerful moments within How to Fight Anti-Semitism is when Weiss quotes the former chief rabbi of Britain, Rabbi Lord Jonathan Sacks.

Weiss explains that all types of hate against the Jewish people stem from others believing that Jews can’t have the same rights as others.

She methodically breaks down the notion that people demonize Israel, saying that, “Anti-Zionism is not about criticizing Israeli policies or expressing concern about the direction Israel is heading. It is about the demonization and the delegitimization.”

Most of all, Weiss is not afraid to call out extreme conservatives or far left liberals for their words and actions. The author notably says she is a progressive throughout this work. While tackling the issue of the far left’s anti-Semitism, she makes her opinion clear.

She goes on to explain how people often say “American Jews are white” thanks to being of European descent, meaning that Jews can’t be victims in any race or religion-based situation. Next, she states that “American Jews are turned into white racists because we support Israel,” which is often misidentified as a “colonialist enterprise.” Finally, Weiss’ best point of how those with extreme liberal mindsets attack Jews states, “We are white racists because we criticize anti-Semites, including when those anti-Semites happen to be people of color.”

The complexity of this issue is vast, showing that, while Omar herself has spread anti-Semitic tropes, people get mad at Jews for calling it as it is.

“Jews are transformed into whatever a given society hates the most,” Weiss states.
This isn’t just meant to criticize those with left-wing beliefs. This is for the entire world.
Weiss’ depiction of Trump is just as outstanding. She finds a way to brilliantly show that, while he is an adamant supporter of Israel, his words speak volumes to the world. The president himself might not be an anti-Semite, but he turns “the temperature up rather than down.”

The message throughout How to Fight Anti-Semitism is clear. Weiss combines ideas that Jewish leaders have been saying for decades, summing up the book with a series of lessons to fight anti-Semitism everywhere from college campuses to the streets of Europe.

“The fight begins with what I have tried hard to do in this book,” Weiss describes.
There are 39 individual messages spread throughout the final chapter of the book, titled “How to Fight.” From suggesting to try the “kippa (or Magend David) test, which means to simply wear these Jewish symbols in public places, to resisting “hierarchical identity politics,” Weiss makes sure the readers comes away with not just lessons, but new ways to live their lives.

How to Fight Anti-Semitism is published by the Crown Publishing Group and is available for purchase in book stores across the country and on Amazon.