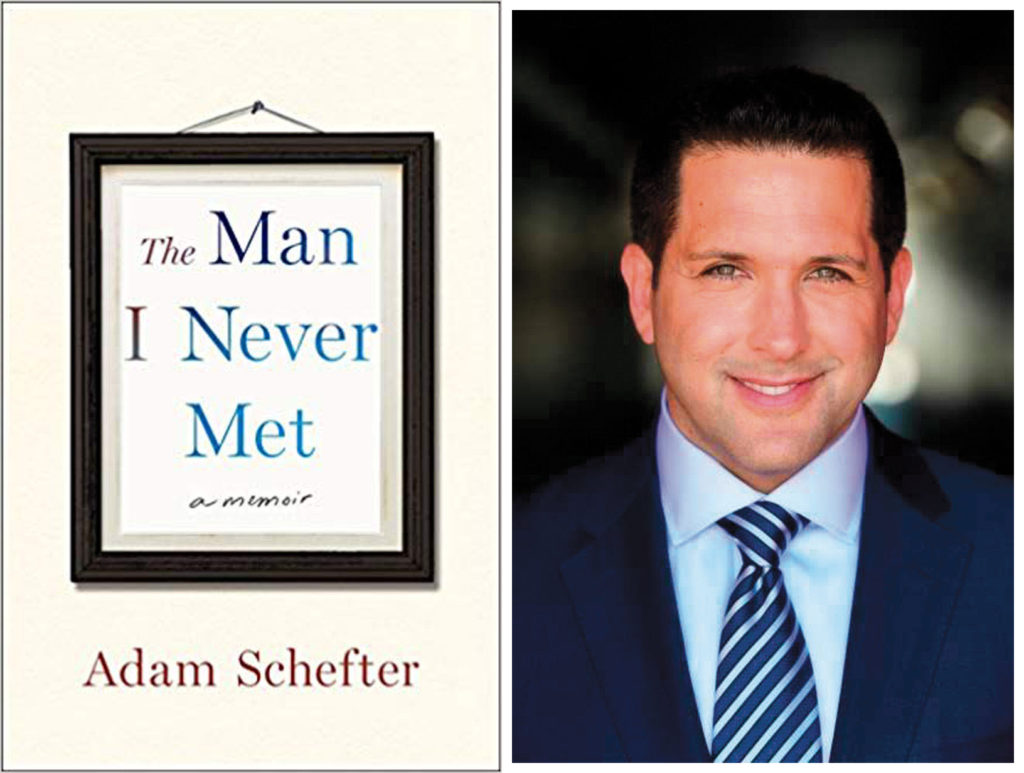 As ESPN’s lead NFL insider, Adam Schefter’s unwavering ability to be among the first to break a news story before anyone else is admired by many in the journalism field. His collection of books, from memoirs cowritten by Denver Broncos legends to a novel looking at the history of football at the University of Michigan, shows how much knowledge and love he has for the sport. However, in his newest memoir, The Man I Never Met, Schefter takes readers off the field and into his personal life to tell the story of a man who has left a great impact on him and his family: Joe Maio.

“Joe was a golden boy, and I mean that in the most complimentary way possible,” said Schefter. “He was smart, handsome, successful, family-oriented. Really successful at work. Beloved by his friends and family.”

That description of Maio would have you think Schefter had known Maio all his life. But before Schefter knew of his existence, Maio was killed in the 9/11 terrorist attacks in 2001. He was a director of equity derivatives at Cantor Fitzgerald and worked on the 105th floor in the North Tower of the World Trade Center. Maio is survived by his wife, Sharri, and his then 15-month old son, Devon. He was 32 years old.

Schefter would not know of Maio’s existence until 2006, when he went on a blind date with Sharri. The two continued dating and were later married in June of 2007. The couple is still married today and have spent those 11 years raising two children together: Devon, who is now 18 years old, and the daughter they had together, Dylan, who is now 9-years old.

“I am living in his [Joe’s] house, married to his wife, I’m raising his son, his parents are my in-laws,” said Schefter. “I was probably more worried to meet his parents than Sharri’s parents to be honest with you. Anyone who has ever met their partner’s parents, that’s certainly a nerve-wracking experience, but that was especially so with Joe’s parents.”

On the 15th anniversary of 9/11 in 2016, ESPN aired a piece on their television network narrated by Schefter about this story, which had interviews with Sharri and Joe’s father, George. The willingness of Schefter to tell the story to the public came with the endorsement and encouragement of Sharri.

“I wasn’t planning on doing the TV piece until she kind of prodded me that we should try to honor Joe publicly,” said Schefter. “Just how well my wife handled that and how great the ESPN producer who did the piece was, I mean that piece really resonated with people and they deserve all the praise.”

According to Schefter, it was Sharri who, about seven or eight years ago said that while he talks so much publicly about her life, he doesn’t talk about the fact that she is a widow.

“I said ‘Well, I was trying to respect your privacy, but if you want me to, I will,’” he recalled.

The reaction to the piece was substantial and positive, with Schefter getting plenty of messages from people reacting to the story, and the fact he was able to honor Joe nationally meant a lot to his wife, his son and Joe’s family. Among the reactions was someone telling him that he should write a book.

“I honestly didn’t even know that it would turn into a book,” said Schefter, whose background in journalism helped with the writing process. “I met with some publishers and there was some interest. I decided to bring in a cowriter, Michael Rosenberg, to help me out.”

The novel revolves around the Maios’ lives before and after 9/11, how Schefter tries to fill the hole that was left behind and how a family was shaped by Joe’s legacy.

“It’s a different experience,” said Schefter. “It’s very personal. It’s very meaningful. It’s a way to commemorate Joe’s life and honor him. It’s also a way to salute my wife for all the courage and bravery she has demonstrated from that horrible day to now.”

One of Schefter’s inspirations in journalism and in life is none other than author Mitch Albom, whose writing Schefter says has “always blown me away and left me in awe.”
“I was Mitch’s research assistant. I idolized him in college and got to work for Mitch in my senior year, helping with the book The Fab Five,” said Schefter.

Now the favor has been returned, as Albom gave Schefter’s book a glowing review, calling it “A brave, inspiring story of two men of different fates, never meeting, yet proving the connectivity of life through the overwhelming power of love. A fresh and triumphant take on the aftermath of 9/11.”

The Man I Never Met will be released on Sept. 4 and will be available to purchase on Amazon and at various other bookstores. To celebrate its release, Schefter will be doing a book signing at Book Revue in Huntington at 7 p.m. on Sept. 7.