Fifty years of doing anything is well worth celebrating, so it comes as no surprise that Neil Diamond is commemorating five decades in the music industry with an extensive tour that recently pulled into Madison Square Garden for a pair of hometown dates.

As a performer who made his hay gracing countless large stages, Diamond didn’t lack in his approach to playing these two dates at the World’s Most Famous Arena. Concert-goers were greeted by the sight of a three-tiered layout that snugly fit his 13-piece backup band featuring a number of players whose creative relationship goes back decades with the Brooklyn native. Always conscious regarding visuals for the audience when playing venues of this size, Diamond’s stage setup included a large diamond-shaped Jumbotron at the rear of the space that played an integral part weaving in myriad visual images throughout the evening depending on the song being played.

As cherries swirled on the background screen, Diamond strolled out dressed in black with a bit of floral trim across his shirt’s shoulders and sequined trim down the side of his pants. Opening with 1966’s “Cherry Cherry,” his first major hit, the 76-year-old singer-songwriter pulled plenty off of the three-CD 50 compilation released a few months ago. Fans of Diamond’s Brill Building days were treated to gems ranging from the deeply introspective “Solitary Man” (a song he once admitted in an interview as realizing it was about him after undergoing four years of Freudian analysis) to gems made famous by other people’s covers ranging from the Monkees (a rather straightforward “I’m a Believer”) to UB40 (Diamond’s reading adopted the reggae arrangement of the UK reggae group’s more famous version).

Throughout the evening, Diamond expertly showed off the kind of showmanship nuance that bounced between Vegas cheese (the extended introduction of each band member including a quick solo turn wouldn’t have been out of place at a Caesars Palace performance) and Borscht Belt nuance (giving a nod to his good friend Barbra Streisand prior to singing “You Don’t Bring Me Flowers,” he pointed out that you spelled her name “B-A-R-B-R-A” and if you, “…dropped that a between the ‘b’ and the ‘r,’ there would be hell to pay”). The wealth of pop manna never ceased to impress and Diamond kept fans engaged throughout, be it leading a sing-a-long for the 1972 chart topper “Song Sung Blue,” dedicating “Dry Your Eyes” (which he performed with The Band for the 1976 concert film The Last Waltz) to the victims of the recent Manchester attack over in England or delivering a very subtle rendition of the hit 1980 power ballad “Love On the Rocks.” 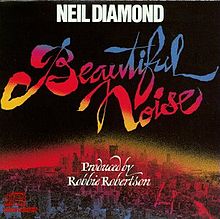 And unlike Paul Simon’s performance at Forest Hills Stadium last year, Diamond fiercely embraced his hometown roots at a number of different turns. He returned to 1976’s Robbie Robertson-produced Beautiful Noise for not only the title cut, but “Jungletime,” where he made brief mention of being a street tough in his home borough. Diamond also dusted off “Brooklyn Roads,” a nugget off 1968’s Velvet Gloves and Spit. As Diamond sang, “And I see two boys/Racin’ up two flights of staircase/Squirmin’ into Papa’s embrace,” scenes from the singer’s childhood home movies spooled out on the screen behind the band. Images of Hollander’s Prime Meats (the butcher referenced in the song and two floors below where the Diamond family lived) and yearbook photos from his time at Erasmus High School handily burnished the lyricist’s Brooklyn street cred.

By the time of his three-song encore, Diamond had clocked in with an impressive 28-song set, nearly double the amount of songs most performers half his age generally deliver. The last part of the evening kicked off with what seemed like an endless version of “Sweet Caroline,” a once-great song whose charm has been whittled down by being endlessly played in numerous stadiums around the country, most egregiously by the Boston Red Sox. 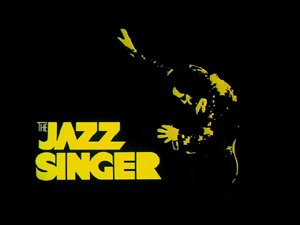 Fan favorite though it may be, wrapping up the night with the always-snappy “Cracklin’ Rosie” was a welcome transition into the anthemic “America,” a song Diamond wrote for the soundtrack to the 1980 remake of The Jazz Singer that the vocalist starred in. Pointing out how the song was inspired by his grandparents, Diamond introduced it as representing America’s greatest freedoms—speech and opportunity, and while it may come off as jingoistic to some, the lyrics, juxtaposed with images of immigrants coming through Ellis Island, served as a welcome antidote to the fear-mongering regarding foreign nationals that oftentimes forgets that this kind of diversity is what this country was founded on.

Schmaltzy as Neil Diamond may wind up being at times, the excellence he’s shown with his craft over time reaffirms why the man has been plying his trade for five decades plus.