National Shrimp Day Is May 10

May 10 is National Shrimp Day. Celebrate the holiday by trying your hand at cooking the delicious seafood, which the National Shrimp Council touts as the most consumed seafood in America. Americans consumed an average of 4.0 lbs per capita in 2015. Shrimp has been the number one seafood in the U.S. for seven years. 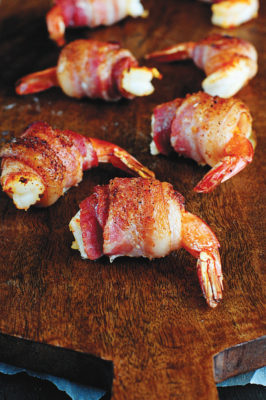 Try this super easy New Orleans-style shrimp appetizer with Creole flavor. Pick up some jumbo shrimp, bacon of your choice and Zatarain’s Creole Seasoning. Prepare in the morning and pop in the oven when you get home. You’ll have dinner in about 20 minutes. Serves 8.

Bake 15 to 20 minutes or until bacon is crisp around the edges and shrimp turn pink. Serve warm.

Use Zatarain’s Complete Crawfish, Shrimp & Crab Boil to create the unmistakable flavor of a New Orleans shrimp boil right on your stove top. Just follow the simple recipe below. Serves 12.

Bring new life to weeknight meals with the zesty lime and herb flavor of Zatarain’s Cilantro Lime Flavored Rice. Simmer rice with shrimp, diced tomatoes and butter to create a one-skillet feast for the whole family to enjoy. Serves 6.

Melt butter in large nonstick skillet on medium heat. Add onion; cook and stir 2 minutes or until onions are translucent. 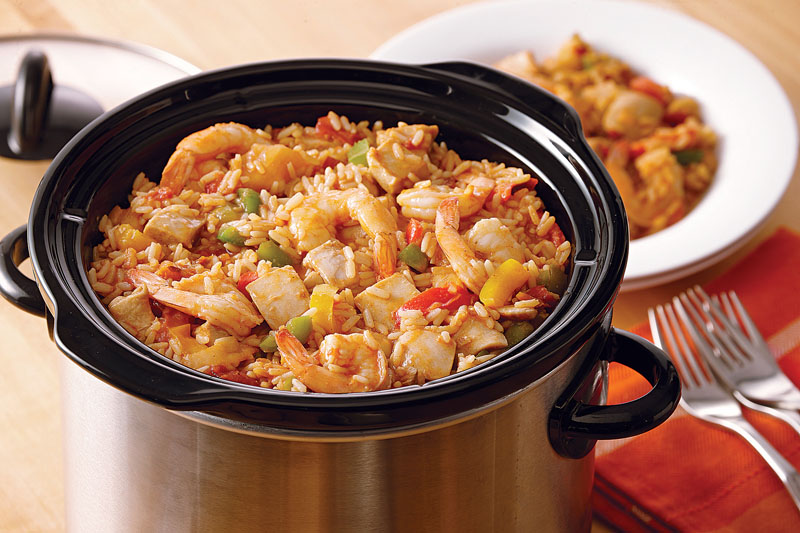 Cook up a hands-off batch of this kickin’ New Orleans favorite in your slow cooker with Zatarain’s Jambalaya Mix, chicken, shrimp, diced tomatoes, and frozen peppers and onions. It’s the perfect recipe for a weeknight family meal or entertaining a crowd. The slow cooker saves dinner again. Serves 8.

Stir in Rice Mix and shrimp. Cover. Cook 30 minutes longer on HIGH or until shrimp turn pink and rice is tender

Find these recipes and more at www.zatarains.com.