Tips On How To Keep Your Cool—And Get Things Done—When...

If you are accustomed to working in a cubicle maze, perhaps the idea of telecommuting during the coronavirus crisis sounds kind of dreamy: you,...
Read more
Healthy Living

2020 is canceled. Or at least it feels that way with the global pandemic COVID-19 sweeping the United States, forcing the suspension of major...
Read more
TOP STORIES 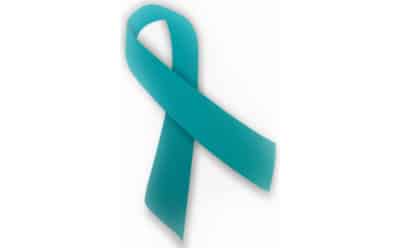 Ovarian cancer sneaks up on women because in its early stages, the symptoms aren’t intense and present vaguely, and there is no dependable screening test for the cancer. According to the National Ovarian Cancer Coalition, ovarian cancer is diagnosed in nearly 80 percent of women when the cancer is already in its later stages and prognosis is poor. The American Cancer Society notes that ovarian cancer is the deadliest of cancers affecting the female reproductive system and the fifth-leading cause of cancer deaths among women overall. Ovarian cancer will be diagnosed in an estimated 22,500 American women in 2019.
September is set aside as National Ovarian Cancer Awareness Month to rally support, research and treatment for this tough-to-detect gynecological cancer. Standing unified in a countrywide awareness campaign, a number of cancer prevention and healthcare organizations join with everyday citizens and ovarian cancer patients and their families to fight for a cancer-free future.

“Just because older women can no longer have children, it does not mean they are no longer at risk for reproductive system cancers. The opposite is true,” said Gregg Balbera, president of Right at Home Nassau Suffolk. “Because ovarian cancer is more prevalent in older women, particularly women who are age 63 and up, we encourage our senior clients to stay current on their health exams. It is important for all of us to stay proactive with our health as we age.”

The ovaries are a pair of almond-sized reproductive glands found on each side of a woman’s uterus in the pelvis. The ovaries’ job is to produce eggs for reproduction and the female hormones estrogen and progesterone. Ovarian cancer occurs when abnormal cells in an ovary grow out of control and crowd out normal cells. Eventually, these erratic cancer cells form a lump or tumor.

The American Cancer Society finds that a woman has a one in 78 chance of getting ovarian cancer during her life. Aging, excess weight and obesity, late-age pregnancy and fertility treatments, hormone replacement therapy after menopause, if you are a breast cancer survivor, if you are a carrier for BRCA1 and/or BRCA2 or if you have a family history of ovarian, breast or colorectal cancer, all contribute to ovarian cancer.

Oncology researchers do note a few factors that can help lower the risk of ovarian cancer including having a full-term baby before age 26, breastfeeding and taking oral contraceptives. Some studies also show that ovarian cancer risk lowers through other birth control forms including tubal ligation (tying of fallopian tubes), using intrauterine devices and undergoing a hysterectomy without removing the ovaries.

The symptoms of ovarian cancer are subtle when the cancer is in its early stage. Symptoms tend to develop in the later stages of the disease, and often, they are mistaken for other common health problems. Most women do not seek medical help until later stages of the disease when they present with symptoms including bloating, pelvic or abdominal pain, cramping or constipation, feeling full quickly after eating or having little appetite, indigestion, upset stomach or nausea, frequent or urgent urination, lower back or pelvis pressure, increased abdominal swelling or girth, painful sexual intercourse, menstrual changes, unexplained exhaustion and weight loss. If any of these symptoms are new and unusual and present for more than two weeks, a woman should see her doctor, preferably a gynecologist.

Catching cancer early is always the goal to allow for more treatment options. The American Cancer Society states, “Only about 20 percent of ovarian cancers are found at an early stage. When ovarian cancer is found early, about 94% of patients live longer than five years after diagnosis.”

Currently, there is no consistently effective screening test for ovarian cancer. Regular women’s health exams are important to help rule out reproductive system cancers of any kind. Part of the pelvic exam includes a Pap test for detecting early cervical cancer. In rare instances, a Pap test has helped detect an advanced stage ovarian cancer. In addition to a complete pelvic exam, a transvaginal ultrasound (TVUS) and the CA-125 blood test are ordered sometimes for women at highest risk for ovarian cancer, but both of these tests are not fully reliable for detecting cancer of the ovaries. Even women who have had their ovaries surgically removed still face a small risk of developing primary peritoneal cancer, since the peritoneum and ovaries form from the same tissues during embryonic development.

Surgery to remove the cancerous growth is the most common treatment for women with ovarian cancer. Chemotherapy that delivers chemicals to destroy or stop cancer cells from growing is also a best practice for ovarian cancer. Radiation is rarely used for treating ovarian cancer in the United States, but may be used to shrink tumors and destroy cancer cells that have spread to other parts of the body. Many women also choose a number of complementary therapies including acupuncture, herbal medicine, meditation and massage to boost their whole body approach to cancer treatment.

“With the awareness that National Ovarian Cancer Awareness Month brings and the efforts of ongoing research and clinical trials, the American Cancer Society reports that the diagnosis rate for ovarian cancer has slowly declined over the past 20 years,” Balbera explained. “But we cannot let up on ensuring every woman remains vigilant with regular health exams, especially older women who think they are automatically in the clear.”

—Submitted by Right at Home

Previous articleWe Got The Beet
Next articleSales/Marketing Interns Wanted

Although stores are struggling to keep their shelves filled with groceries due to the high demand from customers, which are are stock piling due...
Read more

The Long Island Aquarium is soliciting donations via GoFundMe to assist them during the coronavirus pandemic. The aquarium is currently closed to the public per...
Read more

Sports have always been held in high regard in Chicago. It is one of only 10 U.S. cities to have teams from all five...
Read more