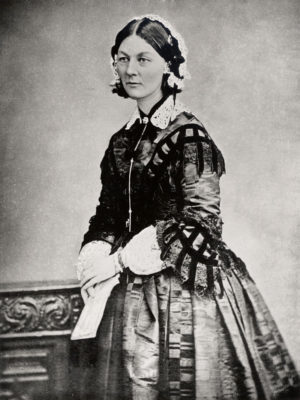 This week celebrates National Nurses Week (May 6-12), honoring the legacy of Florence Nightingale (pictured), a nurse who became a hero for treating wounded soldiers during the Crimean War (part of the Ottoman wars in Europe, Russia and Turkey).

Nightingale was a British social reformer and statistician, and during her service as a nurse, became knows as “The Lady with the Lamp” for making most of her rounds to the wards at night while carrying a lamp. She founded a nursing school in 1860 and established nursing as a true profession.