Just in time for the 69th anniversary of the end of the Korean War, on July 27, massive renovations to the Korean War Veterans Memorial will be unveiled, featuring the addition of the Wall of Remembrance. 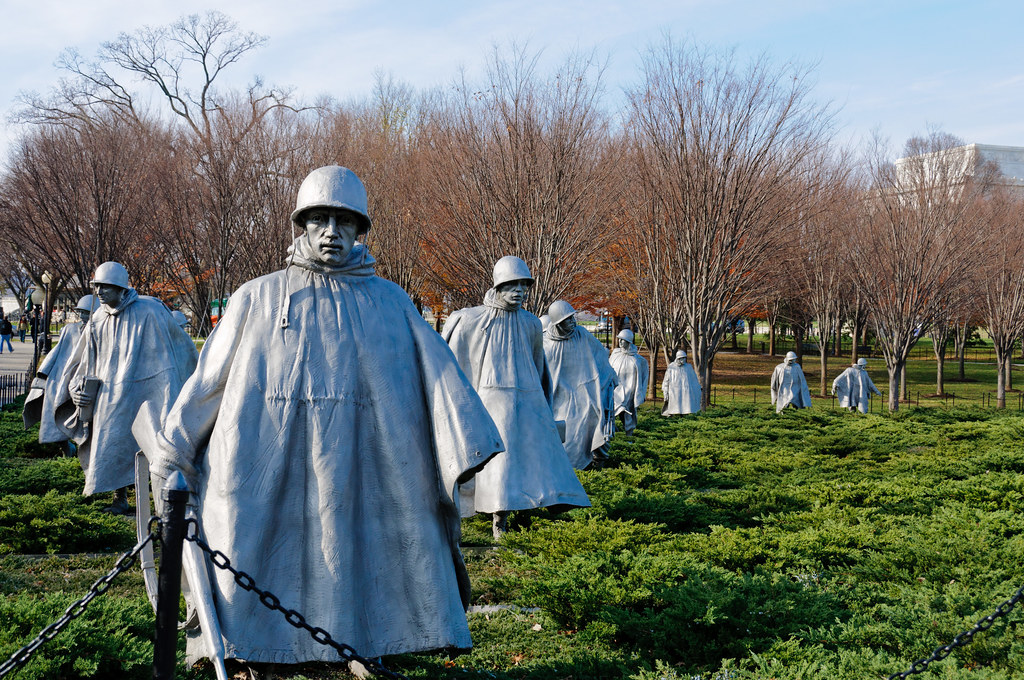 A stunning counterpoint to the iconic mural wall and steel sculptures, it will feature the names of the fallen, including 36,000-plus U.S. soldiers, and for the first time ever, 7,000-plus KATUSA soldiers who fought alongside U.S. soldiers to defend the people of South Korea and preserve democracy.

In 1995, visionary industrial designer Louis Nelson conceived and spent five years creating the striking, original and unforgettable granite mural featuring the faces of those who served in America’s “Forgotten War.”

In tandem with Frank Gaylord’s haunting steel sculptures and the addition of the Wall of Remembrance, Nelson’s wall continues to form a lasting tribute to both those who gave their lives and those who survived the brutal first salvo of the Cold War. 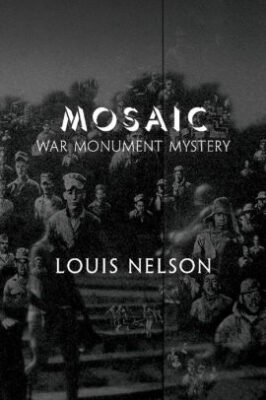 In honor of this monument as well as his experiences in the Korean War, Nelson wrote his deeply ruminative memoir, Mosaic: War Monument Mystery, which details not only his personal process and intentions in designing the mural, but also explores the complex web of motivations, aspirations, conflicts and controversies that accompany the building of memorials, especially those commemorating war.

“The basis of all my work,” Nelson explained, “is the purity and simplicity of design relationships working hand in hand with the story, the clear narrative to move people to understand and perhaps take action and assure their comfort in that process. At its core is that it must matter.”

Fittingly, in Mosaic, Nelson blends aspects of his own autobiography, recounting the journey that shaped the work he designs. Raised in the melting pot of New York City, he studied at Pratt before a stint as a U.S. Army helicopter pilot. Military life, as absorbing as it was, took its toll on his first marriage, and he left the service, narrowly escaping a probable tour of duty in Vietnam. Returning to Pratt for graduate school, he went on to an eminent career as an industrial designer.

In 1990, Nelson was asked to design the mural, and he immersed himself in the often-overlooked history of the Korean conflict. This profound engagement gave him great insight into the human reality of the war—a reality he chose to recreate and celebrate through some 2,000 faces, taken from actual photographs from the military archives. Engraved into the granite through a constellation of points, these are images of different groups of occupations in each of the services—from truck drivers to pilots, signal men to telephone operators, boatswains to bridge builders, doctors and nurses to cooks.

Nelson places the Korean War Veterans Memorial into multiple contexts: its physical and symbolic placement on the National Mall in Washington, D.C., straddling the Lincoln Memorial and providing a balancing arm to the Vietnam Veterans Memorial; its historical lineage in the long tradition of memorials to soldiers and conflict—in America and beyond; its healing powers as a place of remembrance and reflection for those who lived the experience or loved someone who did; and illumination for those who need to be reminded of the call of duty and the sacrifices these no longer faceless service members made.

“Louis Nelson’s memorial about bringing to granite life the storied history of a memorial to a ghastly war is a memorial in itself,” said Lionel Tiger, Charles Darwin Professor Emeritus of Anthropology, Rutgers University. “It celebrates with painful candor the skill, stubbornness, and raw political talent necessary to commemorate with dignity the intricate pain and challenge of a national war.”

About the Author
Louis Nelson, an industrial designer for more than 50 years, has influenced much of what we see, hear, taste and smell; and how we walk, talk, learn and feel. A visiting lecturer at Harvard University, Pratt Institute, Stockholm’s Konstfack University and Seoul’s Hongik University, he has studied America’s monuments and memorials for decades, and created a cascade of designs, including the Dag Hammarskjöld Medal for the UN, the Korean War Veterans Memorial, World War I and World War II Memorials in Washington, D.C., the 9/11 Memorials in Manhattan and the Pentagon, Nutrition Facts for the FDA and America’s food packages, and more.

Nelson has been honored by virtually every significant design industry organization in the country and abroad, awarded Pratt Institute’s Career Achievement Award, IDSA Industrial Design Excellent Award and nominee for the Smithsonian National Design Medal. His career encompasses helping travelers find their way at America’s leading airports; branding programs for global corporations and start-ups; and directing development in the fields of mass transit, museums, telecommunications, entertainment, construction and government. He lives in New York with his wife, the noted singer, author and performer, Judy Collins. For more information, visit www.louisnelson.com.