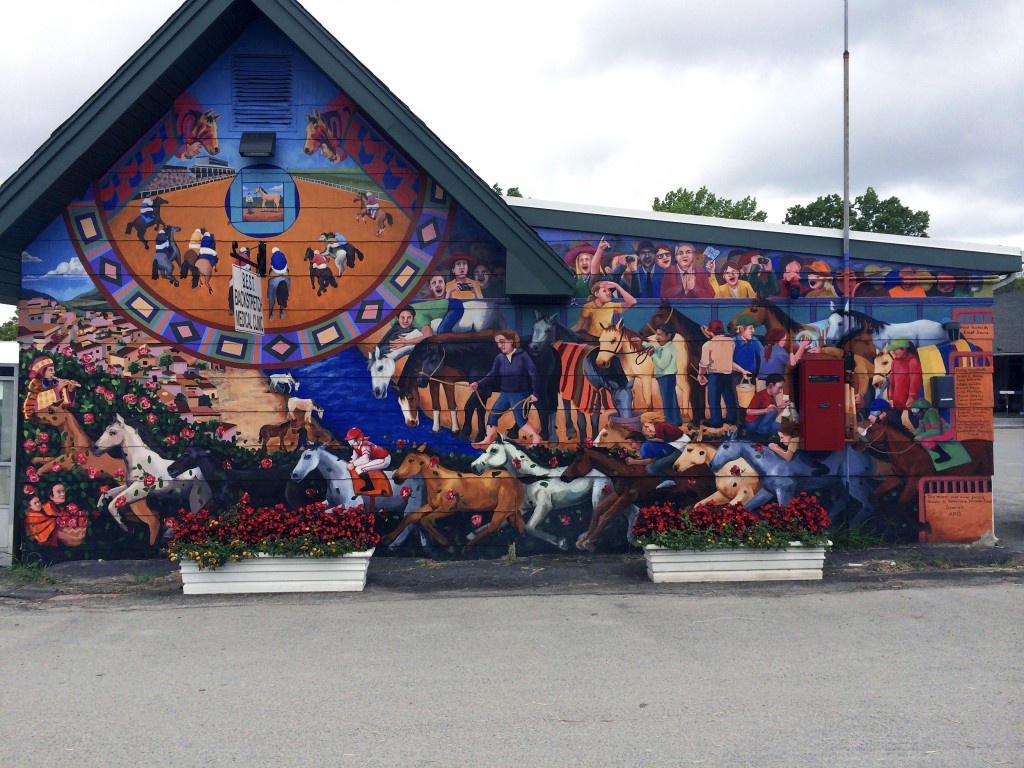 Most Long Islanders don’t think about Belmont Park beyond the annual Belmont Stakes. But look closely, and you will see that year in year out, the track is a very active and important economic force.

Belmont Park has been part of the Long Island community since 1905. The grounds reside partially within Floral Park and Elmont, overlapping slightly into Queens.

It typically holds nine or 10 races each day, Wednesday through Sunday. It’s a major part of the economy not just for those towns, but also for Long Island as a whole.

Its economic contribution rests largely on the shoulders of an invisible group of men and women — nearly all of whom are immigrants.

In racing parlance they are known as “backstretch” employees. These people perform essential jobs related to the care of the horses, including grooming, feeding and exercising.

At Belmont Park, there are approximately 2,000 backstretch workers, most of whom live on the park grounds, according to Paul Ruchames, executive director for Backstretch Employee Service Team (BEST) of New York, a non-profit that provides health care and other services to the workers.

“The horse racing world, which generates hundreds of millions of dollars, would not exist or it would be very tiny in New York without these workers,” said Ruchames.

Despite their critical role in Long Island’s economy, there is little integration between the backstretch workers and the local community. Part of the reason is that the vast majority of workers live in dormitories on the grounds. Some have children who go to the local schools. Some take second jobs at the car wash or deli nearby. Most, according to Ruchames, “keep a low profile.”

Life on the backstretch starts at 4 a.m. and ends around 11 a.m. Nearly all of the jobs these workers perform are physically demanding.

“One is called a hot walker, who walks the horse before and after exercise,” said Ruchames. “Then there is an exercise rider.”

There’s also the groom, who Ruchames said is the secret behind each horse. It is the groom who has the best gauge of the horse’s health and condition.

“The groom bandages and takes care of the horse,” he said. “The groom knows the psychology of the horse. He knows his eating habits and sleeping habits.”

All of these jobs require the men and women to be outside and exposed to the elements for hours at a time. And there’s always the risk of being kicked or thrown by animals weighing well over a thousand pounds.

“There’s a lot of shoveling,” said Ruchames, “and restraining the horse takes a lot of strength.”

The immigrants performing these jobs accept these risks. Most come from rural villages in Mexico, Honduras and Guatemala — many from the same village or neighborhood. A good portion has had exposure to, if not hands-on experience, working with farm animals. For some, it’s a family tradition.

Despite the hard labor, one thing is clear to Ruchames: The backstretch workers have a tremendous work ethic and truly love what they do.

“They come to have relationships with the horses,” he said. Think of the bond people have with their pet, he said, “Now imagine that it’s your job, eight hours a day, working with your pet. Your pet runs a race — and wins!”

Love or not, these are the proverbial jobs Americans simply won’t do. Ruchames said when trainers advertise openings, they get few, if any, responses from American-born workers. In the past, backstretch workers were African-Americans.

Now, the role falls mainly to immigrants. Today’s backstretch workers are hired by the horse trainers, and brought to the U.S. on H2-B visas, like farmworkers.

BEST was established in 1989 by people who had these working conditions in mind.

“It was originally started just to handle drug and alcohol problems,” said Ruchames. “About seven years ago, it expanded the mission to include health care.”

Dr. Fred Cogan, primary physician at the BEST Backstretch Clinic, said that he sees ailments related to the grueling outdoor work, and notices similarities with those in law enforcement, where long-term exposure to the elements is common.

Cogan tries to ensure basic preventative care, such as routine blood tests and annual physicals, as well as immunizations.

Planned Parenthood comes by once a month to offer their services.

The benefit of the program goes beyond the backstretch. Over a five-year period, Ruchames said, “We saved the local community over $2 million in health care costs by what we are doing here. People who are going to our medical facility are not going to the emergency room.”

But non-profit organizations can do only so much. The passing of comprehensive immigration reform would be a game-changer for backstretch workers.

For example, they would be able to reap the benefits of taxes they pay. The workers pay into Social Security, but rarely see the benefit because many ultimately move back to their country.

We’re ready to wager that immigration reform would bring a better future for these workers — and for Long Island.

Maryann Sinclair Slutsky is the