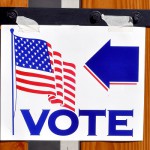 Nassau County is the site of two spirited fights for seats in the U.S. House of Representatives, and another two in the New York state Senate.
The Republicans will likely retain their current majority in the U.S. House, no matter what happens on Long Island on Tuesday, Nov. 4, but the composition of the 63-member state Senate may be determined in part by the outcomes of the 7th and 8th Senatorial District (SD) contests.

In New York’s 3rd Congressional District (CD), Rep. Steve Israel (D-Huntington) is seeking re-election to a district which extends from northern Queens into northern Suffolk County. Grant Lally, an attorney who resides in Lloyd Harbor, is Rep. Israel’s challenger, and has been hammering the incumbent for his close ties to the Obama administration. At first glance, that would not seem like a winning strategy, until you look at the electoral returns from 2012. The president carried the 3rd CD with 51 percent of the vote.

Meanwhile, in New York’s 4th Congressional District (CD), Nassau County District Attorney (DA) Kathleen Rice of Garden City and former county Legislator Bruce Blakeman of Long Beach are vying to succeed the retiring Rep. Carolyn McCarthy (D-Mineola). Rep. McCarthy was so entrenched she could have moved to the Hamptons a decade ago and still easily won re-election every two years in a district which covers much of central and southwest Nassau County. DA Rice has a double-digit percentage lead in most public polls, although Blakeman has strong support among the district’s registered Republicans, having won 65 percent of the vote in a contested GOP primary in June.

The Republicans hold all nine of the Island’s state Senate seats, although the Democrats are working hard to flip two seats, one held by Senator Jack Martins (R-Old Westbury) and the other vacated by the retirement of former Senator Charles Fuschillo (R-Merrick).  In the 7th SD, which covers much of North Hempstead, Senator Martins has, in publicly-released polls, been found to hold a wide lead over Adam Haber of East Hills, a Roslyn school board member and the Democratic nominee. Haber, however, has launched an aggressive direct-mail campaign aimed primarily at criticizing the state Legislature’s inability this year to pass the governor’s Women’s Equality Act, leaving the impression his arrival in Albany will lead to its enactment.

The campaign in the 8th SD was rocked a few weeks ago when county Legislator David Denenberg (D-Merrick) was sued by his former law firm for allegedly defrauding one of the firm’s clients, a curiously-timed lawsuit which briefly led Denenberg to abandon his bid for the state Senate. Unable to take Denenberg’s name off the ballot prior to Nov. 4, the Democrats are now holding on to the slim hope Legislator Denenberg can top county Legislator Michael Venditto (R-Massapequa), the Republican nominee for a district which represents South Shore communities in both Nassau and Suffolk.
The state Senate is the only branch of New York State government where the Republicans hold any influence, and that’s because a few Democrats decided to caucus with the GOP. The so-called Independent Democratic Conference (IDC) is led by state Senator Jeff Klein (D-Bronx/Westchester), who has been running the Senate with state Senator Dean Skelos (R-Rockville Centre).

Having survived a Democratic primary challenge earlier this year, Senator Klein is now publicly saying he’d like the IDC to reunite with their fellow Democratic state Senators, a move which would adversely impact Long Island, if the GOP is unable to win 32 of the 63 state Senate seats next month. To refresh everyone’s memory, the 2009-2010 Democratic-led state Senate approved the Metropolitan Transportation Authority’s (MTA) payroll tax, which to this day extracts more than a $1 billion annually from the downstate economy.