Myths About Living In New York City—Are Any Of Them True?

How a Farmingdale teacher gives back to kids with cancer Tracy Vicere is a survivor. What else would you call someone who beat both Hodgkin’s...
Read more
News

There is no right way to start a small business, especially during a pandemic. But the Macri sisters believe they have figured it out. Gabrielle...
Read more
People & Places

Middle class living in the big city Manhattan Island is the most famous such area in the world. Sitting next to it, near the Queensboro...
Read more
TOP STORIES 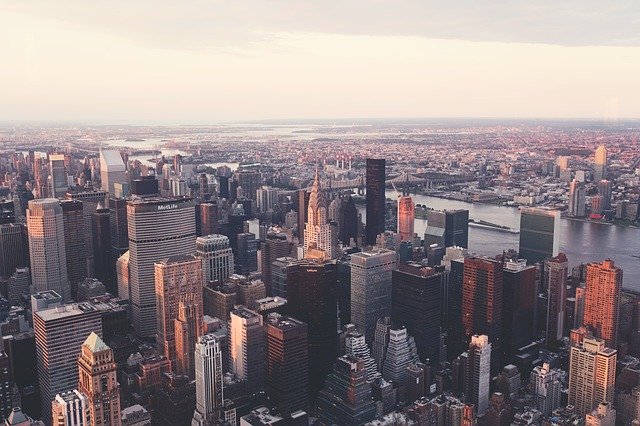 If there’s one thing that modern society has taught us, it’s that you should never underestimate the power of pop culture. Just take a look at New York City as the perfect example. Is there a city in the U.S., or even in the world, that has been attacked by more fictional monsters and threats in film and literature? And let’s remember that these works of fiction aren’t the only myths about living in NYC. After all, there are countless facts about living in New York City that have penetrated the pop culture of even the most remote places of the globe.

So, are these rumors about the Big Apple true or false? We’ll dive into it right here.

Let’s start with an unpleasant New York staple right off the bat—and that’s unpleasantness. Yes, New Yorkers do have something of a rep for being abrasive and rude. But if you’ve spent any time in New York at all, you’ll know that this isn’t true at all. In fact, New Yorkers always tend to lend any stranger a helping hand when they’re in need.

For instance, regardless of how long you live here—you could still be baffled by public transport or the way you’re supposed to get somewhere. In such a situation, you’ll find that the good people of New York city never fail to provide assistance. That being said, while we wouldn’t say that New Yorkers are cold or rude, you shouldn’t also expect them to go above and beyond without first asking them for help.

While there’s still a chance you could get assaulted or mugged in New York, like in any big city, depending on which part of town you’re in, the local crime rates have dropped enormously in the past couple of decades. The heydays of New York crime are long behind us, and this bustling metropolis is much safer for people of all colors and creeds. 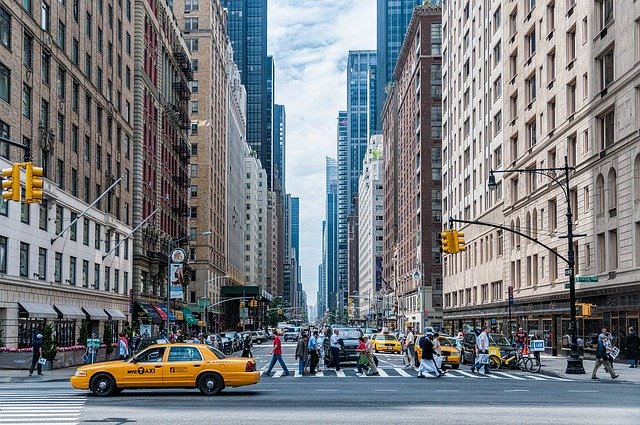 Another thing pop culture has taught us about New York is that the traffic here is terrible and that everyone drives horribly. There’s the old joke about New York—you should never buy a car in the Big Apple, nobody drives because there’s too much traffic.

Still, all jokes aside, the traffic here is pretty dense, there are no two ways around that. But still, it’s not exactly the fault of the drivers themselves. When you’ve got so many road hazards, cyclists, pedestrians, and other fellow cars to think about—you need to be a bit aggressive and decisive.

Sure, with the subway, you most likely won’t need a car if you’re living in Manhattan and not the suburbs. But a lot of people, especially families, still buy them. And one thing is definitely true about cars and New York: parking is so expensive that it physically hurts.

Many people who haven’t visited New York believe that this place is a soulless concrete row of blocks. However, while not every single street has a tree line, the concrete jungle assertion is definitely far from the truth. In fact, you needn’t look much further than Central Park, with almost 850 of prime real estate in Manhattan covered with greenery.

And while we’re at it, let’s dispel another myth. While Central Park is the most popular one, it’s not even closely the biggest park in the Big Apple. In fact, it’s only the fifth-biggest one! The first place goes to Pelham Bay Park. 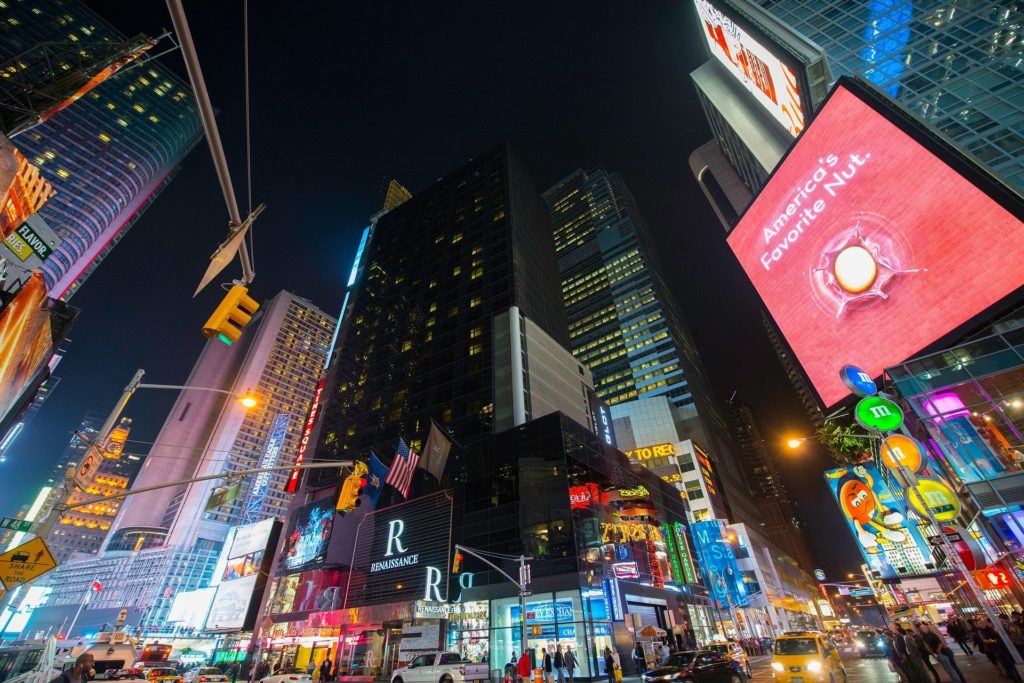 As most popular global cities do, New York has its share of nicknames as well. And one of them is the “city that never sleeps.” But that’s only true of some parts of the Big Apple. If you happen to live somewhere on the Upper East Side, you probably know that New York can be a city that very decidedly sleeps. In fact, you’ll be amazed if you find anything other than a diner that works after 11 p.m. if you’re up for some dinner.

New York is definitely not entirely a city that’s always open for business, but you’re likely to find cars and people on the streets and lights on at every hour, especially in high-traffic areas like Times Square.

One of the most oft-repeated facts about New York City is how expensive living there is. And sure, you can definitely find a place in which a cocktail costs 20 bucks or an omelet for brunch costs a hundred. But you can also be thrifty and find some discount places.

We won’t lie to you though, the rent here is pretty horrendous. The only place in the entire country that has higher rents on average is San Francisco. Around here, it’s completely reasonable to pay insane amounts of money to live in a place with three or four roommates. And the prices are steeper for supermarkets, gyms, and even chain restaurants.

Simultaneously, New York also offers a lot of different places where you can have some fun for free, or at least at a discounted price. There are plenty of free concerts and other events going on, including movies and museum nights. 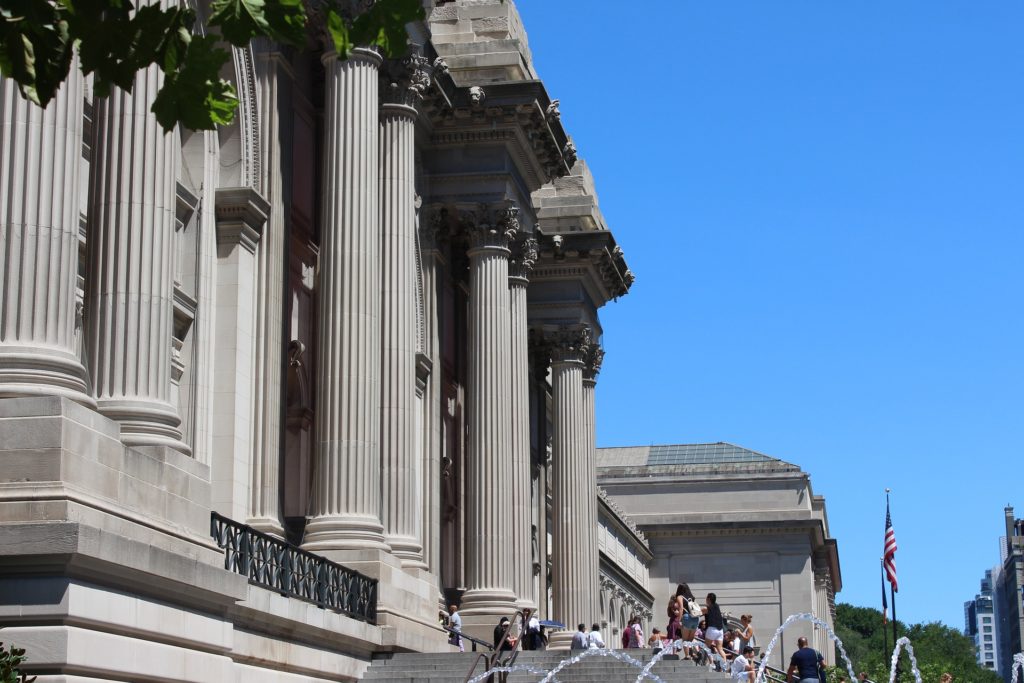 When it comes to cheap eating, New York can also offer a lot of pleasant surprises. For instance, dollar-slice pizzas are practically thrown at you wherever you go. And if you’re up for other street food, New York has everything you need—from cheap gyros carts to amazing wontons and dumplings. With enough research, you can find great food around here for amazingly small prices.

As you might have gathered, most of the myths about living in NYC aren’t blatant lies. But they’re still almost always blown way out of proportion, and it takes just a little of local living experience to realize that this is the case. With that in mind, you should definitely go into this town with an open heart; you’re bound to be pleasantly surprised!

James Goodman is a freelance journalist, writing about all aspects of life in New York—from moving companies like Heart Moving Manhattan to food truck recommendations.