In my house, we weren’t allowed to watch or listen to anything Christmas until Thanksgiving. So as the day of the Turkey kicks off with the classic Macy’s Day Parade, several hours of family and food and then a turkey coma, Thanksgiving is the time of year when everything officially ushers into the Christmas and holiday season.

Finish digesting with some good old fashioned holiday movies as you gear up for the man in the big red suit and Hannukah Harry.

What better holiday movie than this one? It’s A Wonderful Life stars James Stewart as George Bailey, who wishes he had never been born, when an angel (Henry Travers) is sent to earth to make George’s wish come true. It isn’t until he sees a world without himself that George realizes just how many lives he has impacted. In the end, it’s all about family and being grateful for what you have in life, and if you need a reminder, this classic is the perfect answer. 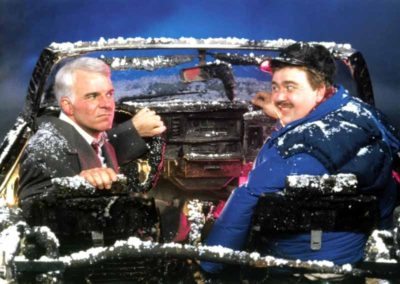 Teaming up with someone who is the complete parallel opposite of you is no easy task. That’s what happens when control freak Neal Page (Steve Martin) and the annoyingly talkative Del Griffith (John Candy), must find a way home together after the airport cancels all flights just in time for Thanksgiving. A comedy classic that will have you laughing off all of those turkey calories.

Tom Hanks voices several characters in this book turned movie that is all about believing in Christmas magic. When the Polar Express comes to town for its annual trek to the North Pole, a young boy doesn’t believe in Santa’s existence until a train ride on Christmas Eve night changes his life. 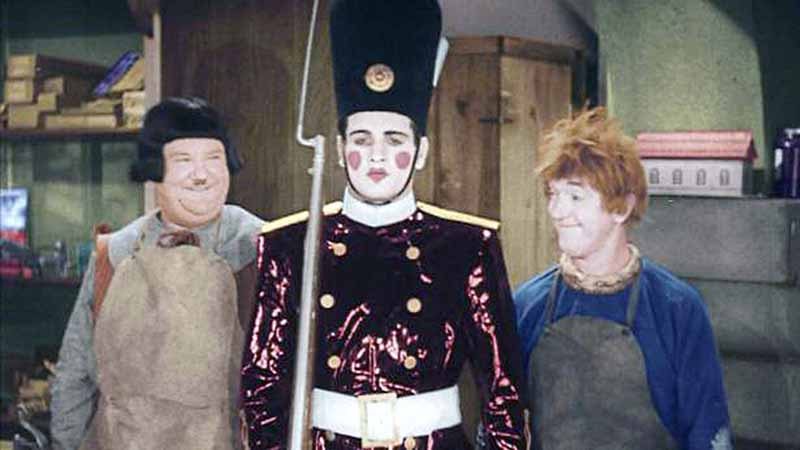 While some may know this movie by its original title Babes in Toyland, March of the Wooden Soldiers is a holiday classic. The musical comedy stars Stan Laurel and Oliver Hardy as Stanley Dum and Ollie Dee. The two must borrow money from their employer, the toymaker, to pay off the mortgage on their residence in Mother Peep’s shoe, all while protecting Little Bo Peep from the clutches of the evil Barnaby.

A perennial favorite year round but especially during the holidays, everyone’s favorite 8-year-old makes many appearances on television while continuing to bring laughs throughout the season. Kevin McCallister (Macaulay Culkin) becomes a part of everyone’s family this time of year as he rallies to save his house and his Christmas after his family leaves him alone not once, but twice as they go on vacation. Kevin soon realizes that it’s not the holidays without your loved ones.