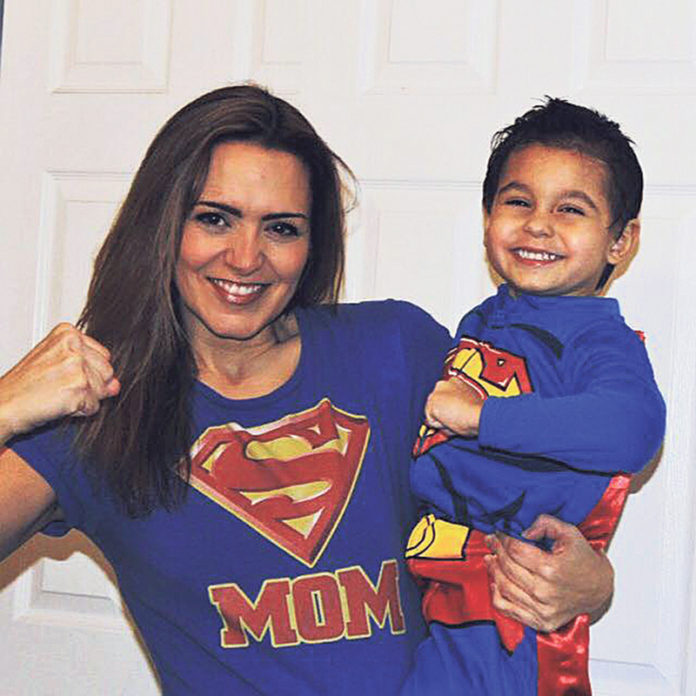 Known by her Internet pen name as “Six Pack Mom,” Stephanie Ortiz did not reach her current level of social media fame by drinking countless packs of beers, but she certainly may need a drink after raising her six children.

What some may see as a stress-inducing situation, Ortiz uses as material for her widely-read comedic blog and associated social media platforms, which highlight the absurdity of her day-to-day life with her kids aged four, five, seven, 11, 13 and 14, and her husband, whom she refers to as “The Captain.”

“I’m thankful that my English degree has enabled me to invent creative and colorful profanities as I plunge a toy car from the toilet. Again,” reads one of her recent tweets.

Ortiz, who has always had a flare for creative writing and possesses an English education degree, never had any intentions of being a mommy blogger, but when she began posting short, witty anecdotes about her personal life on her Facebook page, people began to take notice. 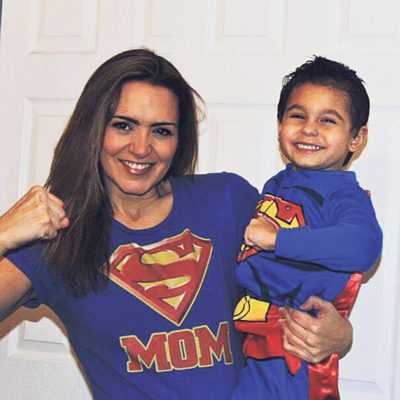 After many friends and followers told her that she may be onto something, suggesting perhaps she write a book, she decided to expound on her short blurbs, transforming them into short stories. After a website came a corresponding Twitter account, Facebook page and Instagram handle, and thus the Internet sensation “Six Pack Mom: Life at the Helm of the Half Doz” was born.

“What I’ve learned is that parenting is so hard. Even if you are in complete control most of the time, you still have trainwreck days,” said Ortiz, a Garden City South resident. “Using humor is my way of venting any frustration I may have, and usually the most humorous, best reads come from complete chaos.”

With headlines like “Riding the Vomit Comet,” “A Near CATastophe” and “Drowning in the Carpool,” Ortiz’s life constitutes for chaos indeed, but she says she wouldn’t trade the mayhem for the world.

“I basically had this idea that I’d be single forever, I had no urge to get married. I’d have tons of cats, tons of books, and maybe one day be professor and travel the world,” she said. “Then I had my first and said, ‘I can do this again.’ Then came another, and another and another.” 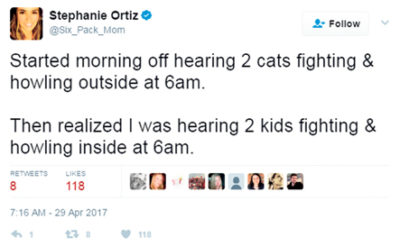 The mother of six, with four daughters and two sons, has since been featured on prominent media outlets, including Huffington Post, Daily Mail, Babble, USA Today and Reader’s Digest. One Buzzfeed article about Ortiz, thought deserving of a repost by Kourtney Kardashian and Kris Jenner, went viral, gaining Six Pack Mom a devoted global fan base.

To date, Six Pack Mom has amassed more than 16,000 followers on Twitter, nearly 1,700 likes on Facebook and an Instagram following of about 1,300. Despite her growing success, Ortiz claims she isn’t in it for the likes and follows and subsequent e-fame.

“I kind of do it for my sake,” she said. “Writing is a huge part of who I am personally. This is my own thing for myself, not a way to keep my numbers high.”

With that, Ortiz says she will keep writing away, and it is clear that she will not be lacking in inspiration anytime soon.

To read some of Ortiz’s latest posts, visit www.sixpackmom.com, or check out her Twitter and Instagram @six_pack_mom.