Memorable moments dot the New York sports landscape, with flashes of glory living on thanks in part to sportscasters employed to vocalize the first draft of history.

It could be a moment as seemingly unimportant as a mid-summer baseball victory or as monumental as a championship clincher—either way, an on-point play-by-play analyst provides a crucial element to the game that does not show up in the box score. When Brendan Burke, 32, took over as the man in the booth for the New York Islanders when venerable voice Howie Rose stepped aside last summer, it was the realization of a dream born during his father’s days as a sports scribe for New Jersey’s Bergen Record.

“That afforded me some great opportunities,” said Burke, recalling one night in particular when, at an early age, he sat in with John Sterling and Michael Kay as they broadcast a Yankees game from Fenway Park. “At some point I realized it’s an actual job and I could get paid to do it. I thought it was the greatest thing.”

His father Don is now a writer for the New York Post, while Burke is currently in the midst of his first season calling games for the New York Islanders with analyst Butch Goring on MSG Networks. While his career trajectory was always guided by baseball, Burke grew up playing hockey—first in his native Wisconsin and later at Paramus Catholic High School in New Jersey and then on the club team at Ithaca College. 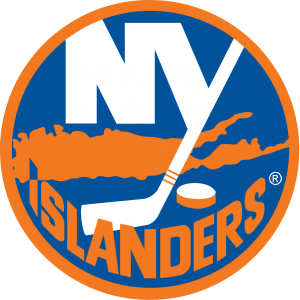 That time on the ice gave Burke a vital inside look at the game and helped him develop skills he would later bring into the booth.

“Everyone in hockey has their own skill set. I was never the biggest or the fastest, but I had good hockey sense,” he said. “It’s no different in the press box. I still see things developing and I can anticipate plays pretty well—perhaps better than someone who never played hockey.”

As for experience in the booth, before calling some games as a fill-in voice for the St. Louis Blues, Burke called play-by-play for the Utica Comets of the American Hockey League after minor-league stints in West Virginia and Illinois.

His in-booth background has certainly prepared him for the professional ranks, but Burke said he was still shocked when he landed in a sports market that has boasted names like Sam Rosen with the Rangers, Doc Emrick with the Devils and, of course, Jiggs McDonald and Howie Rose with the Islanders.

“I spoke to Howie throughout the process leading up to getting the job. And when I got it, I heard from Jiggs that day,” said Burke. “Howie called me just before I went on air for the first time. He said, ‘don’t act like you’re filling in for anybody. This is your job.’ The fans don’t care that I’m new—they want to hear me call the Islanders game.”

Growing up in New Jersey, Burke knows precisely the brand of passion brewed by the Islanders’ fan base. And in his short time calling games, he’s already heard countless words of encouragement from fans on Twitter, as well as in person at Barclays Center, as the booth sits among clusters of fans in the arena.

While players move up and down the ice in front of him, Burke remembers the words of his father, the incredibly proud and bound by ink sportswriter.

“He said to me, maybe tongue-in-cheek, ‘you don’t want to be a writer, you want to be a broadcaster. It’s less work and more money,” said Burke. “He’s afforded me every opportunity every step of the way. And when he’s covering the Mets or some other team, he always has my game in one ear. He’s a huge influence on me and the first person I wanted to call when I got the job.”