Everclear was founded in Portland, OR, in 1991 by Art Alexakis, who had recently moved to the area from San Francisco with his soon-to-be second wife. She was pregnant and the duo decided it was a better place to raise their child. Within three years, Alexakis’ band was signed to a major label deal and while the lineup has changed over the years, the Los Angeles native is still calling the shots in 2017.

The following are some of the most memorable shows Alexakis and Everclear have played in the nearly three decades the band has been together. 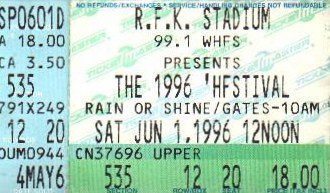 “We played a show called the HFStival in Washington, DC. It was really big in the early to mid-1990s. We played to 87,000 people at RFK Stadium. I remember playing ‘Santa Monica’ and there was this moment of silence when everyone realized what it was and there was this huge guttural sound of people applauding and you could just see on their faces that they had connected into the song. Then they started singing along with me and I was looking on to the side of the stage and people who had been in the industry for years had just had their jaws drop. Every person in that stadium was singing that song as far as I could see. And you could see a picture of it. If you go to YouTube and type in Everclear and HFStival, there’s a picture of me playing in front of this huge arena that’s just packed. It’s pretty amazing.” 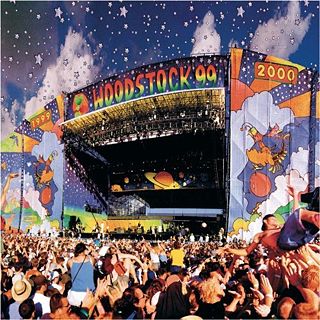 “[What stuck out for me was] the fact that they were calling it Woodstock, yet it was on an airport tarmac and they were selling water for $10 a pop. There was word that little girls were getting sexually molested and raped in the pits. Then someone had the bright idea to give lit candles to thousands and thousands of people. I saw that one coming. I said we were getting out of there and we left before the Red Hot Chili Peppers played. They had all the candles and basically set everything on fire. The thing I said about the original Woodstock is that there were no vendors backstage. It wasn’t as premeditated. It went wrong so the human aspect could make things go right. That wasn’t happening in 1999 at all. It was just a big ugly rock concert. But I remember standing on the side of the stage watching Rage Against the Machine Play and felt like I was watching Led Zeppelin back in 1968. The power, grace and beauty of it was unbelievable. There were some really great experiences there.” 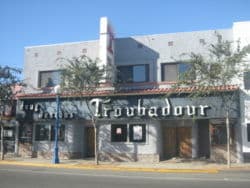 “I remember playing The Troubadour in Los Angeles the day before we made the video for ‘Santa Monica,’ which was really big for us. We were touring constantly. We’d been in one bus, but we went back to the van. I remember playing that show and we were so tight because we were playing constantly. I remember there was a review in the Los Angeles Times that said, ‘…this band and this artist had come of age. This is the best thing that we’ve seen that’s going on in the alternative music scene.’ It was the best review I’d ever gotten since and it really helped blow us up. It was pretty great. That was a time when we were working constantly and exhausted, but we were running on endorphins and adrenaline at that point.”

Everclear will be appearing with Fastball and Vertical Horizon on June 6 at Irving Plaza, 17 Irving Place, NYC. Visit www.livenation.com or call 212-307-7171 for more information.