Mementos From The 1969 World Series 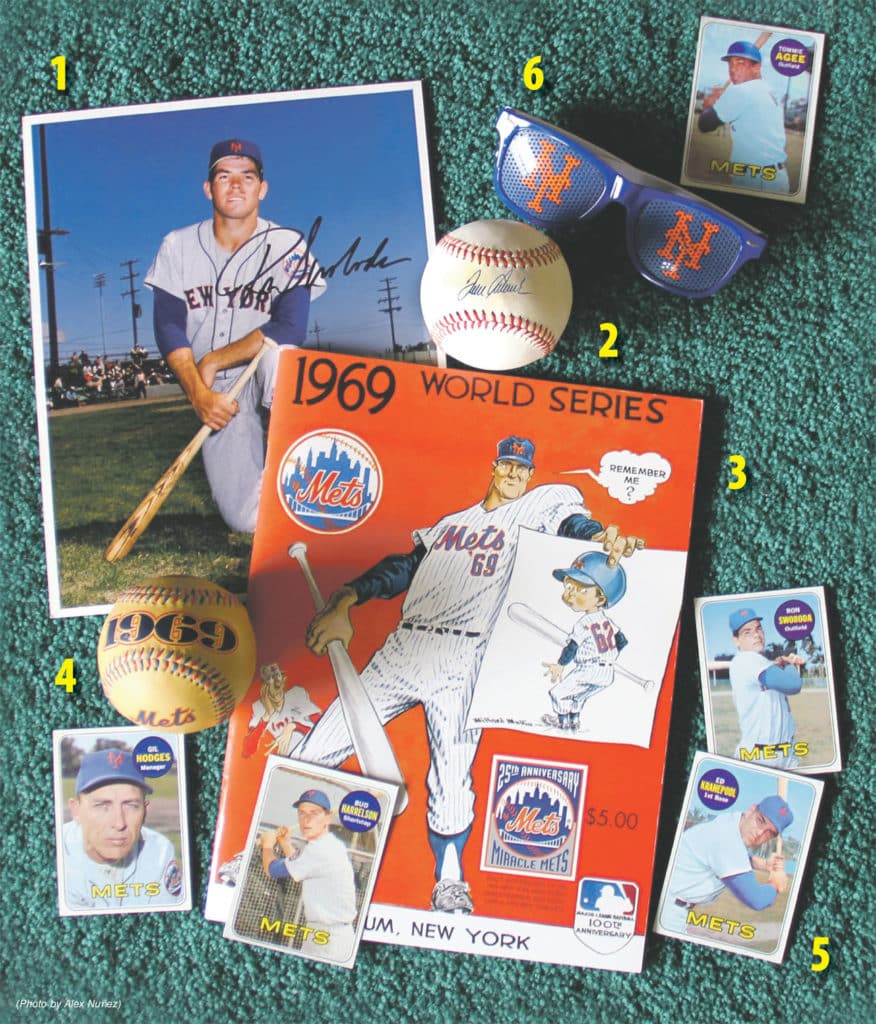 Historical moments in Hollywood, sports and current events find a way of making it into our homes as collectibles. These items come in the form of photos, books, news clippings and rare items from another time.

Fifty years ago, the New York Mets became the Miracle Mets when they won the 1969 World Series. Anton Media Group president and avid collector Frank Virga’s treasure trove of Mets paraphernalia only scratches the surface of how such a momentous occasion in sports history was marked.

A photograph of the Mets rightfielder, who was credited with making what was deemed “the greatest catch of all time.” The aforementioned moment sees the athlete stretched almost horizontally, just inches off the ground, which became an iconic image for Mets fans. Today, the Right Field entrance gate of Citi Field, the current home of the Mets, features a metal silhouette of a baseball player making a diving catch similar to the one Swoboda made during the 1969 Series.

Nicknamed “Tom Terrific” and “The Franchise,” Tom Seaver pitched in Major League Baseball from 1967-86 for the New York Mets, Cincinnati Reds, Chicago White Sox and Boston Red Sox. He played a major role in the Mets’ victory in the 1969 World Series. In fact, Seaver’s powerful right arm is credited as one of the major reasons how the Miracle Mets won the World Series. The pitcher took home his first National League Cy Young Award that year and was inducted into the Baseball Hall of Fame in 1992.

The original 1969 World Series New York Mets Yearbook was a great keepsake for fans. It included a team photo, scorecard and player profiles.

Sold at Shea Stadium as a souvenir, this baseball commemorated the 1969 World Championship, which earned the Mets their nickname, The Miracle Mets.

Some of the 1969 team starting lineup graced these vintage Topps chewing gum cards, which became extremely valuable if you managed to collect the entire 1969 team.

Akin to today’s bobblehead or bat giveaway, this pair of sunglasses was a popular giveaway decades later.