Author and journalist Candace Bushnell is most widely known for her popular collection of essays titled Sex and the City. First published as a number of columns in The New York Observer and later rereleased in book format, Sex and the City exploded into public consciousness when it was loosely adapted into one of the most popular HBO television series of all time and two blockbuster movies.

On Monday, Aug. 12, at 7:30 p.m., the Cinema Arts Centre will be hosting Candace Bushnell for an exclusive Long Island appearance. Candace will be in conversation with author Ellen Meister, discussing her life, the impact of Sex and the City, and her new novel Is There Still Sex in the City?, among other things. Audience members will have the opportunity to ask Candace questions, meet the author and have their copy of her new book signed. 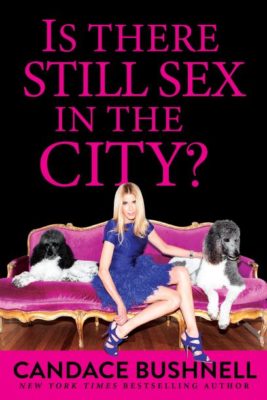 Candace Bushnell is the critically acclaimed, internationally bestselling author of Sex and the City, Four Blondes, Lipstick Jungle, The Carrie Diaries, One Fifth Avenue, Trading Up, Summer and the City and Killing Monica. Sex and the City, published in 1996, was the basis for the HBO hit series and two subsequent blockbuster movies. Lipstick Jungle became a popular television series on NBC, as did The Carrie Diaries on the CW.

Now, in Is There Still Sex in the City? Bushnell returns to the city to give us another piercing, sly, and sometimes heartbreaking look at sex, dating and friendship in New York City after 50. Bushnell looks at love and life from all angles—marriage and children, divorce and bereavement, as well as the very real pressures on women to maintain their youth and have it all. This is a pull-no-punches social commentary and an indispensable companion to one of the most revolutionary dating books of the 20th century.

Admission for the program is $45 for members and $50 for nonmembers and includes a copy of the book Is There Still Sex in the City?, the author talk, audience Q&A and a book signing reception.

Long Island LitFest was founded in 2015 by the award-winning journalist and author Claudia Gryvatz Copquin, who produces all of the events under the LitFest banner. Its mission is to bring together readers and writers and to provide best-selling authors with a forum for their works via talks and book signings. To date, LitFest has featured special presentations with Jodi Picoult, Lee Child, Anna Quindlen, Nelson DeMille, Alan Zweibel, Lidia Bastianich, Wally Lamb, Alice Hoffman, Andre Aciman, Katy Tur and many other best-selling authors.