Molloy College is welcoming a new president this year who is hitting all the right notes in his commitment to furthering higher education at the independent Catholic college based in Rockville Centre.

In December, John P. McEntee, chair of the Molloy College Board of Trustees, announced that Dr. James Lentini will become the seventh president of the college on July 1. Dr. Lentini was unanimously approved by the board.

Dr. Lentini, who is currently serving as senior vice president for academic affairs and provost at Oakland University in Rochester, Michigan, brings more than 30 years of higher education experience to the college. Prior to his being named, Molloy’s 13-member search committee—comprised trustees, faculty members, administrators and a student representative—reviewed the profiles of more than 80 potential candidates during an eight-month search process.

“Dr. Lentini is a passionate and thoughtful leader with a proven track record of success in academic program development,” McEntee said of the college’s incoming president. “His experience in inspiring, leading and sustaining transformational change will allow Molloy to build on the distinguished service and visionary leadership of Dr. Drew Bogner, Molloy’s current president.”

Dr. Lentini came to Oakland University in 2013. Prior to his appointment at Oakland, he served as dean of the College of Creative Arts at Miami University (Ohio) from 2007 to 2013. He was the founding dean of the School of Art, Media and Music at The College of New Jersey from 2003 to 2007 and served on the faculty and administration in the Department of Music at Wayne State University (WSU) from 1988 to 2003.

As senior vice president for academic affairs and provost at Oakland University, he worked closely with deans and faculty in overseeing the development of new and innovative academic programs, including a newly-formed School of Music, Theatre and Dance and the Oakland University William Beaumont School of Medicine, which graduated its charter class in 2015. He led the reorganization of the Office of Research, overseeing academic and research developments that led to the elevation of the university’s Carnegie Classification from R3 to R2 category (Doctoral University – High Research Activity).

An internationally recognized composer and classical guitarist, Dr. Lentini is a voting member of the National Academy of Recording Arts and Sciences Grammy awards and is a recipient of, among other musical honors, the Andres Segovia International Composition Prize. His compositions have been performed and recorded by national and international ensembles and Gramophone magazine called him “an American classical music success story.” 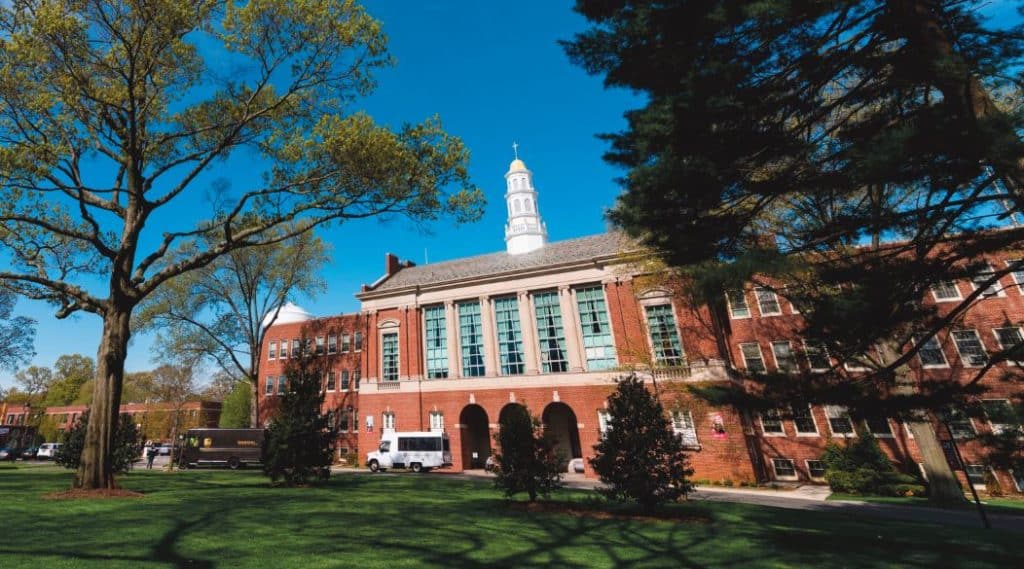 Dr. Lentini, who has two sons, Luke and Noah, and a daughter, Evalina, with his wife, Dana, said he is looking forward to joining the campus community this summer. We spoke to him about his vision for the school and how he’s preparing for his new role as president.

Q. Why did you decide to pursue a career in higher education?

A. This opportunity connects my passions in a profound way. I love the types of programs Molloy provides. Catholic education also resonates strongly with me and my family. I loved higher education as I was experiencing it myself as a student, all throughout the ranks of earning a bachelor’s degree, a master’s and a doctorate. Teaching has always been something that came naturally to me so in addition to my professional work as a musician, composing pieces and playing classical guitar, being in higher education meant something to me. It is a continuation of something I always loved as a student.

Q. Molloy currently serves a population of approximately 5,000 undergraduate, graduate and doctoral students. These students can earn degrees in a variety of academic programs, including nursing, business, education, social work, music therapy, computer studies and many more. What drew you to taking the position Molloy College?

A. I knew of Molloy because of its musical theater program, and my friend and former colleague is the president at St. John’s College and he told me about Molloy, too. It connected the dots for me. He told me about Molloy’s presidential search. The closer I looked into it, the more it seemed like the right fit. It attracted me because of its programs and Catholic education. It was a natural connection. Nursing is really big at Molloy. As provost [at Oakland University], I oversaw nursing, health sciences, business, education and arts and sciences. The programs resonated with me, especially the excellence in nursing at Molloy. It was a blend of the academic programs Molloy currently follows and their quality level as well as the arts that interests me.

Q. What do you hope to accomplish in your new role as president?

A. I’d like to update the strategic plan. Molloy has a strategic plans that goes through 2021 so now is a good time to take a look at what we want to do to move forward. I’d like to expand resources so we can do more excellent things through strategic development and program growth. Nursing is a large part of the enrollment at Molloy, which is terrific. I’d also like to look into what we can do in other capacities—in business, education and the arts and sciences—to bring enrollment up, in addition to keeping the strength of the nursing school enrollment. Other things include, programs for adult learners, perhaps more online programs, in addition to our face-to-face undergraduate programs. I am interested in increasing fundraising and endowment at Molloy. I would like to expand corporate partnerships. It is such a great location in proximity to New York City. I’d like to partner with healthcare institutions and financial institutions, among others.

Q. What challenges do you anticipate in your new role?

A. There are always challenges. Almost all colleges and universities have limited resources. It is a happy challenge for me to get everyone trying to envision the future and pick the right things to move on. There will be things we want to do quickly and things we want to do long range. The challenge will be to get everyone excited about the same initiatives so we can work together. Higher education, nationally, is having a challenge of people questioning the value of a four year degree, which I think is a little unfounded. Molloy is in a good spot. They have grown their enrollment for a long time so people feel great about this institution. The positives will outweigh the challenges, easily.

Q. How are you preparing for the new role?

A. I studied every piece of information, from the budget to enrollment patterns and academic information. I am starting a listening tour immediately. I wanted to hear every voice—the faculty, the administration, the students and alumni—to figure out what people’s ideas are for Molloy. I will make sure it is completed before we jump with two feet in on the initiatives I was speaking out. Knowing that I’ll be living in the community and being a part of the campus community and connecting the values that Molloy offers is something I am really looking forward to.