The last time Melissa Etheridge was in a recording studio was for the 2016 collection MEmphis Rock and Soul, a collection of Stax-Volt-inspired covers that allowed her to pay homage to a number of different influences including William Bell, The Staples Singers and Otis Redding. The 2016 presidential election and much of what happened in its aftermath proved to be the kind of shock to the system that immediately sent Etheridge into the studio. The end result was the forthcoming The Medicine Show, the 15th studio album by the Kansas native.

“I started thinking about this new album in 2016 when I was sure that we were going to have this great new female president. Where we all went at the end of 2016 really had an effect on me. I realized that now it was about inspiring because this was depressing. And it’s times like this where I know music and art can do so much,” she explained. “I decided to mirror this and use some of these instances [for creative fuel]. So all of 2017, I got some notebooks and started writing things down and picking up pictures and thoughts and putting a notebook of inspiration together. I knew that this next album was going to be about this time because 20 years from now, you’ll be able to look at this album and see that it’s a microcosm of 2018. I have no desire to preach to anybody. But I do want to reach into the hearts and minds of people and really give hope and find a way to inspire through this.”

The 11 songs Etheridge recorded throughout 2017 and early 2018 found her certainly pulling from current events to paint a picture of what this country was going through in this current day and age. “The Human Chain” offers hope for healing while “Shaking” finds the heartland rocker addressing the inner turmoil of anxiety. Health and wellness are at the core of the album, be it the psychological or physiological. It gets readily addressed via “Here Comes the Pain,” which focuses on opioid addiction and also in album-closer “The Last Hello,” which was informed by the horrific Parkland School shootings. 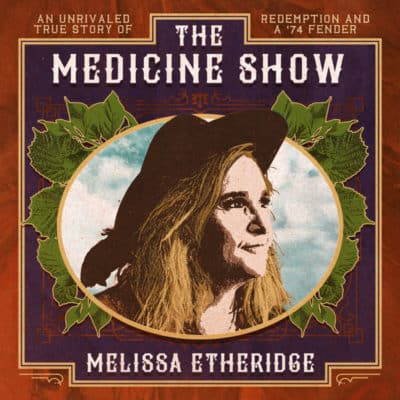 “I was actually in the studio [when Parkland happened]. It all really depressed me but the next day when I saw those kids—I saw Emma Gonzalez and David Hogg get up and speak—for me, there was the shining light we should follow,” Etheridge recalled. “So I put my mind and heart in that place of a survivor and started doing a little research. There are a lot of people that have died in school shootings, but there are 150,000 people who have survived school shootings. When I start thinking of all those people that have seen this horrific thing and lost their friends, it’s as simple as trying to take this huge issue and place it in the very small fact of someone wishing they could see their friend. So that’s where I came from with ‘The Last Hello.’”

And as someone who has been cancer free for 15 years, the role of medicinal marijuana has shaped her worldview regarding wellness and yielded the aforementioned “Here Comes the Pain.”

“I understand [marijuana] as medicine and I’ve been an advocate for it for 15 years. I’ve seen our attitudes towards it change and I’m very happy with where it’s going. I’m in the business—we’re very close to launching Etheridge Farms very soon. It’s a very crazy time here with a lot of regulations and things like that,” she said. “I think cannabis is just a part of an overall new wellness/health paradigm that’s really changing. People are seeing that the opioids being prescribed not only stop pain, but they stop life. People are finally looking for something else, knowing there’s something else. We’re all starting to look to our own bodies and our own responsibility of how to make life vibrant and how to make health a big part of it. Health can be sexy, and that’s where I’m at right now.”

Currently set to hit the road, Etheridge will be playing out quite a bit this year, only stopping long enough to pen some songs for an upcoming Broadway production based on the 1988 coming-of-age film Mystic Pizza. As someone who loves to play live, the 57-year-old singer-songwriter is always cognizant of making sure her fans come first.

“I’ve had 30 wonderful years of putting together the perfect set list. I now have interchangeable songs and a set of hit songs that we do every night and love to do. I am so grateful to start ‘Come To My Window’ and hear everyone singing at the top of their lungs. So every show that you’re going to come see me, you’re going to hear the hits,” she said. “You’re going to hear a couple of deep album tracks and this time out, you’re going to hear a few of the new songs. Then we will watch the new album, see how it sells and keep the songs that they latch on to—the ones they love and the ones that they request. I really, really watch, because it’s about that experience. It’s not about me. I have fun playing whatever, so the more fun the audiences are having, the more fun I’m having. I want a show where people are having a good time.”