If April showers bring May flowers then May brings an action packed month of big budgets, big stars and a lot of greatly anticipated sequels to our theaters. The following are just a few of the many exploits that await you.

Guardians of the Galaxy Volume 2 (PG-13)

May 5 sees the much anticipated return of Guardians of the Galaxy Volume 2, starring Chris Pratt, Zoe Saldana, Vin Diesel, Bradley Cooper, Sylvester Stallone and Kurt Russell just to name a few. Directed by James Gunn, this sequel to the blockbuster hit of 2014 follows the gang as they search for clues to Peter’s real ancestry while gaining new allies along the way to assist them against new danger. If this superhero film is anything like the first, you will be laughing throughout.

On May 12, Guy Ritchie, best known for his brilliant directorial work in Sherlock Holmes and its sequel in 2011, brings us King Arthur: Legend of the Sword under his direction. Charlie Hunnam, generally recognized for his role as Jax in Sons of Anarchy, takes on the lead role of Arthur. There have been numerous versions of King Arthur throughout the years but with a cast including Jude Law, Annabelle Wallis and Eric Bana, this movie is certain to be remembered as we follow Arthur on his quest to conquer the villain, Vorigern (Law), who deprived him of his birthright by killing his parents.

On May 19, Ridley Scott directs an all-star cast of James Franco, Michael Fassbender, Billy Crudup and Katherine Waterson in this sequel to 2012’s Prometheus. The current crew of the Covenant happens upon a remote planet that at first seems like utopia. They soon find out that this seeming paradise is occupied by unimaginable monsters they must fight in attempt to escape. Fassbender returns as an android, this time named Walter. A great science fiction horror film to kick off the movie season. 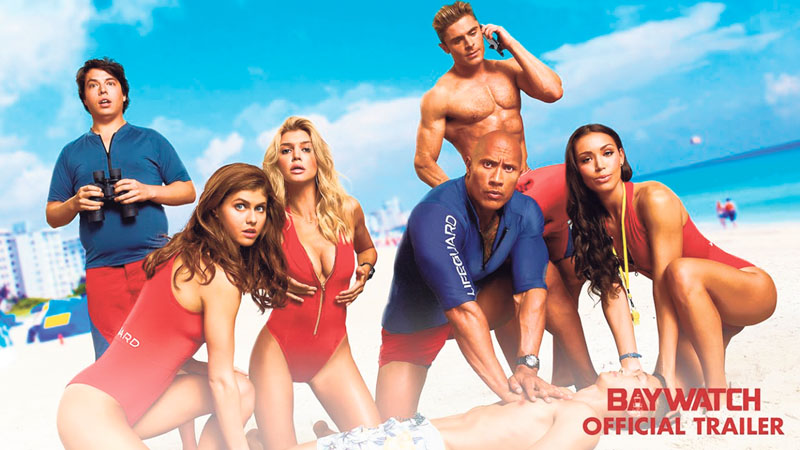 Memorial Day weekend kicks off early on May 25 with the debut of Baywatch. This action/comedy directed by Seth Gordon stars Dwayne Johnson, Zac Efron, Alexandra Daddario, Priyanka Chopra and Kelly Rohrbach with small cameos by original Baywatchers Pamela Anderson and David Hasselhoff. This movie is based on the hit TV show of the same name following the characters of Mitch Buchanan (Johnson) and Matty Brody (Efron) as they must come together despite their differences to save the Bay community. Sure to be a blast from the past for many people and perhaps acquire a new cult following.

Pirates of the Caribbean: Dead Men Tell No Tales (PG-13) 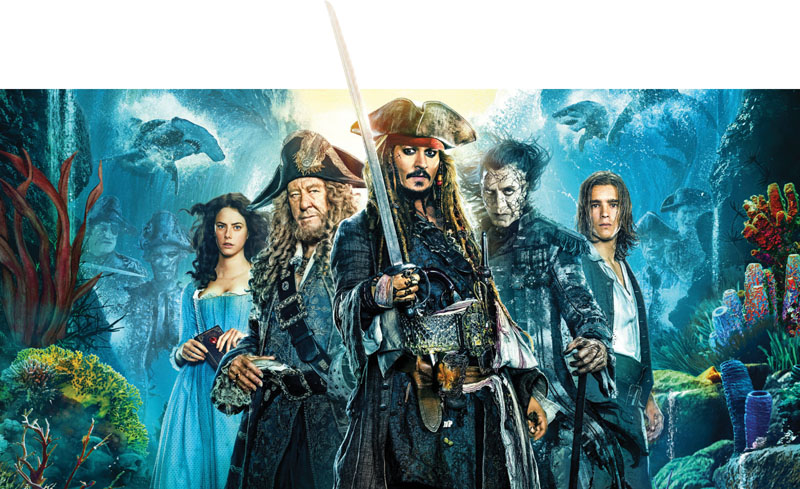 Lastly, on May 26 the ship comes in for the fifth installment of the Pirates of the Caribbean franchise, Pirates of the Caribbean: Dead Men Tell No Tales. The film stars the unrivaled talent of Johnny Depp, who reprises his entertaining role as Captain Jack Sparrow. Directed by Jachin Renning and Espen Sandberg, the film also stars Geoffrey Rush, Javier Bardem, Keira Knightley and Orlando Bloom. This time Jack finds his life once again in peril as the chilling Captain Salazar (Bardem), escapes the Devil’s triangle on his quest to kill every pirate on the seas. Jack’s only hope is to get hold of the mythological Trident of Poseidon, which bestows total control of the seas to its possessor. If it is anything like the four before, you will be engaged throughout this side-splitting adventure.

Grab your popcorn and drink and head to the movies.