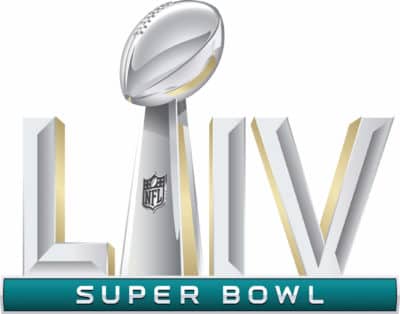 Marty Lyons spent his entire 11-year plus career with the New York Jets as a key member of the “New York Sack Exchange,” playing both defensive tackle and defensive end. Lyons helped lead the 1981 Jets to a franchise-record 66 sacks and the team’s first playoff appearance since 1969.

Nowadays, when the founding member of the Marty Lyons Foundation isn’t splitting time between the aforementioned nonprofit and being vice president of marketing and public relations at the LandTek Group, a leading athletic field construction and installation company, the Florida native spends time behind the mic as the radio color commentator for Gang Green.

Suffice it to say, the 1979 New York Jets first-round draft pick knows a little bit about football and was happy to weigh in on the upcoming clash between the Kansas City Chiefs and San Francisco 49ers in Super Bowl LIV.

What has enabled both teams to reach the Super Bowl?

Both teams have been consistent from Week 1 up through the last week of the playoffs. They’ve managed to avoid lingering injuries while playing well-disciplined games. It also helps that both teams have two of the best tight ends in the game in George Kittle and Travis Kelce.

What are the strengths of the 49ers?

They’ve got a fantastic front seven. And that front four has done an excellent job throughout the season putting pressure on quarterbacks while their secondary has been equally effective taking away passing lanes. Their wide receivers and tight end also did a great job blocking and catching the ball down the field.

What are Kansas City’s strengths?

It all starts with Patrick Mahomes. He’s playing right now as if he’s the best quarterback in the NFL—and he may be. But winning that big one—winning the Super Bowl [is something else]. Andy Reid has done a great job with his coaching staff out there. He’s not going to panic. He’s been down this road before. There is something to be said when you have a young quarterback that’s a leader and that they want to get it for the head coach. There’s a confidence his team has in him that they never wind up worrying about having to deal with a long field. Mahomes’ mobility and arm strength gives him the ability to convert a 90-yard play if his team needs it. It didn’t matter that they were down by 24 to the Texans and down by 10 to the Titans. They carry that much confidence in their quarterback. Team speed has also played a factor in Kansas City’s ability to win.

What’s the key for the Chiefs to win?

You don’t want to have to play from behind. Now I realize that they came back against the Texans and Titans, but that kind of thing eventually catches up with you. Kansas City is going to need to be explosive and play a balanced game on the offensive and defensive side of the ball. They’re going to need to play with a lead and the Chiefs are going to need to put sustained pressure on Jimmy Garoppolo and stop any long drives by the ’49ers.

They are going to need to go on long, consistent drives and put up as many points as they can. Extended ball possession means they’ll be keeping Mahomes on the sideline as much as possible.

Do you have a prediction yet?

Do you have a score?

I’m good Dave, but I’m not that good. But I think it’s going to be something like a 28-24 or 28-21 score. I don’t think you can completely shut down Kansas City. I believe a good defense is going to shut them down.

Whether I’m right or wrong, everybody has got to have an opinion. And that’s why everybody plays the game.

Super Bowl LIV will be airing on Fox at 6:30 p.m. on Sunday, Feb. 2. Visit www.martylyonsfoundation.org to find out more about the Marty Lyons Foundation.