It all started with a dream for Martin Freeman. That was the seed planted for Breeders, a British-American dark comedy about parenting co-created by the British actor with partners Chris Addison and Simon Blackwell that airs on FX. Freeman stars as Paul Worsley, who, along with partner Ally Grant (Daisy Haggard) are raising two children in London and dealing with the day-to-day of modern life. And while the premise doesn’t seem remarkable, the real-life approach in the plots is what sets this show apart from familial sitcoms full of precocious children and clueless parents.

It all started with that aforementioned walk through slumberland for the Hampshire native.
“I dreamt the scene of the first episode almost verbatim,” he recalled. “Those two things are cheek-by-jowl where one second you can go, ‘Oh my God, I would do anything for your kid’ and the next second you’re calling your baby a prick. I recognize those complexities. It sort of lent itself to me thinking that there could be something in this—a comedy. Yet it gets to points so dark and so harsh that I don’t think we’ve seen that before in a parental context. If it’s happened, apologies to that show. But I haven’t seen it to that extent that it’s hopefully very realistic and three dimensional in a way that I think parenting and family life is. I partnered up with Chris Addison and Simon Blackwell and we created the show together. We’re all fathers. We all had an understanding that parenting is complicated—that’s not a new concept. We kind of laid it out there in all of our development stories where we were telling the least flattering stories about ourselves and the most embarrassing part of us being dads.”

Now in its third season, Breeders mines the complexities of parenting with deft pivots that veer between relatable drama and pointed humor, something Freeman found lacking in other shows trolling the same subject matter.
“We knew there was some comedic life in [parenting], where when you admit to your worst things, it’s very funny after the event, but not particularly funny at the time,” he said. “There were shows that I really liked that deal with parents and kids, but I was waiting for someone to scream at their kids. You’ve just told that kid four times to put that down and he just put a hole in the wall and you’re going, ‘Oh, come on, put that down.’ No, when is the bit when you truly lose your mind with rage at a kid through repetition and frustration. We wanted that to be very present in our show. I wanted us to have the bravery to go there when necessary.”

Being a Brit of a certain age and someone whose love of music led to his being part of the 2015 documentary The Jam: About the Young Idea, Freeman was happy to share his favorite punk bands. Buzzcocks (1976-1981; 1989-present)
“I love Pete Shelley’s voice and the dark humor of it. It feels like a lot of the best sort of punk of that kind. It’s that line between being an annoying little s*** and being a very profound poet. It’s this voice that niggles away at your brain. If you weren’t in the
right mood for it or weren’t the right age for it at the time, you would have thought this was the worst music that ever happened. But if you were the right age, I was about five or six, so it wasn’t like I was in the sweet spot. But I was hearing it being played in the house—and it just felt subversive. For kids, that’s very attractive. But also, when you listen to it 40 or 45 years on, the lyrics of the Buzzcocks are really good.” The Jam (1972-1982)
“What was great about The Jam was the amazing youth and talent of them as players. But also the prodigious talent of Paul Weller, who when the first album comes out, he’s 18 years old and his voice is all there. As a player, it’s all there. His voice is already really mature. They just hit the ground running and tapped into a certain thing about suburban Englishness that is unique and that’s why they still stand with a large swain of not only British people, but certainly suburban British people. We recognize a lot of that. People from just outside the city. That certain suburban thing is very much alive and feels very English.” 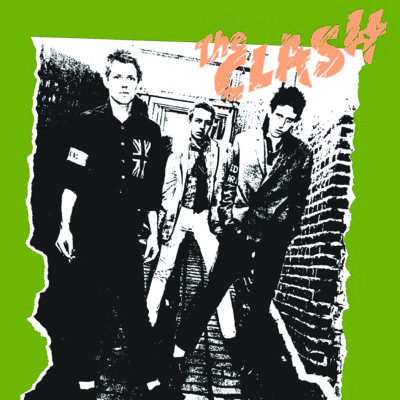 The Clash (1976-1986)
“One of the best debut albums ever. It was just amazing. They made a great racket and there is no one else like them. I quite enjoy their political pretension, even though some of it is clearly pretentious, but I like it. It’s just good sounds and really, really good songs. They made a lot of different sounds in the first few years of their career and they drew on different stuff really well.” 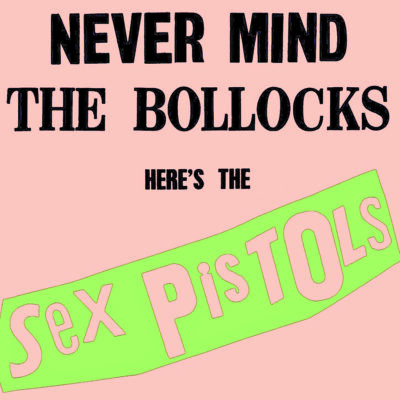 Sex Pistols (1975-1978; 1996; 2002-2003; 2007-2008)
“They had to happen. I do think John Lydon’s lyrics are truly brilliant on their first and really only proper album, Never Mind the Bollocks, Here’s the Sex Pistols. The lyrics are really good and the grooves are really great. I like them as a band but there’s no one else, before or since, like John Lydon I think in that incarnation of his work. He was the perfect kind of sneering, funny little upstart, which life is full of. Real life is full of those kinds of people, but show biz is not full of those kinds of people. Again, if you were over 30 when that happened, most people thought it was the worst thing that happened to culture. But you give it 20 years and even people like my mum ended up loving Johnny Rotten. When they first came out, she would have thought, ‘Who the hell is this?’ But then, you realize the world didn’t end and they ended up being so cuddly in a way. I think some of the lyrics to the only proper album are really good. ‘God Save the Queen’ is a great lyric. ‘Holidays In the Sun’ is a great lyric.”

Breeders airs on the FX Network.