To say Marshall Crenshaw is a rock and roll enthusiast with a deep and broad appreciation of the genre is an understatement. Casual fans may remember the bespectacled singer-songwriter for his early 1980s earworms “Someday, Someway” and “Whenever You’re On My Mind,” when he was in fairly regular rotation on WLIR/WDRE and on MTV. Or for his cameo playing 1950s legend Buddy Holly in the 1987 biopic La Bamba. But the Michigan native’s passions have had him pop up in far more corners of the music industry.

In addition to hosting The Bottomless Pit, a radio show that airs on New York’s WFUV 90.7 FM on Saturday nights, he maintained a healthy recording and touring career while occasionally being pulled into myriad musical projects. Not only did he pen the Golden Globe-nominated title track for the 2007 biopic spoof Walk Hard: The Dewey Cox Story, he was also hired to curate a collection of 1950s and 1960s country music (1989’s Hillbilly Music…Thank God, Vol. 1) and wrote a book about Hollywood’s rock music connection (Hollywood Rock: A Guide to Rock ‘n’ Roll in the Movies).

Currently, a documentary and musical tribute to African-American record producer Tom Wilson (Bob Dylan/Simon & Garfunkel/The Velvet Underground) are in Crenshaw’s creative crosshairs with the former targeted for a late 2018 release. Not bad for a guy who got his start playing John Lennon in the late 1970s national touring company of Beatlemania.

“I’m trying to make a documentary about a record producer named Tom Wilson. So I’m working on that. Simultaneously with that, I just started working on a Live at Lincoln Center salute to Tom Wilson,” Crenshaw said. “That’s just really getting started and we’ve already gotten yeses from a lot of great people. I’m not going to name any names, but that’s a thing that is really starting to take shape. I hope it doesn’t fall off the face of the Earth, but the whole thing is looking pretty good.”

The seeds for Crenshaw’s latter-day birth as a radio DJ were planted after appearing on a show hosted by Steve Earle on the late Air America, where the insurgent country icon had guests play their favorite records and talk about why they liked them. Shortly after playing a show at the Bowery Ballroom as part of the DKC/MC5 reunion tour, a conversation with friend and Dictators frontman Handsome Dick Manitoba revealed the latter was about to take a job as a DJ on Little Steven’s Underground Garage channel on Sirius/XM. It was just the push Crenshaw needed to pursue hosting his own radio show.

“When Handsome Dick said [he was getting a show], I found myself being a little envious. I thought I’d get myself a radio show and that was it. I started doing it. I knew somebody in my neighborhood that owned a radio station and I asked if I could go on the air. I was terrible, but I kept doing it until I got comfortable at it,” he explained. “Now my mind is just wired to do it every week and I really love it. It’s a really good platform for me. I look at it as being another kind of artistic exercise.”

The Bottomless Pit is a self-described weekly roundup of items from Crenshaw’s personal record collection that numbers at about 3,000 records. With about 75 percent of it being material that he has a personal connection to, some of the sources date back to the music enthusiast’s childhood including Bo Diddley’s 16 All-Time Greatest Hits and an extremely rare 45 of John Coltrane’s “My Favorite Things” on a blues and silver Atlantic Records label. It’s this kind of passion that flows through Crenshaw’s performances, whether he’s playing solo with nothing but his two guitars, a foot-stomp board and his imagination or teaming up with instrumental garage rockers Los Straitjackets later on this year.

“I never make up a set list. I just walk up there, start playing one song and then try to figure out what would go well afterwards. I just try to wing it and go with the spur of the moment,” he said. “But with Los Straitjackets, we’re going to do a lot of old rock and roll songs and leftfield covers.”

Crenshaw’s reputation as an all-world musical archivist found him working on music for the debut episode of 2016’s Vinyl, HBO’s Martin Scorsese/Mick Jagger-produced series focused on the music industry in 1970s New York City. And while it seems like it would have been the perfect fit for someone so passionate about rock and roll’s past, the experience left Crenshaw cold.

“I thought it was badly done—the acting, writing—everything. I just thought it was terrible. I was really disappointed too because I was on the recording session for the pilot and I thought it was going to be great,” Crenshaw recalled. “Everyone was really enthusiastic and I really liked the people that I met who were working on the show, like the music supervisor and his assistant. They’re really nice people and have done a lot of really great projects. My friend, the guy who produced all the sessions for the music, was also really great. Something about it just wound up biting the big one in my opinion.”

Under Cover With Marshall Crenshaw

For Marshall Crenshaw’s upcoming tour with instrumental group Los Straitjackets, he’ll be joining forces with them to play a number of obscure old rock and roll gems. Here’s a handful of songs fans can expect to hear: 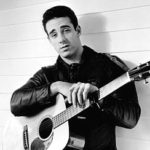 “Jack Scott was a big rock star in the 1950s, but is mostly forgotten today. In his time, he was a really big deal. All together, he had more hits than Buddy Holly, Gene Vincent and Eddie Cochrane combined. He wrote his own stuff, was from the Detroit area and a big local guy.” 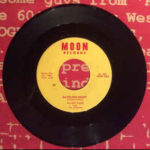 “This is a kind of great trashy-sounding record that I love a lot. And it’s a good record too. He was a guy from Memphis who recorded for a label called Moon Records. There was Sun Records and then there was Moon Records, but it never really had any hits. The president of the label was a woman named Cordell Jackson and she had a label that released a lot of psychobilly and Allen Page was one of her artists.” 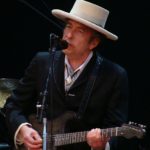 “This is one of my favorite songs from my whole life. I think it’s really up to the minute and a really great song about America right now.”