Mark Ronson: Groove Merchant With A Feeling For The Funk

When it comes to bands that have a deep appreciation and reverence for rock and roll history, The Black Crowes have always been unabashed...
Read more
Arts, Music & Entertainment

Guitar legend emerges from pandemic with new album The social distancing and other aftereffects of COVID-19 may have caused plenty of creative outlets to grind...
Read more
TOP STORIES

Mark Ronson – Uptown Special (RCA) – If there’s anyone besides the enclave over at Daptone Records and D’Angelo who’ve continued to use neo-soul as a bridge between today’s hip-hop culture and the sounds of vintage rhythm & blues, it’s been Mark Ronson. Having already used his production skills to put his stamp on seminal albums by the late Amy Winehouse and Adele, Ronson has taken the clever next step of composing and playing music while tapping various guest vocalists to drive what is his fourth studio album and first since 2010’s Record Collection. 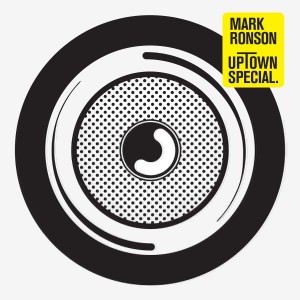 Adding to the quirkiness of this project was Ronson’s decision to tap Pulitzer Prize-winning author Michael Chabon to co-write lyrics for nine of the 11 songs that make up this project. While the chart-topping first single “Uptown Funk” features a crackling Bruno Mars on a horn-driven James Brown-meets-The-Time throwdown that threatens to be the party jam of the year despite it being so early in 2015, there’s plenty more to like about how Bronson and creative co-conspirator Jeff Bhasker steer this groove train. Having the kind of Rolodex you’d expect of music industry moguls 20 years his senior means Ronson was able to tap his icon Stevie Wonder to play harmonica for the ethereal opener “Uptown’s First Finale” and the bouncy, Kool & the Gang-ish closer “Crack in the Pearl Pt. II.” In-between, the multi-talented Brit indulges his love of Shuggy Otis/Sly Stone-like psychedelic soul (the silky smooth “Summer Breaking” featuring Tame Impala’s Kevin Parker), Rufus-sized jams (a synthy “I Can’t Lose” driven by Chaka Khan mini-me Keyone Starr) and Doobie Brothers blue-eyed soul (the sweetly bouncing “Heavy and Rolling” featuring Miike Snow frontman Andrew Wyatt.) And while this kind of genre-hopping can be a bit dizzying, the biggest disappointment winds up being “Feel Right,” whose Trombone Shorty-driven Fabulous Flames horn arrangements, call-and-response vocals and infectious basslines are marred by Crescent City rapper Mystikal’s incessant need to throw f-bombs around like candy. Beyond that unfortunate misstep, Ronson hits all his marks with this party platter of multigenerational R&B appeal.