By Christopher Birsner and Joseph Wolkin

Under head coach Joe Mihalich, the Hofstra men’s basketball team has been a tough out in any game they play. At times, they’ve even been unstoppable. After putting themselves in perfect position to be the top seed in the Colonial Athletic Association tournament, the Pride will try once again to get into the NCAA Tournament for the first time in decades.

The stars have changed over the years, but the approach to tackling the season still hasn’t changed for Mihalich.

“Our preparation is the same even though every team is different,” Mihalich said. “You going to have different concerns and different areas that you want to emphasize more of, but the preparations have been the same every year of my life. From being fundamentally sound to concentrating on developing your players individually on the court, there’s really nothing different.”

This year’s squad is led by senior guards Eli Pemberton and Desure Buie. Pemberton recently became the ninth all-time scorer for Hofstra basketball, putting him among the greatest players to come through the Mack Sports Complex.

“He is literally one of our all-time greats,” Mihalich said. “He is playing like a first-team all-conference guy. With him, we’ll be a good enough team to win the whole thing.”
Buie, meanwhile, currently leads the team in points, assists and steals. In his fifth year on the squad, Buie will play an important role in trying to break the long tournament drought.

“Desure Buie is one of the greatest leaders I’ve ever met in my life,” Mihalich said. “He’s a high character guy. He makes everyone around him a better player and person. He sets the tone in the locker room, on the court and on campus. He’s what Hofstra basketball is all about.”

But Mihalich had praise for the rest of his starters as well. He believes forward Issac Kante, who leads the team in rebounds, has gotten better every game. He also raved about Tareq Coburn, one of the team’s most productive shooters and rebounders, and Jalen Ray who, when paired with Buie, form one of the best backcourts “you’ll ever see,” according to Mihalich. He also noted that forwards Stafford Trueheart and Kevin Schutte have done well coming off the bench.

With only two games before the conference tournament, Hofstra will look to continue their production to hopefully break through and make the national tournament for the first time since Jay Wright led the program. Mihalich has said he wants his players to remain focused and just take care of one play at a time, one game at a time. He also offers this advice to his players.

The team out east is making a strong run at earning a spot in the NCAA Tournament for the second time in school history. Stony Brook head coach Geno Ford, who was promoted last March after serving as an assistant since 2016, is leading what is arguably the best Seawolves squad since they made the tournament in 2016.

Ford took over with a clear goal: bringing the team back into March Madness. Thus far, it seems like that might happen.

If the Seawolves can topple No. 1-seeded Vermont in the America East playoffs, they will make Long Island history by making multiple tournament appearances within the same decade. But the Seawolves are quite different from what they were a few years ago.

Junior guard Elijah Olaniyi is one of the most prolific scorers in Stony Brook history, recently putting up a career-high 33 points against UMass Lowell. He’s also a force to be reckoned with on defense, averaging 6.6 RPG. 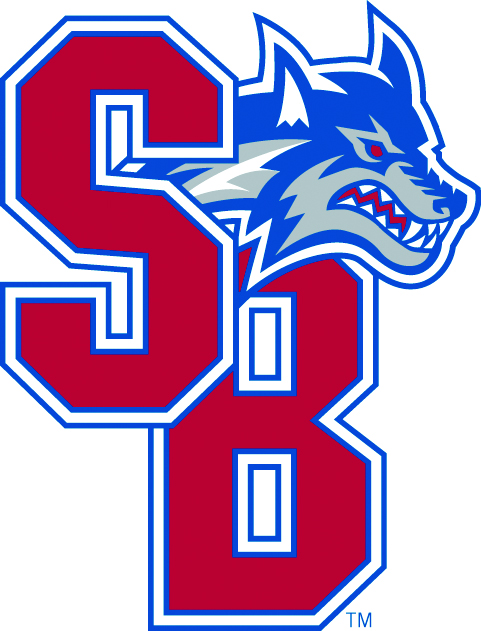 Olaniyi is closing in on Stony Brook great Jameel Warney’s mark of 19.8 PPG during the 2015-16 season. Warney soon before the first Seawolf to play in a NBA game for the Dallas Mavericks. But when Warney graduated, there was a major gap missing.

Now, Olaniyi and fellow junior guard Makale Foreman, who averages 15 PPG, are on the charge. The Seawolves’ offense is better than ever before, averaging 71.2 PPG, which is better than Vermont’s 70.6 PPG.

Ford’s team is also incredibly strong on defense, with both Mouhamadou Gueye and Jeff Otchere averaging more than 1.5 BPG.

As the Seawolves make their way into the America East playoffs, the key will be to tighten up their handling skills. The team averages 14.6 turnovers each game, and that can end any shot at making it into the NCAA Tournament.

If Ford can lead the Seawolves to the playoffs, he’ll follow the legacy of former coach Steve Pikiell, who later took over the Rutgers Scarlet Knights. This time around, they can’t let Ford go. They must focus on building this program for years to come.