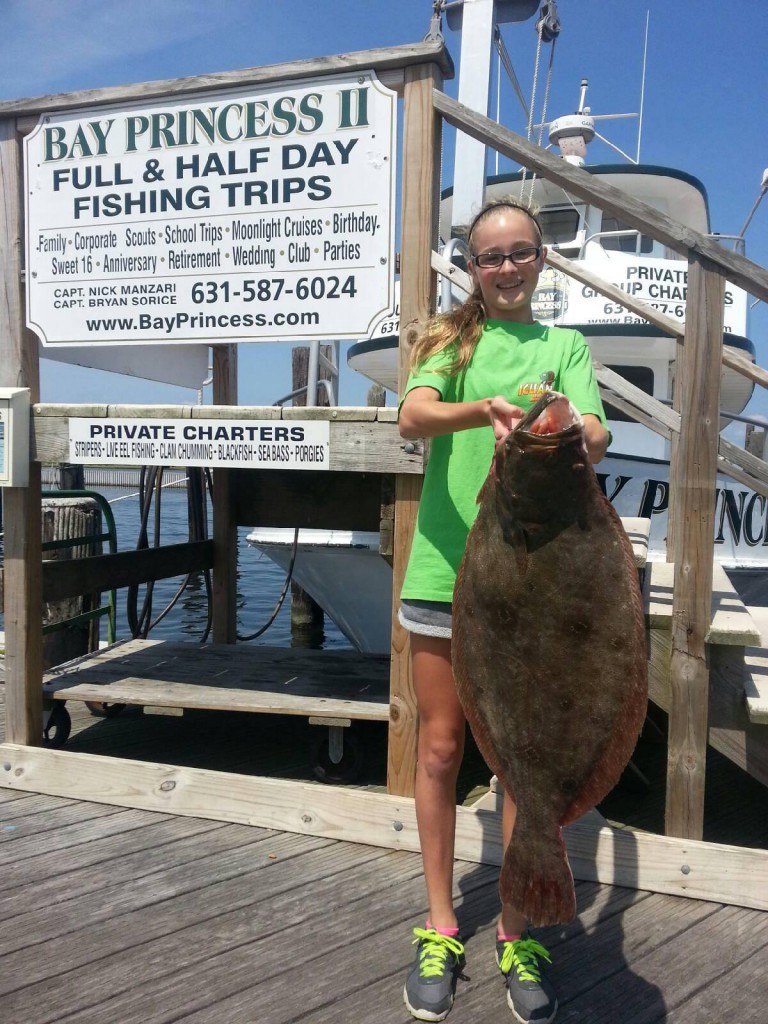 A Manorville teen reeled in a catch of a lifetime during a recent fishing trip sponsored by the Suffolk County Police Athletic League on August 20. Allision Turbush, 13, was aboard the Bay Princess II based in Captree when she caught a giant fluke in the Great South Bay.

The fish measured 33.5 inches and weighed 14 pounds. It is considered to be one of the largest fluke caught on Long Island this season.

The Police Athletic League has been hosting fishing trips for kids for the last 25 years.