Homicide detectives arrested Dante Taylor on July 10 for the murder of Sarah Goode, the woman whose body was found in a wooded area on June 12 in Medford. 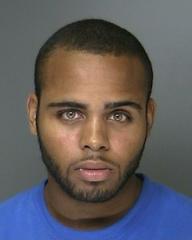 According to police, Suffolk County Homicide Detectives and the United States Marshals arrested Dante with an unrelated arrest warrant on July 10. He was transported to Suffolk County Police Headquarters where he was charged on July 12 with murder in the 2nd degree. Taylor was arraigned at the First District Court in Central Islip this morning.