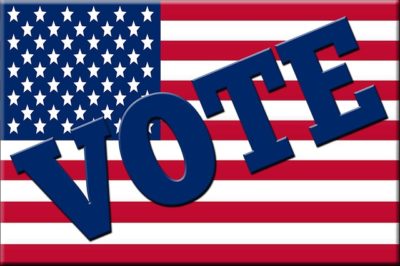 As young people all across the U.S. reach their 18th birthdays, they will become eligible to vote in their first presidential election in 2020. It’s shaping up to be a record turnout ever since the vote went to 18-year-olds in 1972, after the 26th Amendment to the Constitution was ratified.

Although the law was written to prevent government from denying a citizen who is at least 18 years old the right to vote, a number of state governments have found a way to do just that—and not only to 18-year-olds, but anyone who they think might vote against a favored candidate or proposition.

In a June 13, 2019, report for The Atlantic, writer Ron Brownstein cited Michael McDonald, a University of Florida political scientist who specializes in voting behavior. McDonald stated that the greatest increase in eligible voters comes from “young people who turn 18 and immigrants who become citizens.”

The increase in eligible voters doesn’t necessarily determine how many of them vote. Who shows up to vote does. And who is turned away doesn’t.

In recent years, there has been a fair amount of political bluster about rampant voter fraud, which has not been substantiated except in a miniscule number of individual instances. What has been well-documented historically, however, is voter suppression to prevent or discourage particular groups of people from voting. Many tactics are used to disenfranchise voters from casting ballots that range from inconveniencing voters to physically intimidating them.

For example, Jim Crow laws were passed in southern states after the Civil War to suppress poor and racial minority voters. Such laws were made illegal after the enactment of the Voting Rights Act of 1965. Nevertheless, in 2013 the Supreme Court decided to eliminate Section 4 of the Voting Rights Act; the loss of Section 4, it has been argued, results in voter suppression among African-Americans. In the intervening years more than 1,000 polling places were closed that were in close proximity to where many African-American eligible voters live.

In 2014, attorneys for seven college students argued in a North Carolina case that a voter ID law suppresses the youth vote. According to an ABA Journal report by Debra Cassens Weiss on July 18, 2014, “The North Carolina law at issue eliminated same-day registration, shortened the period for early voting, and eliminated a program that allowed teens to fill out registration forms that took effect on their 18th birthday. A photo ID [would be required] but student IDs won’t be accepted and neither will out-of-state driver’s licenses, in most cases.”

The next presidential election will be held Nov. 3, 2020. If you are a teenager who has or will become eligible to vote before that time, it is important that you register to vote and know your rights.

Depending on where you live, you can become eligible to cast a ballot in all state and federal elections when you reach 18. Check out www.usa.gov/voter-registration-age-requirements for age requirements by state. Another good resource regarding voting rights is the League of Women Voters (www.lwv.org) whose mission is: Empowering voters. Defending democracy.

Your vote counts. Get registered and use it.

Andrew Malekoff is the executive director of North Shore Child & Family Guidance Center, which provides comprehensive mental health services for children from birth through 24 and their families. To find out more, call 516-626-1971 or visit www.northshorechildguidance.org.