Closing Out A Career Of Helping Others

Guidance Center executive director retires after 45 years When Andrew Malekoff retires in July, it will have been after spending his entire 45-year career at...
Read more
Arts, Music & Entertainment

Coming To A TV Near You This Summer

Game shows to take the lead this summer Summer is just around the corner and with the pandemic slowly, but surely getting better, so is...
Read more
TOP STORIES 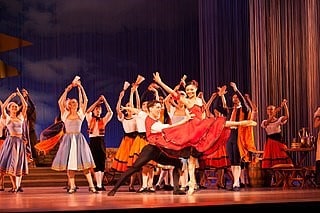 In his library the old nobleman Don Quixote de la Mancha sits over his books, which tell him of distant times of knighthood. Soon he believes himself called to knightly deeds—he appoints his servant Sancha Panza his squire and sails forth into the world to seek adventures in the service of the beautiful Dulcinea, whom he has glimpsed in a vision. The story goes on a comical quest for love, honor and dignity.

This comical timeless ballet is brought to life by The Russian National Ballet at Madison Theatre at Molloy College on March 30 at 8 p.m.

Founded in Moscow during the transitional period of Perestroika in the late 1980s, the company used their new-found creative freedom, influenced by the political movement, to invigorate the tradition of Russian Ballet with new developments in dance from around the world. In 1994, the legendary Bolshoi principal dancer Elena Radchenko was selected by Presidential decree to assume the first permanent artistic directorship of the company.

The full-length ballet will have three acts and run for two hours.

Coming To A TV Near You This Summer

Game shows to take the lead this summer Summer is just around the corner and with the pandemic slowly, but surely getting better, so is...
Read more