M18 Hellcat To Operate At Museum Of American Armor 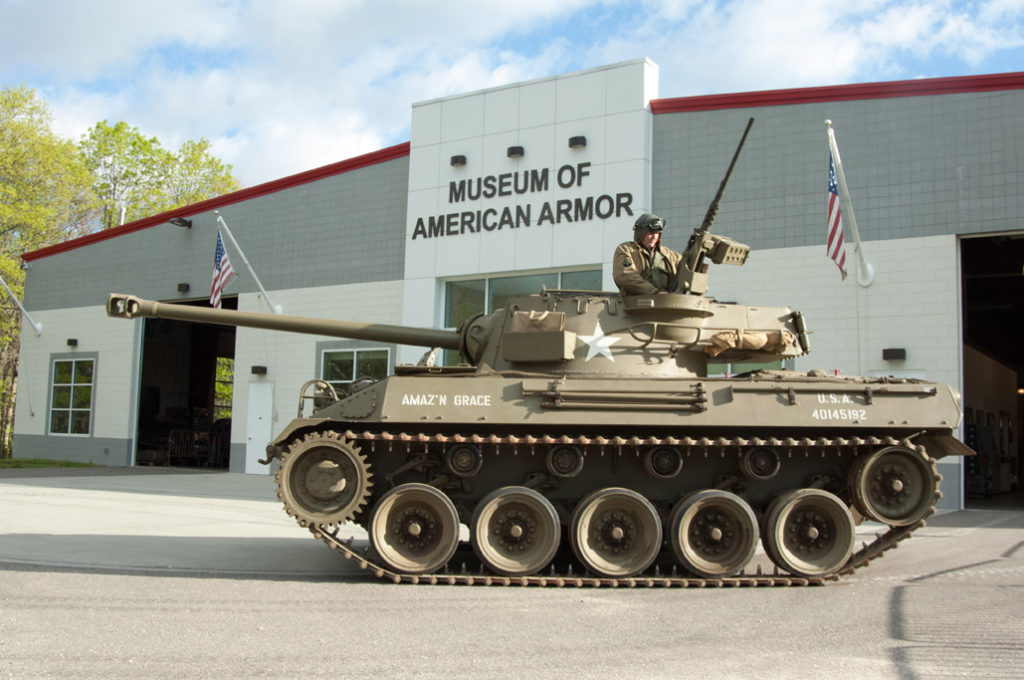 Three military museums have created the Northeast Military Museum Alliance to coordinate programs, educational initiatives and marketing strategies that will allow the group to strengthen their collective efforts in contributing to the region’s destination tourism economy and understanding of our nation’s past.

An immediate response to that alliance is the presentation of an operational M18 Hellcat tank destroyer at the Museum of American Armor during its upcoming World War II Weekend (May 20 and 21), a vehicle now on long term loan from the U.S. Military Museum in Danbury Connecticut.

Other founding members of the alliance include the Collings Foundation in Stow, Massachusetts.

Applauding the Alliance’s formation is Dr. Libby O’Connell, chief historian emeritus of the History Channel. “Whether it’s a Lincoln living historian in Illinois or the Red Baron flying from a Rhinebeck farm, there is no question that heritage tourism has become a multibillion dollar industry throughout the United States,” she stated. “The formation of this group demonstrates the kind of mutual benefit that can be derived by sharing ideas, resources and common goals. It may be viewed as a national model, and I urge other heritage destinations to pursue similar collaborative efforts.”

Alliance member and chief executive officer of the Collings Foundation Rob Collings, explained, “Far too often museums work in silos, and that isolation hurts their strategic goals and damages their bottom line. This coalition breaks through that culture and embraces combined experiences, expertise and resources to assist every member.”

In addition to a world famous aircraft collection that tours the nation under “Wings of Freedom,” The Collings Foundation is the steward of the legendary Littlefield Collection of military technology that includes over one hundred historic tanks and armor vehicles. Many of those assets will be on display at the Collings’ Stow, Massachusetts educational complex.

“There is enormous talent among our respective institutions and a tremendous degree of respect for each other and our accomplishments,” said Lawrence Kadish, founder and president of the Museum of American Armor. “Collectively we have the means to create a compelling force for preserving and projecting our nation’s heritage to a new generation.”

The Museum of American Armor sits under a 25,000 square foot facility inside Nassau County’s Old Bethpage Village Restoration on Long Island where visitors can see its collection of operational armor operating along country roads and wooded fields, suggesting France, 1944.

Al Barto, Board secretary at the U.S. Military Museum in Danbury, Connecticut, agreed, “We have the means to meet our collective mission by creating a mutual assistance alliance that allows us to support each other by sharing our individual experiences and common purpose.”

The group’s formation is an outgrowth of an earlier alliance that was created under the umbrella of the “I Love New York” campaign managed by the Empire State Development Corporation. The latest effort is not affiliated with any government agencies and crosses three state borders so that its members may exchange creative programs, share strategic insight, generate online cross-marketing and advocate on behalf of expanded heritage tourism and educational initiatives.