Low Petrol Prices May Not Last 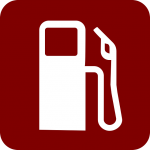 Long Islanders have been well-trained to think of $2.85 per gallon gasoline as a bargain. Some media outlets practically dare us to run out and buy more and bigger cars. The real story is that Long Island is the front line of a war. We’re in it up to our necks, and maybe down to our property tax bills.

Petroleum prices are down 40 percent since June, hovering around $60 per barrel. The biggest reason is reduced consumption due to the stalled economy. Adjusted for inflation, over the past 25 years the economy has grown 83 percent. Corporate profits and worker production have doubled, but the average American family income has not increased. This has ramifications.

We’re continually fed hype, even by President Obama, that a massive increase in shale oil production (hydrofracked natural gas) will make the U.S. “energy independent.” The new “Saudi America” will be an oil exporter and there will be no alteration or interruption of our suburban lifestyles. Forever.

Shale wells start out as gushers but they fade very fast, petering out after about two or three years. Chesapeake Energy’s Serenity 1-3H well near Oklahoma City was a 1,200 barrel-a-day gusher in 2009 and kicked off a drilling rush throughout Oklahoma and Kansas. Now it can’t produce 100 barrels a day.

Fracking is expensive. It can cost $12 million just to drill a single well. Some fracked wells can show a profit at current petroleum prices, but most can’t.

The industry needs to keep up constant drilling, re-drilling and well construction to maintain the image of a giant boom in which you should invest immediately. They don’t need fracked shale gas from Upstate New York; they need the image of a booming industry.

Booms and busts are part of the petroleum industry. This may be news to some of our politicians, but not to everyone: “Oil Storm Has Texas Wildcat Veterans Warning Bakken Rookies to Take Cover.” (Bloomberg, Dec. 15). “We’re going to hunker down and go into survival mode,” says the founder of one of Texas’ leading fracking outfits. “Stay alive is our mantra, until the price recovers.”

The Saudis keep production up, driving prices down further. The royal family needs $100 a barrel oil to pay the expenses that keep them in power. They’re betting that they can outlast U.S. frackers, end any threat and set prices accordingly.

Leverage is life. Borrowing in order to achieve a goal makes our world go around.

Energy companies have borrowed some $90 billion to fund the hydrofracking frenzy. The market value of petroleum has fallen, but frackers still owe that money. Much of it is now holding up exotic derivatives. This is one reason banks ordered Congress to put taxpayers on the hook for risky derivatives contracts last week.

Margin ratios on the NYSE have been bouncing around all-time highs. Millions are betting that the stock market goes up. Forever.

Falling stocks mean that municipalities and districts will have to make increased payments to maintain funding of public retirement systems, grotesquely overinvested in Wall Street.

If stocks fall more than a little, the folly of the state’s imposition of tax caps on localities without assuming costs in any significant way will become clearer. Imagine a couple of thousand local fiscal crises across New York.
Welcome to the front line.