In late June and early July restaurants across New York were once again allowed to invite diners back with a combination of indoor and outdoor seating, proper social distancing still in place.
Read more
Long Island News

Rocker Ted Nugent will be not be singing the National Anthem at a pro-police rally in Eisenhower Park on July 25. The singer, known for...
Read more
TOP STORIES 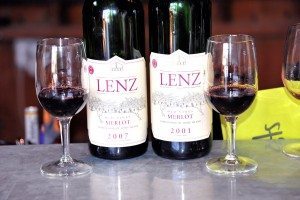 It is said the North Fork is the laid-back sister of Eastern Long Island. It has pretty villages, farm stands, antique shops and quiet beaches, all set along rural roads. Whether you are an oenophile, or a person who enjoys an occasional glass of wine, a visit to the North Fork is a must. Long Island’s first vineyard was founded in 1973. Today there are more than 50 vineyards producing just north of 500,000 cases, with most of that being produced on the North Fork. It is a successful industry because of very good soil drainage, ample sunshine and light breezes from the ocean that keep moisture off the grapes.

Getting to wine country on the North Fork is easy, with the trip taking about 90 minutes. Nassau County residents simply head east on the Long Island Expressway and then take Route 25 or Sound Avenue, following the Wine Trail signs. During our visit, we stopped at a four vineyards. These included my two older favorites, Lenz and Bedell. We also picked one specializing in only sparkling wine and the fourth was chosen for the view. To diversify our tasting, we ended the day at a distillery for local-made spirits.

Bedell Cellars has been making wine for 35 years. They are proud to say their 80-acre estate is certified sustainable. It produces more than 10,000 cases annually. Bedell has seven styles of red that includes their top blend called Musee, which scored a 91 in Wine Spectator Magazine. (It tasted amazing.) Besides blends, they produce a premium merlot, Syrah, malbec and a cabernet franc. Their seven whites include four blends as well as sauvignon blanc, chardonnay, gewürztraminer and a viognier. They also have two sparkling wines and a refreshing dry rosé. Tastings of five estate wines is $15, while the five-taste premium costs $20. The cost of the taste (in a restored barn from 1919) is a bargain, considering the quality you are getting.

Our next stop was the Kontokosta Winery. This is a good place to bring a picnic lunch because it is a short stroll from the tasting room to a water view. Tastings are $14 each for five of their whites or reds. Their whites include a blend, chardonnay, sauvignon blanc, viognier and dry Riesling. For reds there is a blend, two merlots, cabernet franc and cabernet sauvignon. Presently they produce 3,500 cases but are ramping up to 5,000.

Our last vineyard was Lenz. Their older vineyard produces 7,000 cases annually from 67 acres. Tastings of five premium wines are $15 and $12 for estate wines. Wine produced include Old Vine Gewurztraminer, merlot and chardonnay, Cuvee Sparkling, Malbec, Rose, estate Cabernet Sauvignon, Merlot, Chardonnay, a blend and two dessert wines. Their Merlot Reserve is the best on the Island. Lenz is also a good place to bring a picnic.

Our last stop leaving the North Fork was at Long Island Spirits, which keeps later hours than many of the wineries. Here we viewed the stills that produce Long Island’s own small batch of vodka, brandy, liquors, gin, bourbon and whiskey. Tastings are $9 for any three spirits. It is $13 to taste any two from the whiskey, bourbon or brandy selections. After each tasting, you get to keep a souvenir glass.

When planning a day trip go to www.liwines.com for a list of wineries you can visit. Many wineries offer year-round events, such as art exhibitions and live music. You should also see which vineyards are pet- and children-friendly. For those who want to make a weekend of their visit, the site lists more than two dozen inns, bed-and-breakfasts and hotels. During your visit, plan on filling your kitchen with fresh produce available at the many stands on the North Fork. Lastly, for those who do not want to taste and drive, the website lists tours that take you around. Consider the waterfront town of Greenport to stroll around and have lunch.