Looking At The World With New Eyes 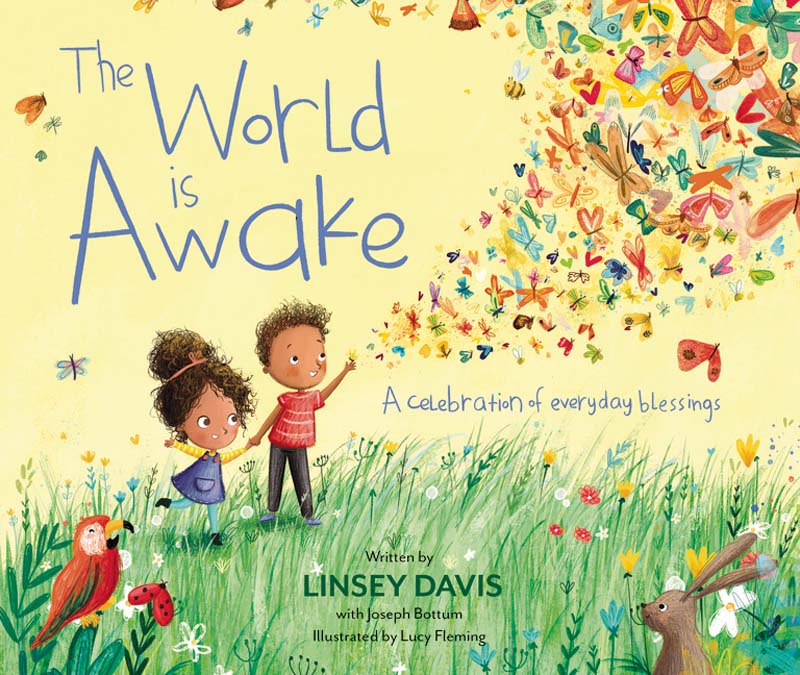 Through the eyes of a child, the world is a wonderful place filled with color and life and excitement. But as adults those colors often seem to fade and the excitement gets traded in for worry and discontent.

But with The World is Awake, Linsey Davis has captured the spirit of celebrating the day-to-day. The award-winning journalist’s children’s book is a beautifully illustrated look at seeing God’s hand in everything.

It was an innocent question from her son that planted the seed for Davis.

“My son, who was just over two at the time, asked if God opens up the flowers. I was pleasantly surprised by his curiosity to make this connection between God and nature,” said Davis, adding that through her book, she hopes to “meet young people where they are, as far as their excitement and curiosity about nature and the world around them and connect that with God’s handiwork and creation and the little miracles and blessings we’re surrounded by every day.”

Written in lyrical and playful rhyme, Davis inspires young readers—as well as adults—to be thankful for all the blessings, from the food they eat to the beauty of nature.

“Just look at the sunrise that’s painted the sky and look at the songbirds, all starting to fly. The world is awake—it’s a wonderful place, alive with God’s power and glad with His grace,” the book reads.

Davis said she hopes parents that read the book to their children are “reminded of that vision they once had.”

“As an adult we stop noticing and taking the time to pay attention. Hopefully, parents will remember that it’s the little things and reopen their eyes again and look at the world around them with the contagious excitement little children have,” Davis said.

Davis notes that despite statistics that show more than 50 percent of children are minorities, 90 percent of the main characters in children’s books are white. As the mother of an African-American son, it was important to her to showcase that not everyone looks the same.

“Kids look to books to find themselves. It’s really important for kids to see different children, so they’re exposed at an early level and there’s no misunderstanding that there’s other kids out there,” she said.

Davis has been a journalist with ABC News since 2007, reporting on everything from the Boston Marathon bombing, to the Nairobi Mall massacre to the Haiti earthquake and Harvey Weinstein allegations. She said her career path allowed her to combine her love of telling stories with her natural curiosity about life, as well as gives her a front row seat to history.

Following the success of The World Is Awake, Davis is already working on a second book slated to come out in August. One Big Heart will be about how people are more alike, than different.

“Our country is becoming a more colorful place but at times we seem more divided. I felt, what better audience to target than the youngest among us, to really embrace diversity and talk about how our skin, hair, bodies and personalities are different but God gave us this one big heart and that’s where the love starts,” Davis said.

The World is Awake is now available at bookstores and online.