Calendar of Events From December 31 to January 16 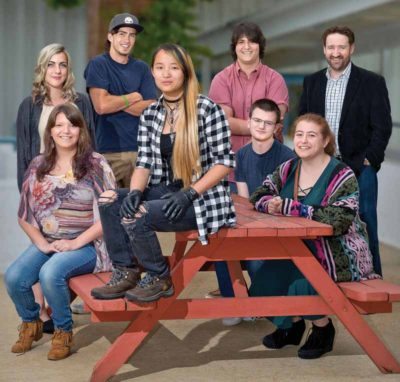 The student filmmakers of Nassau BOCES Long Island High School for the Arts (LIHSA) recently showcased their talents at the annual LIHSA Film Festival. The event featured seven original student films from a variety of genres, all of which were shot on-site at the LIHSA campus.

“Our filmmakers each wrote their pieces using their specific artistic voices,” LIHSA Filmmaking Instructor Anthony Petrucci said of the festival. “They cast their cinematic roles using the fine actors of the LIHSA theater department.”

Two films took center stage that night. Girl Mask, written and directed by senior Aleeza DeAlto, is a drama that follows the quest of a transitioning teen struggling to discover her true identity. Rejected, written and directed by senior Matthew Tierney, is a dramatic comedy about a student who must cope with the harsh truth of being turned down by all of her first-choice colleges.

“Filmmakers then production-planned, directed and shot their footage on campus, and finally edited and formatted their movies for screening,” said Petrucci. “The festival is a genuine look at what our students are accomplishing.”

In creating their works, the LIHSA student filmmakers had to follow rigorous industry standards and were responsible for completing every step of the process, from production planning to editing and formatting the final product for screening. The night ended with a Q-and-A session, in which the filmmakers fielded audience questions.