Television viewers in Fort Myers, FL, recently got a dose of Long Island during WINK’s morning show in the form of news anchor Michelle Mackonochie. The Syosset High School alum recently arrived in this role after prior stops in the 208th-largest (Alpena, MI’s WBKB) and the 143rd largest markets (Salisbury, MD’s WMDT aka 47ABC). Mackonochie is a couple of weeks into anchoring the 8 and 9 a.m. air shifts alongside Corey Lazar. Going to a bigger station means bigger stories and bigger responsibilities, a situation the 26-year-old journalist is eager to embrace.

“My first week was awesome and really eye-opening because it is a lot bigger than where I came from. It’s incredible how much news they cover down here and with the amount of reporters that they have, they’re able to get somebody in every story. We have so many people going live throughout the show,” she said. “It’s much different than 47ABC. It’s a much bigger challenge and exactly what I was looking for. I was ready for that next step.”

Mackonochie grew up in Syosset with her parents and younger twin brothers, Michael and James. It was while attending Syosset High School that she was bitten by the broadcast bug. And while her alma mater didn’t have a television station, it didn’t stop her from bouncing between entertainment, sports and finally news coverage. Freshman year at Ithaca College proved to be a challenge, as the learning curve was made steeper by the fact that she had to learn editing, cameras, lighting and mic’ing on the fly even alongside classmates from schools that did have television capabilities. It didn’t deter her from being a part of the Ithaca College Television team, where her experiences ranged from taking external classes specializing in broadcast performance to becoming a weekly field correspondent on Ithaca’s news station, Newswatch 16, where she also served as an assistant producer. All this on top of being a reality television correspondent and a floor director for the school’s post-game show. But rather than deter Mackonochie, it fueled her desire to aspire for more, full well knowing that she would have to start out in another part of the country to get a foot in the door. That initial opportunity landed her in a tiny town in Michigan, which proved to be a brief stop in her journalism career before putting in a three-year stint in Maryland.

“I was only [in Alpena] for five months and then I threw together a reel around Christmastime, put it up, came back after Christmas break and my [future] boss in Salisbury, which is in Maryland, reached out to me to see if I was looking for a job. I wasn’t, but after five months in Market Number 208 you kind of get the groove of things,” she recalled. “It was a really tiny town with not that much to do and I think I wanted a bigger challenge. So that was Salisbury for me. Three weeks later, I was finding my way around Maryland. I wound up staying there my entire three-year contract. I was the weekend anchor and a reporter three days a week for two years and then my last year, the morning anchor left and my boss thought that was a good opportunity to throw me on the morning show.”

Mackonochie’s time in Salisbury did much to season her broadcast skills, particularly after being moved to mornings. Not only did it teach her to communicate well with others, it allowed the Syosset native to show her personality a little bit more. She even wound up with her own news series called On the Job, a slight twist on Mike Rowe’s Dirty Jobs. Mackonochie’s experiences weren’t as extreme as Rowe’s, but she did get to clean someone’s teeth in a local orthodontist’s office and to visit a company that manufactures NASA space suits.

“It was really cool. They let me get into this 800-pound space suit that was hanging on the wall that I obviously couldn’t walk in and they let me get into it,” she recalled. “My On the Job series is probably my favorite thing that I’ve ever done.”

Barely three weeks into her latest gig, Mackonochie is both impressed and grateful for the challenges and opportunities she’s getting in what is the largest market she’s worked in up to this point. Currently anchoring the 8 and 9 a.m. shifts, she’s assigned two stories a day that she has to stay on top of that include the recent government shutdown and the impact it’s had on a local level. And while her ultimate goal is to one day be one of the talking heads you’ll find on Good Morning America, she’s also keen on encouraging any aspiring journalists at Syosset High School.

“I went to Syosset High School and some pretty big names came from that high school, so that was pretty encouraging to know that,” she said. “The more people I can inspire, the better. There are probably a couple of girls and guys in Syosset that might want to be a news anchor. I want them to know that I did it and I’m an ordinary girl from Long Island. It’s something they can do too.” 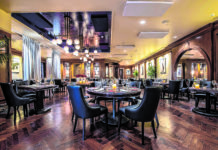 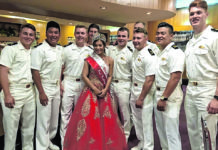