Long Island used to be home to a dozen American Indian tribes. It was settled by Europeans in the 1600s and the site of major battles during the Revolutionary War. Plantations run by slavery dotted the Island until the Civil War. By the late 1800s, prominent families like the Roosevelts and the Vanderbilts made their homes here. In the early 20th century, Long Island was the epicenter of the the typhoid fever epidemic, and hard hit by tuberculosis and the Great Depression as well. With as storied a past as Long Island has, it is no surprise there are reports of ghostly activity all over the place.

Where are the most haunted places on Long Island? Here are a few:

Hempstead House at Sands Point Preserve has a long and fascinating history. Designed and built in 1912, the 50,000-square-foot castlelike mansion saw Long Island through the roaring ’20s, the turbulent ’30s, wartime and beyond, but it is more than a Gatsby-era estate with manicured gardens and opulent furnishings.

Click here for a more detailed history of Hempstead House

During World War II, owner Florence Guggenheim opened up the home to refugee children from Europe. To this day, employees and visitors report hearing children’s laughter, as well as other strange noises with no discernible origin. By all accounts, the ghosts of Hempstead House mean no harm. Though he does not believe the ghost stories, Sands Point staff member Jeremiah Bosgang never looks back at the house after locking up at night—his own personal protection against bringing any unwanted spirits home with him.

Guided tours of Hempstead House are available most weekends. Contact the gate house at 516-571-7901 for more information.

Mount Misery is a wooded area in Huntington believed by many to be a cursed land. The name likely came from the steep rocky terrain that made travel difficult. Sources refer to a mental hospital built there in the 1700s or 1800s, but information is hard to verify. Supposedly there are accounts of loud screams and moans emanating from the asylum prior to it burning down. Attempts at rebuilding also ended in flames. 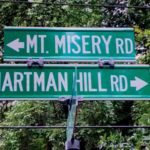 These events begat many legends. The Lady in White may be a patient of the hospital, a local woman killed in a hit-and-run or of unknown origins. The apparition appears suddenly in front of cars at night. There may be a police officer missing part of his skull roaming the area and a Hell Hound may stare at visitors with fiery red eyes, an omen of death.

If you are brave enough to explore the woods of Mount Misery, don’t go alone.

Operating from 1885 to 1996, the Kings Park Psychiatric Center is the source of much folklore on Long Island. Originally called the Kings County Asylum, the complex was a self-sufficient farming community for many years. As the hospital became overcrowded, the agrarian approach to treating mental illness eventually gave way to invasive techniques, such as pre-frontal lobotomies and shock therapy. This era of the facility served as inspiration for season two of FX’s American Horror Story: Asylum.

The abandoned 13-story building looms over the tiny town of Kings Park, a ripe setting for ghost stories. There are reports of screaming and banging noises coming from the buildings at night, escaped patients hiding out on the grounds, a white figure with a red mouth and eyes and other paranormal activity.

The deteriorating site seduces ghost hunters and urban explorers on a regular basis, but visiting the psychiatric center is ill-advised due to asbestos and lack of safety measures in place.

In the Long Island Sound between New Rochelle and Sands Point is Execution Rocks Lighthouse, named for the dangerous conditions created by exposed rocks during low tide. British soldiers chained Revolutionary War prisoners to the rocks, condemning them to death by drowning as the tide rose. 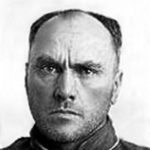 In the 1920s, the waters surrounding the lighthouse became the dumping ground of serial killer Carl Panzram. He killed his victims with a Colt .45 stolen from former President William Taft’s home, tied rocks to the bodies, rowed them out into the Sound and sunk them mercilessly beside Execution Rocks. In Panzram’s autobiography, he admitted to being “not the least bit sorry” for his crimes.

By 1979, the lighthouse no longer required a live-in keeper or Coast Guard member to operate the beacon—lucky for them. According to ghost hunters, spirits are active there. Countless souls haunt the island with cries of pain and terror.

Historically Significant Structures, a nonprofit dedicated to the restoration of Execution Rocks Lighthouse, offers tours June through September. The fearless may stay overnight with special arrangements.

Built in 1868, Grey Horse Tavern in Bayport is a landmark establishment. Originally, the tavern also functioned as a livery stable, a place where horse owners pay a weekly or monthly fee to keep their horses.

Today, the restored establishment is a restaurant. Patrons sense a female presence in the building, whom the current owners have dubbed Iris. Staff members have reported hearing singing coming from an empty bathroom and oddities concerning doorknobs. Many glowing orbs have been spotted and photographed at the tavern. Read more about the ghost activity there in Kerriann Flanagan Brosky’s new book, Historic Haunts of Long Island.

The Infamous Amityville Horror House made headlines in 1974 when Ronald DeFeo Jr., drunk, high on heroin and hearing voices, killed his family while they slept. The following year, newlyweds George and Kathy Lutz bought the home and invited a Catholic priest to bless the premises. The priest recalls feeling unusually cold while blessing the sewing room and hearing a deep voice say, “Get out!” while no one else was there.

The Lutz family also encountered strange voices, which awoke them every morning at 3:15 a.m., the time the murders had taken place, and swarms of flies. They lasted only 28 days in the home before moving out. Shortly after, psychics and demonologists inspected the property and, in addition to cold spots and disembodied voices, reported feeling significant unexplained mood changes and unknown presences lingering around. A photo taken by the paranormal team captured the image of a boy with white eyes peering out of a doorway.

The house still stands on Ocean Avenue and is currently for sale for $850,000.

Until the 1600s, four Indian tribes shared the shoreline of Long Island’s largest freshwater and deepest lake. They considered it sacred and relied on fish from its waters for food. Early European settlers claimed the water had special healing powers, drawing a number of tourists by the late 1800s, transforming the area into a resort town.

Several myths and legends are associated with the lake. Unusually, in times of heavy rainfall, the level of the lake was known to fall and in times of drought, the lake would continue to rise, spurring the belief that its depths are connected to the Long Island Sound or Great South Bay.

The Birdsall Legend tells the story of a beautiful Indian princess named Ronkonkoma who fell in love with a settler named Hugh Birdsall. He lived in a cabin on the nearby Connetquot River. Ronkonkoma’s father forbid marriage, so for seven long years the lovers floated messages to each other down the river. Ronkonkoma finally boarded a canoe in order to join her lover, but when the canoe arrived to its destination, Birdsall found her lifeless inside. Heartbroken, he joined her in the canoe and the two were carried out to sea, now able to spend eternity together.

The princess is now said to haunt the lake. Each year for the past 200 years, she drags down at least one young man. Drowning incidents are frequent and police and locals recall very few women drowning there, in keeping with the lore.

The Maine Maid Inn in Jericho was built in the late 1700s as the home of Quaker abolitionist Valentine Hicks, a founder of the Long Island Rail Road, namesake of nearby town Hicksville and station master on the Underground Railroad. The Hicks family helped nearly 200 slaves by offering them safety on their way north to freedom. After Hicks’ death, the home was turned into an inn and popular location for banquets. Past guests have reported seeing apparitions, hearing banging sounds, footsteps and voices coming from secret rooms and stairwells.

The inn was designated a historic landmark in 2012. It is currently closed and undergoing extensive renovations.

The famed Montauk Project involves a series of top secret experiments in mind control, time travel, teleportation, parapsychology and the creation of black holes. In 1943, the Philadelphia Experiment created technology which allowed the U.S.S. Eldridge, a navy destroyer in the Philadelphia Naval Yard, to become invisible, materialize off the coast of Norfolk, Virginia, and reappear at a different port in Philadelphia. As a result of the teleportation, crew members became trapped in metal parts of the ship and died painful deaths. 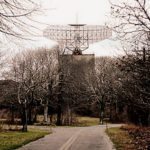 The military later moved their operations to Camp Hero in Montauk, which was sparsely populated at the time. A huge subterranean complex was built where clandestine experimentation could continue, some say, until today. Rumors abound of abducted children, frightening monsters, time portals and alien activity. Camp Hero is the inspiration for the Netflix hit Stranger Things, originally sold under the working title Montauk.

Hikers and urban explorers report hearing screams in the abandoned tunnels below Camp Hero. Though the base is considered to be inactive, but conspiracy theories persist. Camp Hero State Park is a pleasant getaway. Drop by one day and decide for yourself.

Merrick residents know all about the mythical Tinker Town, a neighborhood said to be home to reclusive and diminutive inhabitants. The town where houses and street signs are built in miniature is hard to locate, but that doesn’t stop mischievous high schoolers and drunk locals from trying. If you do happen upon Tinker Town, beware. The residents are not known to be kind to trespassers.

For more from our Halloween theme issue, including more details about the history of Hempstead House and the Northern Queens Paranormal Research Group’s ghost hunting excursions, click here.