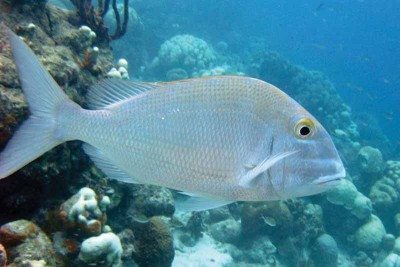 As the summer begins to give way to fall, many anglers are already looking forward to the fall blitz for stripers and bluefish. However, action with fluke, porgies and sea bass is still red hot across Long Island and should not be forgotten just yet.

John from Hudson Park Bait & Tackle is still seeing big fluke continually being put on ice and filling angler’s limits. There is also a good bite with porgies and sea bass still going on in the deeper waters on squid and clam. Bluefish have been around but scare during the daytime.

The night bite has been best with decent-sized blues taking diamond jigs and bunker chunks. On the other hand, schoolie bass have been hitting better during the daytime on plugs off the local beaches.

In Brooklyn at Stella Maris, the scup and fluke bite has been fantastic. The porgies have been off just about all beaches and piers with big size. The doormat fluke have also still been showing up in the deeper, cooler waters. There are some cocktail blues and bass around but the bass action has been slow. Offshore, some big eye tuna have begun to show up off the canyon on the troll.

At Ralph’s Tackle in Island Park, the action off the Atlantic and Hempstead reefs has been producing -well. There have also been some fluke out of Jones Inlet in about 70 feet of water. From the surf, there have been lots of kingfish and brown sharks around, as well as plenty of snapper and blue claw crabs in the back bays. On the Rockaway reef, sea bass and porgies have been tearing up the bottom.

On the Capitol Princess, Eric reports that the giant blues are in, especially with the help of this past full moon. They also ran into a few stripers, but there are less keepers around than there had been. The sea bass and porgy bite is still very strong in the Manhattan area and with the signs so far, it looks like the fall run may start a little early this year.

At Bay Park Fishing Station, the reports of fluke fishing keep getting better. The red hot action this week produced a 10.8-pound doormat along with plenty of 5- to 7-pound flatties to go along. Sea bass and scup also have been consistent, as with most of the Island. The bass and bluefish scene has been slow these past few weeks and there are still a few being picked but the fish are all heading further to the east.

Phil from Cow Harbor reports that there is a ton of bait in Northport Harbor, from mature and peanut bunker to rain bait and spearing. Things are setting up nicely for surf casting in the coming weeks. There have been some nice schoolie bass around, taking small shades or grubs paired with a mix of cocktail and monster blues.

Ryan Schlichter
Ryan Schlichter is a columnist for Long Island Weekly blogs for On The Water magazine. Visit www.onthewater.com for more fishing forecasts for our waters and other regional fishing news.