Long Island Burgers: The Best, The Rest And The Worst

Burgers appear on menus in its lowest form at fast food joints and as overly fancy abominations at high-end restaurants. Somewhere in between is the fast-casual burger—a loftier take on the humble hamburger that is more affordable than snooty versions and yet far surpasses any franchise with a drive-thru or a mascot.

Here is my ranking of our local burger joints—specifically, eateries where you order at a counter, then go claim your seat before your name is called or your buzzer sounds. In the name of consistency, I placed the same order at each location: a double-patty signature cheeseburger with an order of fries and a vanilla shake.

Orders were rated on the overall experience, specifically the burger’s taste, seasoning, greasiness and bun, along with the quality of the fries and shake.

*Note: I wanted to stick mainly with restaurants that specialize specifically in fast-casual burgers. That is why certain places, though I may love their burgers, did not make the list. 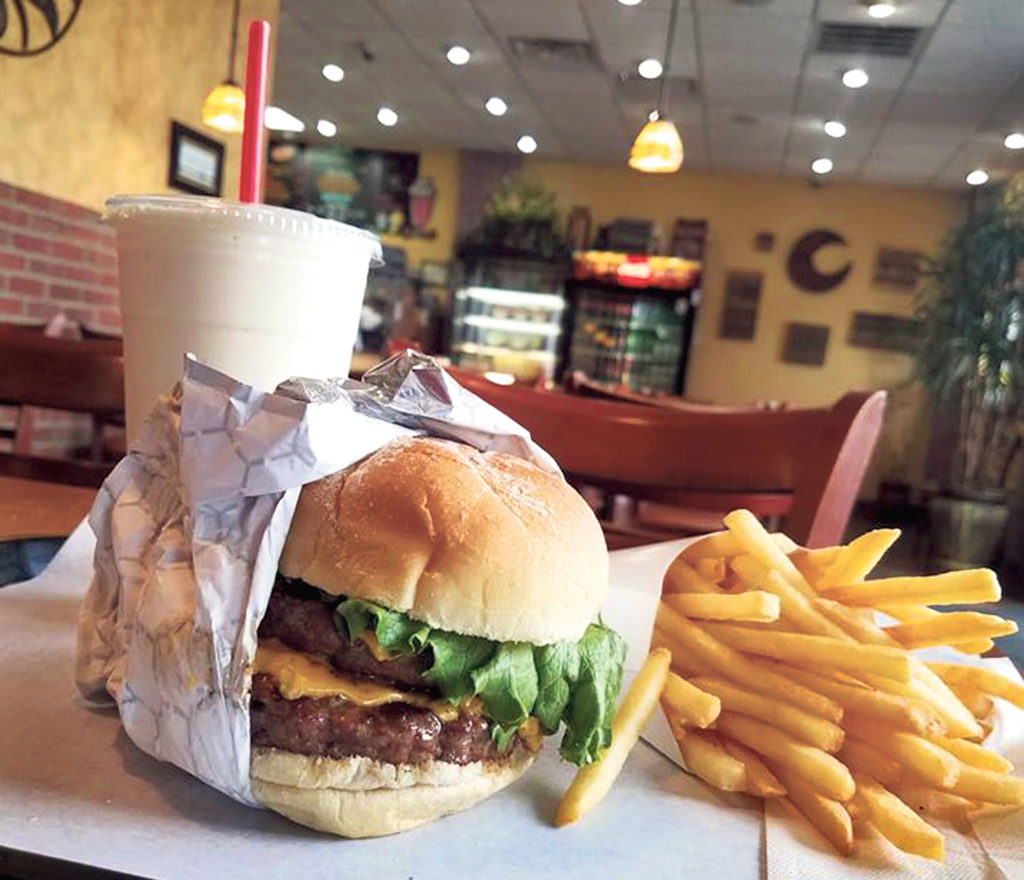 There’s no better place to start than the best. Franklin Square’s Burger Bite nabs the top spot on my list because it over-delivers on quality and flavor, while also maintaining a less-than-average grease factor. The patties are juicer than most and perfectly seasoned and unlike most other fast-casual joints, they ask how you want your burger cooked—though ordering it medium rare comes with a warning about undercooked meat.

Burger Bite also boasts a larger-than-average patty and biting into the double requires a slightly unhinged jaw—a true mark of greatness for burger gluttons. As for the bun, it was beautifully soft and though it was not a potato bun (my personal favorite), it held up against the burger juice where a lesser bun would have surely disintegrated.

Moving on to the fries and shake, Burger Bites French fries were golden, crispy, salty and did not to go limp when held horizontally—fry perfection. The vanilla shake meanwhile was thick and offered the perfect soothing balm for the top-heavy burger flavors. 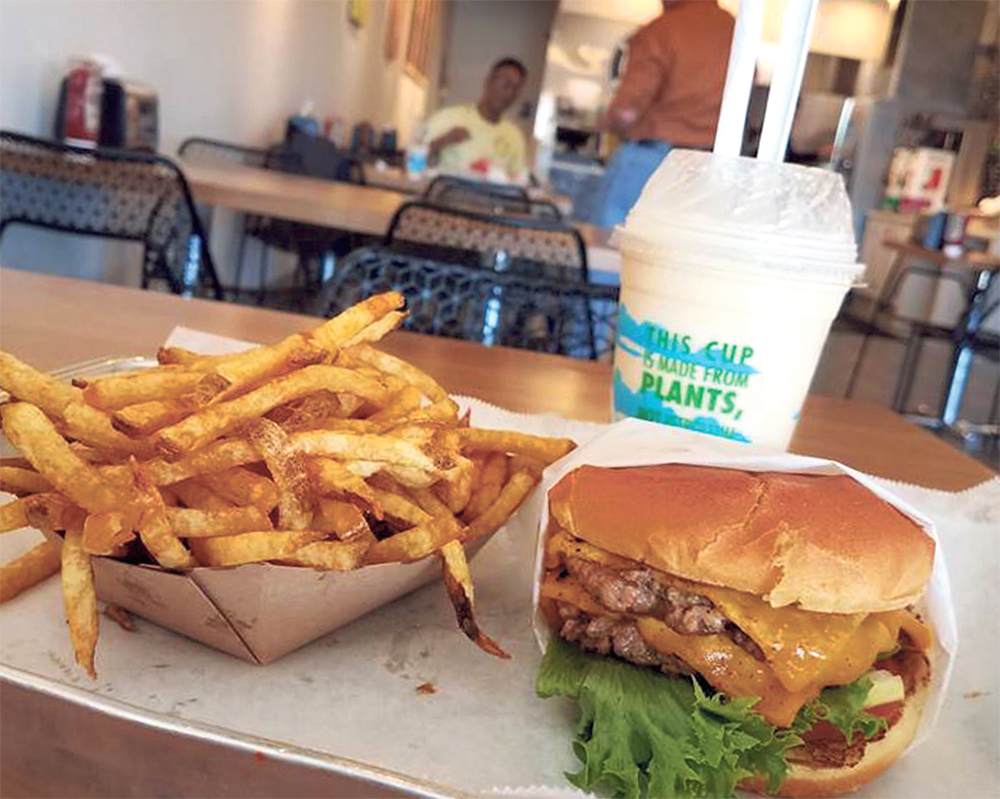 I thought I knew which burger place was going to lead the runner-up positions—then Elevation Burger came along and blew up my list. Though I had never heard of them prior to opening in Plainview last year, Elevation is a global franchise with dozens of locations.

The standard Elevation Burger features two patties, cheddar cheese, lettuce, tomato and Elevation sauce on a potato bun. There are a few elements to this burger that place it ahead of the next one on my list—most notably the cheddar cheese, which is a superior, more flavorful cheese than the standard American; and the fact that Elevation uses a higher quality ground meat than most burger places of a similar ilk. For lack of a better term, the Elevation burger just tasted cleaner than most fast-casual offerings. The grease was there, but not overpowering.

The fries, unfortunately, were oily and disappointing, despite the menu’s claim that they are “award-winning.” As for the shake, nothing to complain about, just pure class. 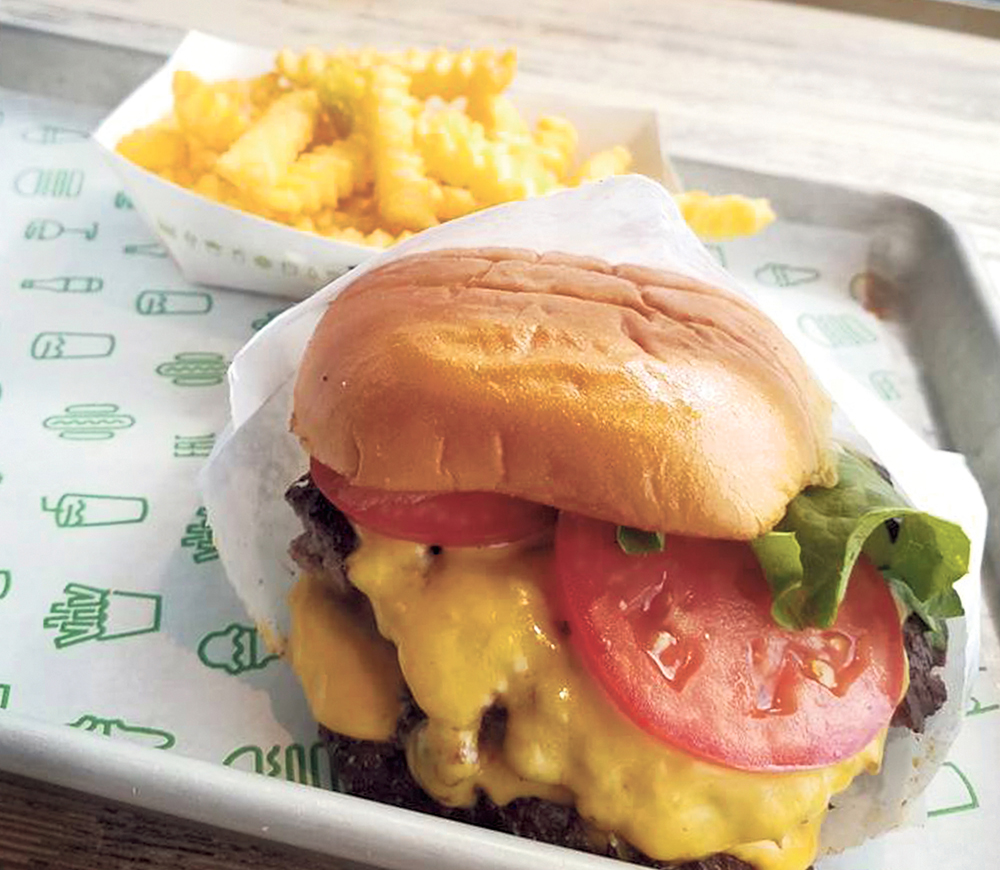 The ultra-popular chain was a sure-bet for top ranking, but it loses points in a few key categories. First, the positives: there’s a reason why Shake Shack is so popular. The brand has perfected the fast-casual approach to service, while also doling out burgers that are far above those lower-rung fast food establishments. The double ShackBurger has American cheese, with lettuce, tomato and ShackSauce on a Martin’s potato bun. That Martin’s bun—high marks to the front office of Shack Shake for recognizing the greatest that is the Martin’s potato bun. I’m a firm believer that no other bun stands up to burger grease quite like Martin’s.

But alas, my ranking system is not based solely on buns. The flavor itself failed to overcome the high grease factor, leaving me with a heavy, “dirty” feeling that I just wanted to sleep off for a few hours. And try as I might, I cannot get into the crinkle-cut fries. They taste like they are straight from the grocery store freezer. Also, for a place that has “shake” in its name, you would think the shakes would be far more memorable. 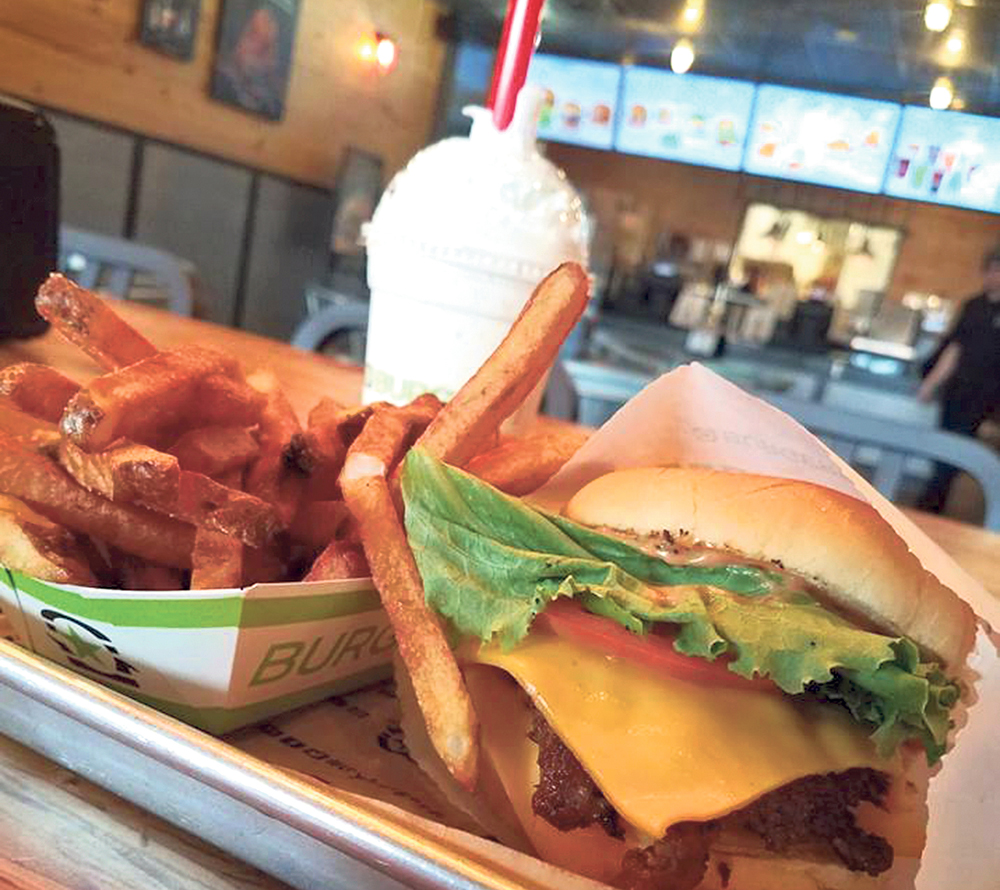 The standard BurgerFi cheeseburger comes as a double natural Angus burger with American cheese, lettuce tomato and BurgerFi sauce on a potato bun, which, as mentioned earlier, is the best bun for burgers. The potato roll is soft and stays strong throughout the burger’s life, while the meat itself was decently juicy with a favorable griddle-induced crust along the interior.

The BurgerFi sauce was in-line with all the other signature sauces offered these days, rounding out a burger that could best be described as “good.” However, BurgerFi loses most of its points with its French fries, which lacked integrity and sadly surpassed an acceptable grease factor. The shake was a win, though—better than most, with the thickest straw, but not nearly enough to push BurgerFi any higher.

BurgerFi has locations in Woodbury, Oceanside and Commack. 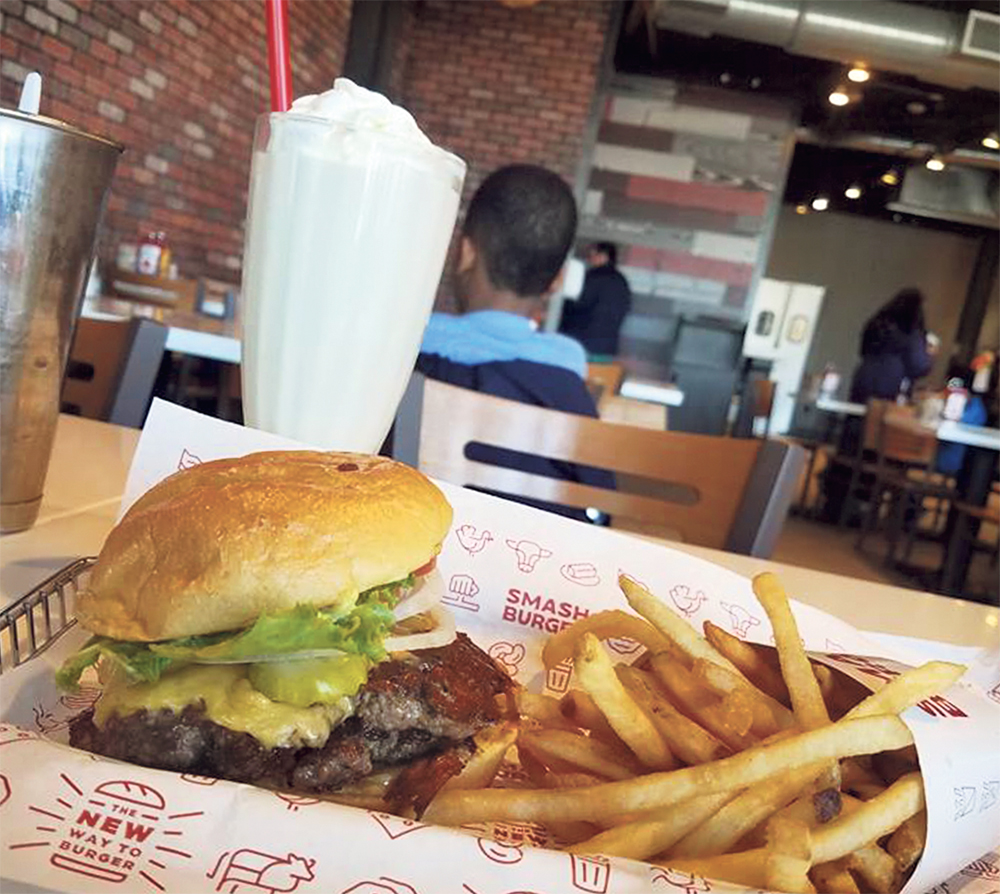 The only way I can possibly describe my experience at Smashburger is with two simple words: immediately regrettable. And to understand why, you need only to look at the establishment’s name. They literally “smash” the burger with an apparatus onto the grill. A violent treatment that no burger deserves, the “smashing” is supposed to sear the burger and lock in the juices. But in fact, it does just the opposite. The burger is rendered dry and lifeless, yet somehow simultaneously sopping with grease. It is the kind of burger that requires the eater to shower after consuming, and not in a good way.

The Classic Smash includes American cheese, lettuce, tomato, what seems like an entire onion, and pickles on an egg bun. Any self-respecting burger lover, if they choose to endure this experience, would quit after four bites, leaving in shame and disgust. As for the fries and shake, instantly forgettable items that deserve pity, as they are unwitting accomplices to Smashburger’s food crimes.

What do you think of this ranking? Where should I go next? Share your thoughts with me by email at smosco@antonmediagroup.com.