Guided by a firm belief that positivity is far more contagious than negativity, the Long Island business owner is continuing to spread good vibes while keeping his dream alive.
Read more
TOP STORIES 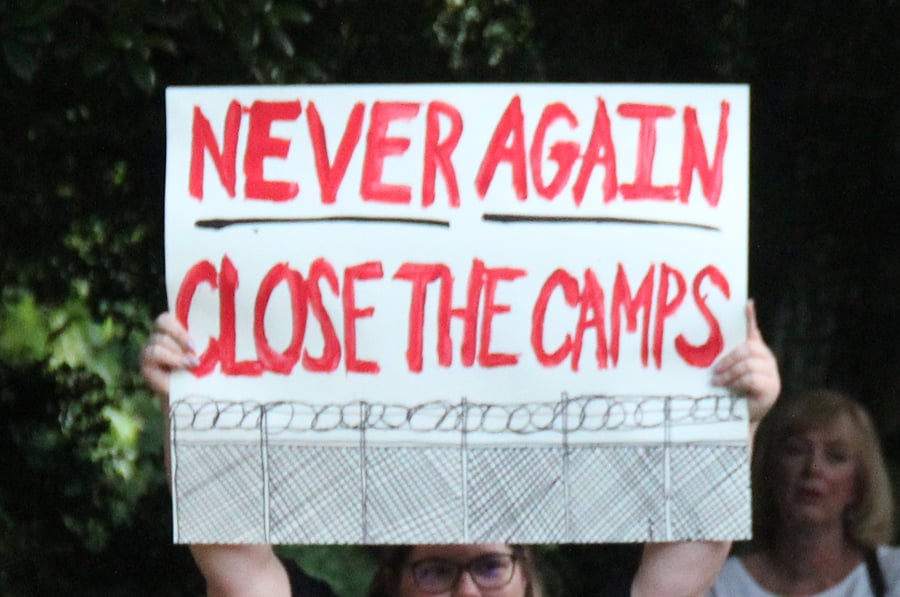 On Saturday, July 27, from 1 to 2:30 p.m., Long Islanders will gather at the visible intersection of Jericho Turnpike and Route 110 in Huntington Station to protest the inhumane treatment of children and families legally seeking asylum in our country. A broad coalition of religious, medical, immigrant rights and activist groups are co-sponsoring the Don’t Look Away Rally, the eighth of its kind to be held on Long Island this year.

The rally is being hosted by Immigrant Justice Now Long Island, Together We Will Long Island, Long Island Inclusive Communities Against Hate and Latinos Unidos de Long Island. These groups ask the general public to look beyond politics and view the crisis at the border as a humanitarian issue, and they demand adherence to the Flores Agreement, which for 20 years has protected children in detention but is being flagrantly ignored by this administration. Flores limits the time in which children can be held in detention and guarantees ready access adequate nutrition, healthcare and sanitary needs. Young children are still being held in processing centers for prolonged periods in poor conditions with no oversight and over 13,000 children remain in for profit detention facilities across the country instead of with loving families who await them.

“We demand that child separation end at once unless child welfare experts determine parents or relatives to be a danger to the child. We demand oversight and transparency over customs and border patrol facilities that have allowed abusive and dangerous situations to traumatize children emotionally and physically. We are disturbed by the expansion of ICE raids which will separate families and hurt children and we oppose the administration’s recent decision to completely stop admitting refugees from around the world during the worst refugee crisis in recorded history. This country has always stood as a beacon of light and hope to refugees seeking asylum from violence and danger. Instead we are shutting our doors, separating families, threatening mass deportations and traumatizing children. We need compassion and humanity from this administration. We must not look away from the plight of those who seek safety in our borders. We must not turn away from our American values and betray who we claim to be as a nation.”

—Submitted by Together We Will Long Island

Previous articleTanglewood Preserve Becomes Home For Dinosaur And Animal Attraction
Next articleStuck With Sherlock: The Life And Times Of Sir Arthur Conan Doyle