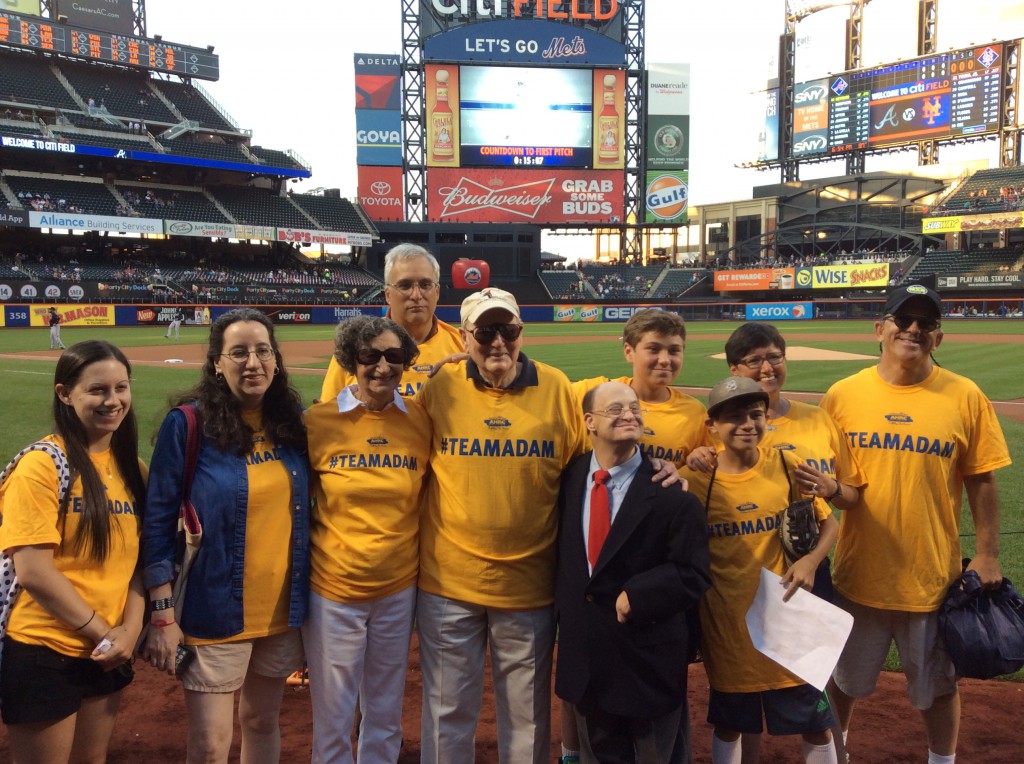 While many people may dream of doing something as extraordinary as singing the National Anthem at a major sports event, it’s become tradition for Glen Cove native and AHRC resident, Adam Levine.

On Tuesday, August 26th, Adam, 47, born with Down syndrome, stepped up to belt out the National Anthem for the New York Mets. Performing annually at Citi Field since 2010, Adam approached home plate with a veteran state of mind. Following his performance, Adam received a standing ovation as he gleefully skipped off the field, running into his parent’s arms with a gratified smile. The long list of Adam’s fans included 100 #TEAMADAM supporters from AHRC Nassau. 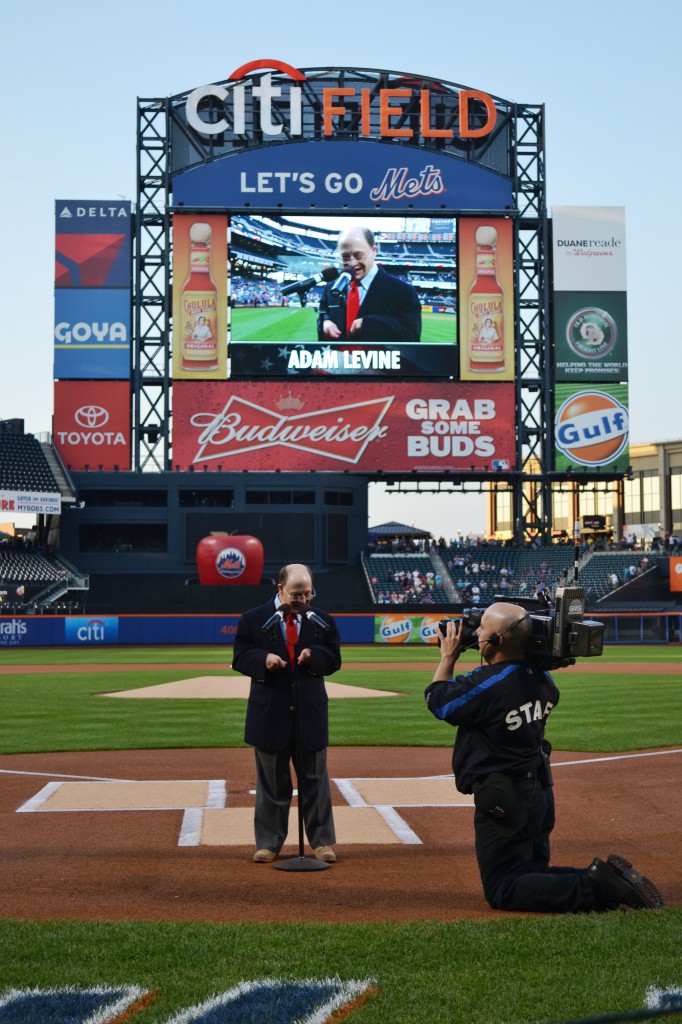 From a young age, Adam was drawn to music and the arts. Regularly attending theater shows and rehearsals put on by his father’s theater group, Theater II of Glen Cove, Adam really found a connection.

After numerous performances within his local community, including performances for former Glen Cove Mayor, Ralph Suozzi and then-Senator Hillary Clinton, Adam was ready to take his dreams to a bigger stage. Since his tryout in 2010, Adam’s been called back every year. “He’s a guy that really loves the chance to be out there and up in front,” noted Adam’s mother, Mildred.

Performing in front of thousands at Citi Field is no easy task, especially for Adam. Having experienced difficulties in the workforce with bullying in his younger years, Adam went inward socially. Once a very social and outgoing individual, Adam is much more introverted and communicates less often these days. Despite that, Adam is able to stand at home plate each year, proudly singing the National Anthem. “The minute he gets there, he just does it. He’s truly a professional in that way,” said Mildred. 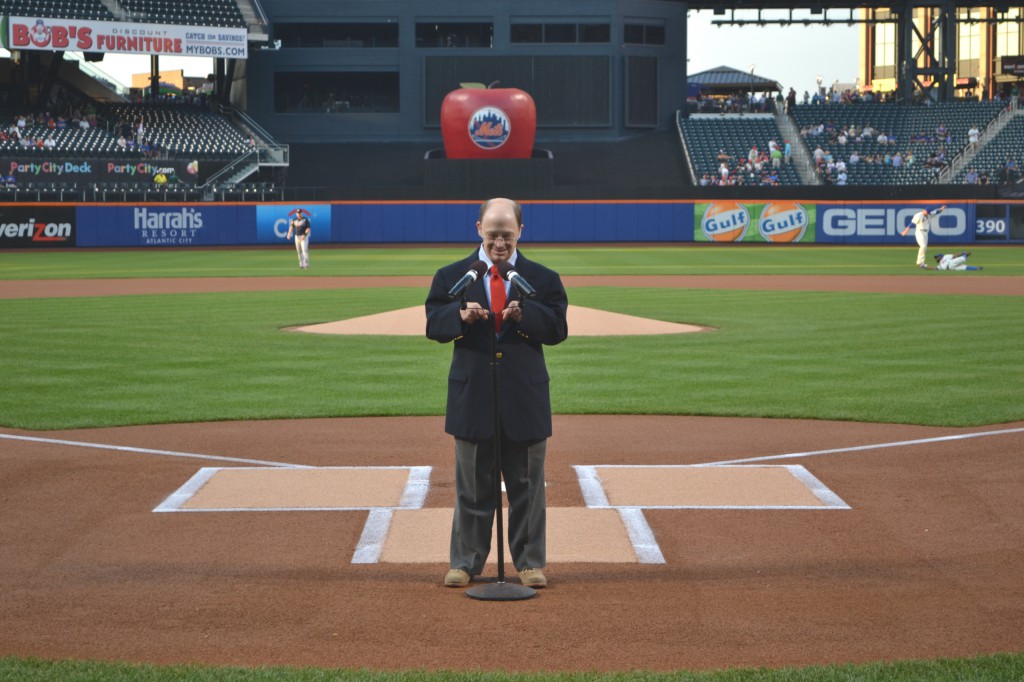 Adam resides in an AHRC Nassau residence in Glen Cove, enjoys singing karaoke at a local café in Hicksville and is heavily involved with his synagogue. Adam spends time volunteering in the community with various organizations such as Meals on Wheels and grocery shopping for homebound seniors.

Having grown up in a time where institutionalizing children was still common, Adam’s personal achievements and his ongoing service to help the hungry and homebound of our community serve to inspire. While to some, Adam’s performance is just a part of another baseball game, it truly is a celebration of ability and perseverance. For pictures and footage of Adam’s performance, visit AHRC Nassau’s Facebook page at https://www.facebook.com/AHRCNassauCo.