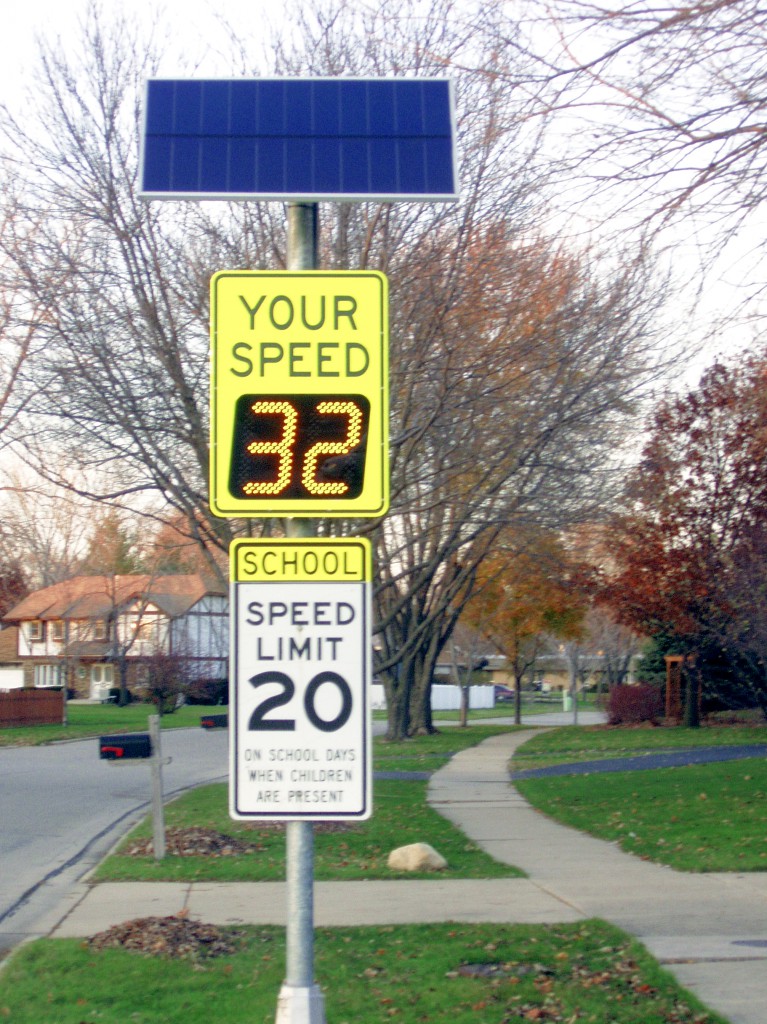 Traffic Cameras
A few years ago, British advertising guru Rory Sutherland gave a 16-minute “Ted Talk” lecture (“Life Lessons From An Ad Man”) which has been viewed online almost 2.2 million times. It centers around the use of creative messaging to encourage desirable behaviors. For example, Frederick the Great rebranded the nutritious but unpopular potato as a “royal” vegetable to cunningly encourage its adoption by the German masses. Sutherland briefly mentions speed cameras, which will now be part of our lives throughout Nassau County. I’ll let his words speak for themselves:

“Persuasion is often better than compulsion. These funny signs that flash your speed at you, some of the new ones on the bottom right now actually show a smiley face or a frowney face to act as an emotional trigger. What’s fascinating about these signs is they cost about 10 percent of the running cost of a conventional speed camera, but they prevent twice as many accidents. So the bizarre thing, which is baffling to conventional, classically trained economists, is that a weird little smiley face has a better effect on changing your behavior than the threat of 60 pounds of a fine and three penalty points.”

School Budgets
In this year’s May school budget voting, the budgets of every school district wholly or partly within Nassau County passed, the first time this has happened in the modern era (prior to the Second World War, when many Annual Meetings were real working sessions, taxpayers usually voted for the budget they had just helped write). Of the 56 districts completely or mostly in Nassau County, the district with the highest average vote in favor of the budget over the last 10 years is Great Neck (78.7 percent), followed by Jericho, North Shore, Bethpage, Lawrence, Roslyn, Island Trees, East Williston, East Meadow and Valley Stream. The district with the lowest average is Westbury (54.2 percent), followed by Locust Valley, East Rockaway, Seaford, Levittown, Roosevelt, Hewlett-Woodmere, Malverne, Hempstead and Herricks. Over the decade, the average vote in favor of the budget across the county was 61.2 percent, which includes the May 2005 voting, when 22 budgets failed and the countywide percentage was 51.5 percent.

Open Government
A state law that took effect in 2012 requires local government units to make public records that are scheduled to be the subject of discussion during an open meeting easily available in advance. Both the agenda and the bundled material given to board members are supposed to be made available “to the extent practicable.” Specifically, agencies that maintain routinely updated websites, which is pretty much every taxing unit on Long Island, are supposed to post the information packets prior to the meeting.

Some Long Island governments have done nothing to comply with this law in letter or in spirit. Some of the school districts with consistently high budget support in the first item above make the agenda packets available, and that’s probably not a coincidence.
“Sunshine Points” to the Town of Huntington. On their web site, you can click on agenda items and watch video of that portion of the meeting. Transcripts of various boards are indexed, so you can search for names or terms.
The Town of Hempstead just posts meeting dates. But feel free to come on down: “A citizen seeking to participate during the town board meeting may submit a request form to the Public Safety officers located in the pavilion.” Warm and inviting. Can’t show up? “Residents unable to attend meetings of the Hempstead Town Board are welcome to express their views in writing.”
Citizens don’t need permission to write a letter. We’re 14 years into the Third Millenium A.D. and electricity, indoor plumbing and online agendas no longer scare the Plebians.
Fix your public outreach programs, public officials. It’s the law.