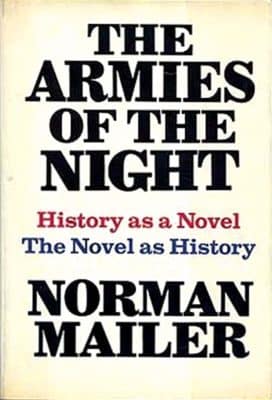 For American literature, the 1960s began on a melancholy turn. The early years saw the passing of four greats of modernism: Ernest Hemingway, Robert Frost, William Faulkner and T.S. Eliot. The decade itself began on a wave of optimism: Peace and prosperity and the idealistic John F. Kennedy in the White House. By the end of the decade, a different story: Violence at home, violence abroad, a nation more divided than at any time since before the Civil War.

The novelist rode high during the 1960s and ’70s. With the passing of Frost and Eliot, there didn’t seem to be any successor, save the confessional verse of Robert Lowell. But there were plenty of contenders for the crown of Hemingway and Faulkner. The decade saw the rise of both conventional fiction and a postmodern school. Such novels as Joseph Heller’s Catch-22 (1962), Kurt Vonnegut’s Slaughterhouse Five (1969) and Thomas Pynchon’s Gravity’s Rainbow (1973) weren’t about Vietnam, but these World War II novels were anti-war and they captured the growing disillusionment with the war in Indochina. The modernism of the 1920s dramatized the shock of recognition: A classical civilization being destroyed on the killing fields of Europe during the Great War. It also inspired such Christian apologists as Eliot, C.S. Lewis and G.K. Chesterton. This is the way home. Post-modernism, however, often emphasized black humor, cynicism and despair. 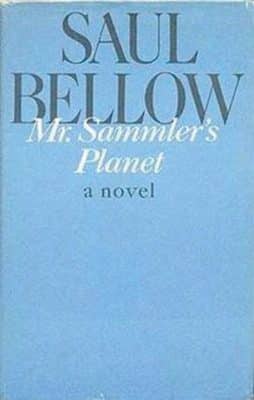 The post-World War II era represented the rise of suburbia, a boom that continued into the go-go Sixties. The fiction of John Updike and John Cheever attempted to put a human face on this new man and his environs: Stories and novels complete with cocktail parties, addictions, swimming pools, adultery, families torn apart and brought back together. Updike’s Rabbit Angstrom, the protagonist of four novels, became the representative fictional character. Angstrom, an ex-high school basketball star who plunged headfirst into life’s experiences, was significant also in that he was a blue-collar worker who never attended college. Today, the middle-class means a college degree, but in the postwar era, a middle-class was very much a blue-collar phenomenon as the American manufacturing economy ruled the world in unprecedented fashion. 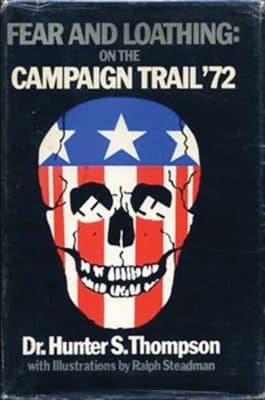 Along with fiction, the Sixties and Seventies saw the debut of the New Journalism. Here, the author injected himself into the story, turning an event into a novel-like narrative. Most prominent was Hunter Thompson’s Fear and Loathing on the Campaign Trail ‘72 (1973) and a string of books by Norman Mailer. The latter started as a novelist and hit his stride with The Armies of the Night (1968), a report on the 1967 anti-war march on the Pentagon, and Miami and the Siege of Chicago (1968), a dramatic coverage of that year’s political conventions, especially the rioting that shook the Democratic Party gathering in Chicago. 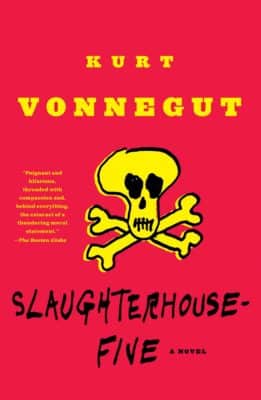 Civilization, as the novelist Caroline Gordon observed, is a matter of constantly skating on thin ice. By the summer of 1967, the United States, in shocking fashion, had crashed through the surface. The novelist could not keep silent. Two novels, which confronted the Grand Smash of the Sixties, were Saul Bellow’s Mr. Sammler’s Planet (1970) and Walker Percy’s dystopian Love in the Ruins (1973). Bellow’s novel concerns an elderly Holocaust survivor, widowed and exiled in New York City, observing and occasionally confronting the barbarism around him: Petty crime, a promiscuous youth, plus a rude college student who interrupts a Sammler lecture on George Orwell at Columbia University with a string of obscenities. Percy’s hero is Dr. Thomas More, a psychiatrist who dreams of winning a Nobel Prize for an invention that will cure mental illnesses plaguing the land. Meanwhile he is stuck in a literal war zone complete with sealed windows and an armed citizenry. Sammler mourns the passing of a cousin who had brought him to the United States. More gives up his pipe dream and works to keep his invention out of the wrong hands. The novel is a highly moral undertaking. In the world of Updike, Cheever, Bellow and Percy, the hero makes the journey home to the world of responsibility, doing right by his family, his neighbors and his community. The fate of civilization, however, is another story.

What made Hemingway and Faulkner unique? In an interview, Updike once maintained it was the intensity level of those two men’s work that mattered. By those lights, I would list Mr. Sammler’s Planet and Miami and the Siege of Chicago as standout works due to that same intensity factor. The Sixties and Seventies followed an old calculus: A bad time to live in, but a good one to write about.

At its core, Blue Bloods is a show about family, with each member of the Reagan clan playing an integral part in each other’s...
Read more
Arts, Music & Entertainment

July’s heat and humidity have been on the rise. Escape the sun for a day and head to your local theater and see a...
Read more

Save for Super Bowl Sunday, Thanksgiving has turned into one of the National Football League’s signature days, dating back to when the league kicked...
Read more
Sports

With the New York Islanders opening up a home playoff series for the first time since doing it in 1988 against the New Jersey...
Read more
Nassau News

New York Mets star Michael Conforto, a 25-year-old outfielder who was an All-Star last season, recently said that he wanted to lead by example. “If...
Read more

The Metropolitan Transportation Authority (MTA) Board next week will consider a proposal for a 16,000-square-foot food hall, restaurant and take-out venue in Grand Central...
Read more
Arts, Music & Entertainment

This year, Sesame Street commemorates five decades of educating children through a combination of puppetry, sketches, animation and live action. What started out as...
Read more
Food & Leisure

Some might call IPAs an acquired taste. If this is the case, we suggest you go out and acquire the taste for some. Here...
Read more

90 Years and Counting: The Feast of San Gennaro

Little Italy in lower Manhattan is a popular spot to visit year-round. But once a year in the beginning of fall, the streets of...
Read more
Columns

It’s that time of year. As wineries start to pick their grapes, we’ll be hearing reports about the quality of the harvest. Although vintage...
Read more
Food & Leisure

Sweet Gifts For The Baker In Your Life

Baking sweet treats is a staple of the holiday season. Gathering around the mixer with family and friends creates delicious bites and memories that...
Read more