Singer/songwriter Lisa Loeb will forever be remembered for her hit song, “Stay (I Missed You)” that graced the classic 1994 film, Reality Bites. The tune became an instant classic for countless Gen Xers and lives on in the collective consciousness of all who gorged on ’90s hit radio. Loeb continued with a career that boasts several albums—including work that was created specifically for children—but has also delved into acting, writing, television production, philanthropy and voice-over work.

Her latest album, Feel What U Feel, is a fun, all-ages affair and was released in October of last year. Loeb chats about her first big break, her latest disc and the sometimes-odd world of voice-over work in this Q-and-A and will be at the YMCA Boulton Center for the Performing Arts in Bay Shore on March 30.

Chris Callaway: What was it like for you when “Stay (I Missed You)” came out and became such a huge hit and you didn’t even have a record deal yet?

Lisa Loeb: It was really exciting and it was also a little bit of a relief. It was something I had been working towards almost since high school. Especially in college, I admitted that that’s really what I wanted to do was be a professional musician, so to be able to have commercial success a few years after college was exciting and I was proud. It was also a relief because I felt like, “Okay, got a job.” (laughs)

CC: Feel What U Feel is a great record. I love the sound of it; it’s very laid back. It sounds like you had a really fun time recording it. What was it like recording that album?

LL: It was really fun. We were focusing a lot on having variety on the album, so that’s what it felt like when we were writing and recording songs like, “I Was Here,” which is more melancholy and reminiscent and full of memories or “The Sky is Always Blue,” which is kind of sweet and almost Burt Bacharach-ish, or songs like, “Feel What U Feel,” which feels like a party—and it’s fun and funny and emotional when we go through all the different types of feelings—to something that was very sentimental to me like, “It’s All Right to Cry,” which was one of my favorite songs when I was a kid.

I got to collaborate with a lot of different people I enjoy. It was kind of magical to be able to go into a room and come out of the room with a new song written that means so much to you that you want to share with other people and then to be able to record those songs in a way that there’s so much color and variety, but they’re very real sounding. It was a very satisfying project.

It’s not crazy or in your face, but I wouldn’t say the whole thing is laid-back. Is it?

CC: No, there’s definitely some stuff that’s not, but the overall feeling seems to be more relaxed and fun.

CC: Exactly. It welcomes you in like a big bonfire.

LL: Yeah, or like a library where there’s all these books that you might want to read.

CC: You’ve been working on a more “adult” record. How is that going?

LL: It’s going well. We keep getting diverted a little bit, but it’s in the works.

CC: Is it ever a strange feeling when you’re watching animated characters with your voice coming out of them?

LL: (laughs) It really is. It takes me a minute. Voice acting is funny. It even happened to me the other day. I was watching television and I heard a commercial come on and I thought, “This would be a good commercial for me,” and then I realized it was my voice. It wasn’t a crazy voice, but it had a certain color and a certain texture and I hadn’t seen the finished spot yet. It was funny. It was like, “Right, this is part of another project.”

It goes back to collaborating. It’s so fun to collaborate with people in animated shows. The directors are really wonderful. When I did Spider-Man [Spider-Man: The New Animated Series], we were all in a studio together—a lot of us—acting out the scenes, but in a lot of these you’re really by yourself, one at a time, working with a director and then they piece it together with the animators and it’s really amazing how it comes together. 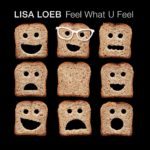 Feel What U Feel is available on Amazon.com.

Chris Callaway is a freelance music journalist, currently writing for Yellow Scene Magazine, and author of Reel to Real by Reel. His articles have been published in such publications as Boulder Weekly and Westword, among others. He also shares reviews, interviews, articles and commentary on his blog Rock Music Opinions.

Chris Callawayhttp://rockmusicopinions.wordpress.com
Chris Callaway is a freelance music journalist, currently writing for Yellow Scene Magazine, and author of Reel to Real by Reel. His articles have been published in such publications as Boulder Weekly and Westword, among others. He also shares reviews, interviews, articles and commentary on his blog Rock Music Opinions.