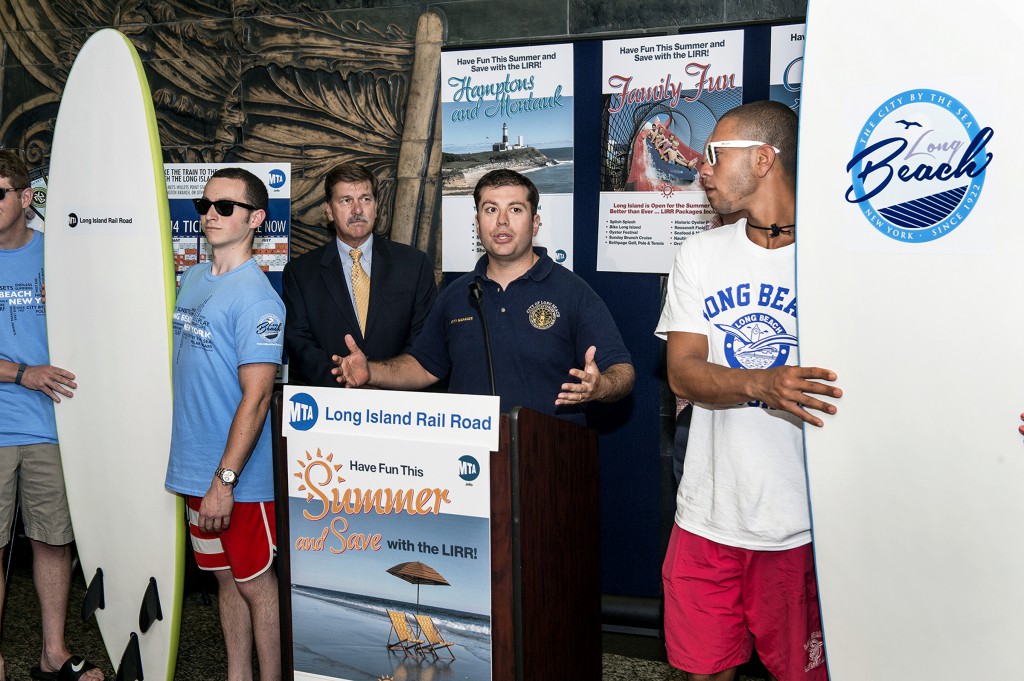 “We encourage the MTA [Metropolitan Transportation Authority, the LIRR’s parent] to accept a proposal from the involved employee labor unions to extend the current ‘cooling off’ period for an additional 60 days,” stated a June 19 letter to MTA chairman and CEO Thomas Prendergast, which was signed by the aforementioned U.S. House Members, and six others, from downstate New York.

The correspondence is posted at www.smartunionlirr.com, and goes on to say “we are concerned about the effect that any potential work stoppage [in July 2014] could have on Long Island tourism, as the LIRR is a vital means of transportation to the East End and other destinations during the peak tourism season in the summer months.”

True enough. Yet if you asked typical LIRR daily commuters whether they could more easily withstand a July LIRR strike, as compared to one in September, I daresay 90-plus percent of commuters would want a LIRR strike to occur in July. It is an easier time of year to take vacation, their children are on summer break, and the roadways are less clogged because neither school buses nor teachers are making the trips they take between September and June.

To its credit, the LIRR’s Commuter Council, an entity created by the state legislature, began distributing pamphlets to LIRR riders at Penn Station in late June, offering guidance on how to prepare for a July strike. Meanwhile, the LIRR’s unions have the downstate Congressional delegation and two separate Obama administration-appointed panels backing them, even though the recommendations of those presidential nominees were non-binding, whereas the MTA’s labor negotiators are fending for themselves at the moment.

The MTA has remained too silent throughout these proceedings, and could learn something from The Metropolitan Opera, which is currently in the midst of contract negotiations with 15 of the 16 unions representing employees that work at the Met.

In a full-page New York Times advertisement (June 20), the Met’s executive committee explained how work rules forged in a different era are today financially unsustainable, and draining the institution’s resources. One example the Met cited in its ad: the orchestra receives 16 weeks (yes, 16) of annual paid vacation. I’m sure comparable, unjustifiable expenditures are set into motion by the LIRR’s work rules. The MTA should take a full-page advertisement in a major daily newspaper and explain clearly some of the LIRR’s antiquated work rules to the public.

LIRR commuters do, however, have weapons in 2014 that were not at their disposal in 1994, the last time the LIRR’s unions walked off the job. The first are the dramatic technological advances that have been made in the workplace. Given a laptop and an iPhone, most people can conduct business almost anywhere and, while they may miss face-to-face contact with colleagues and customers, a LIRR strike in 2014 is a major inconvenience as opposed to an event that can cripple the economy.

The last 20 years have also brought widespread business continuity improvements made in the wake of 9-11, and Superstorm Sandy, times when New York City offices were either closed or inaccessible for extended periods of time. Should a LIRR strike occur, and continue for weeks, or even months, you’ll see city-based businesses rent space in either Nassau or Suffolk to accommodate their Long Island employees. Indeed, rather than shutting down the Island, a prolonged LIRR strike could boost to its commercial real estate market.