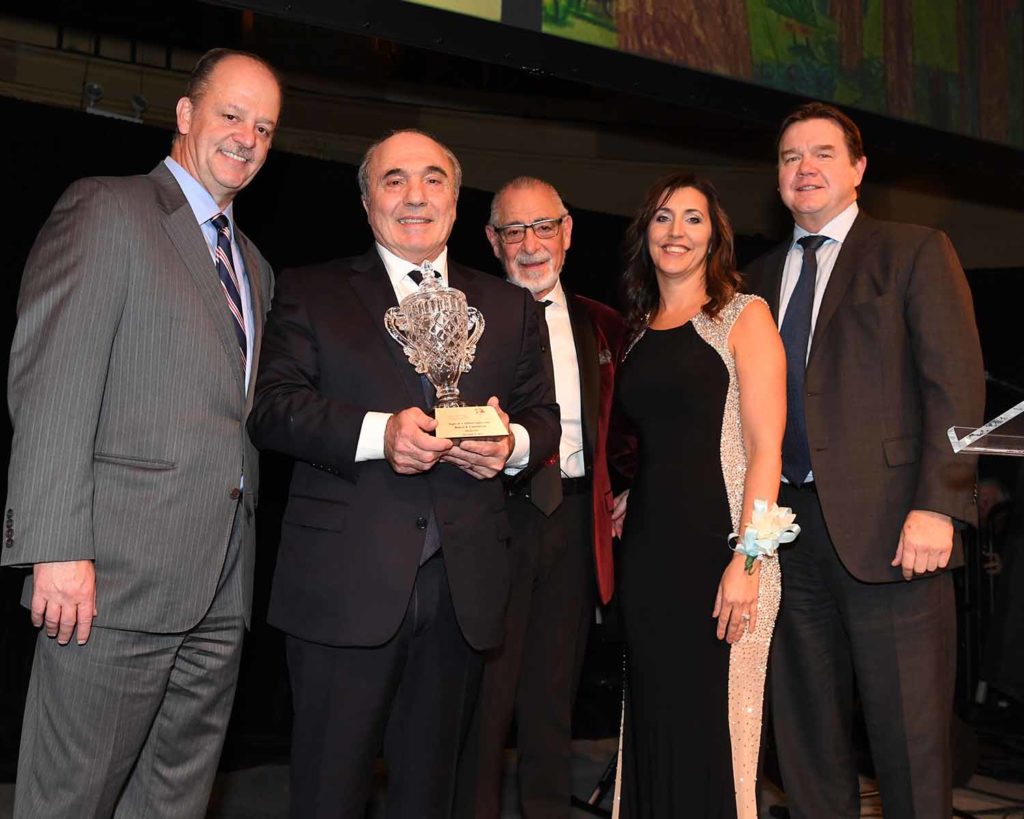 Rocco Commisso (second from left) was recently the guest of honor at the annual Life’s WORC/Family Center For Autism Gala, attended by about 570 patrons at midtown Manhattan’s Gotham Hall. Commisso is a member of Forbes Magazine’s “Forbes 400” and he is the founder/chairman of Mediacom, the fifth-largest cable television company in the nation, headquartered in Rockland County. He is the chairman/owner of the New York Cosmos Soccer Team. He’s shown from left with Mario Dell’Aera (KPMG), Rick Del Mastro (City Sign USA), Janet Koch (Life’s WORC) and Michael Huseby (Barnes & Noble).