The genre of science fiction is based on imagined future scientific or technological advances that frequently portray space, time travel and life on other planets. With that in mind, dive head first into the scientific literature that has quenched the thirst of extraterrestrial believers for decades. 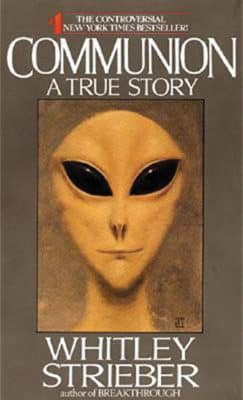 Whitey Strieber, an American ufologist and horror author published Communion: A True Story in 1987, a book based on his own experiences. Strieber writes that he experienced “lost time” and terrifying flashbacks, which hypnosis conducted by Budd Hopkins later links to an alleged encounter with aliens. The book was later made into a movie in 1989 called Communion, directed by Philippe Mora and starring Christopher Walken as Strieber and Lindsay Crouse as his wife, Anne.

Strieber compares the “familiar” being he sees, whom he describes as female, to the Sumerian goddess Ishtar. This abduction/UFO story is worth a read if you’re interested in learning how different people describe their encounters with other beings. 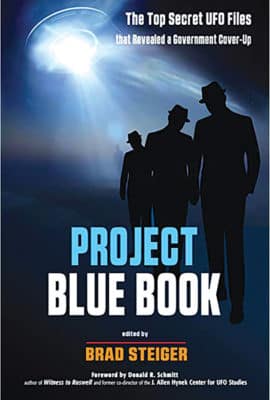 Throughout the 1950s and 1960s, while publicly dismissing the existence of UFOs, the United States Air Force was engaged in a secret program for evaluating every report of unidentified flying objects. Under the code name “Project Blue Book,” the Air Force analyzed more than 13,000 incidents. The goal of this enterprise was to determine the cause for each UFO sighting, to assess the security threat for each incident and to determine how the United States could obtain or create the technology used by UFOs.

Project Blue Book (1976) is based on secret files obtained through the Freedom of Information Act, includes accounts of seven of the most important USAF inquiries—among them the story of the night the White House was buzzed by UFOs, the mystery of the Lubbock Lights, the startling conversion of the prominent astronomer, J. Alan Hynek, from UFO skeptic to believer and much more.

Unfortunately, Steiger passed away just last year, but his work on UFOs still reigns supreme. Did the government cover anything up? Are we really alone or is there another group of beings out there? Uncover the government documents and testimonials reported by people all over the country who have claimed to witness UFOS. 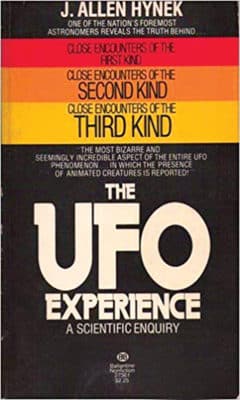 The UFO Experience: A Scientific Inquiry

No matter how many years pass, the case against UFOs has not been put to rest. In 1972, Dr. J. Allen Hynek, a scientist himself and the only government-paid ufologist in history, published a book that looks at the decisions made by officials in the early days of ufology. He details the naive discussions surrounding UFOs as people were talking about them in the 1950s. Hynek proves that there is a conspiracy afoot to hide the facts, and that there are many cases that still need to be explained by mainstream science—not dismissed with jokes. Citing specific cases, Hynek raises questions that have still not been answered and refutes mainstream arguments that have yet to be proven.

Perhaps to further back up his claims, Hynek served as official astronomical consultant to the U.S. Air Force’s Project Blue Book and was an astronomer and Professor of Astronomy at Ohio State University. He was also largely responsible for the founding of MUFON (originally called the Midwest UFO Network) 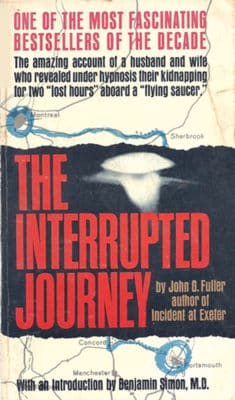 Originally published in 1966, this riveting account of a couple’s abduction is well known in UFO literature and lore. The story, told expertly by journalist John G. Fuller, has also become fodder for TV movies such as The UFO Incident (1975) and fictionalized hour-long dramas such as Dark Skies (1996-1997). The Interrupted Journey recounts (in meticulous detail) the events of the evening of Sept. 19, 1961, a span when an unassuming interracial couple, Barney and Betty Hill, saw their weekend drive in New England interrupted by a flying saucer.

The Hills alleged that aliens took them aboard their craft and a slew of medical exams were conducted before the couple’s release. Fuller recounts the aftermath, when the Hills returned to their home and their jobs and everyday life but felt mysteriously unsettled with significant gaps in their memories. Slowly and surely, the couple began to come to terms with the bizarre, inexplicable events of that night. This is a great collectible to add to your UFO bookshelf.