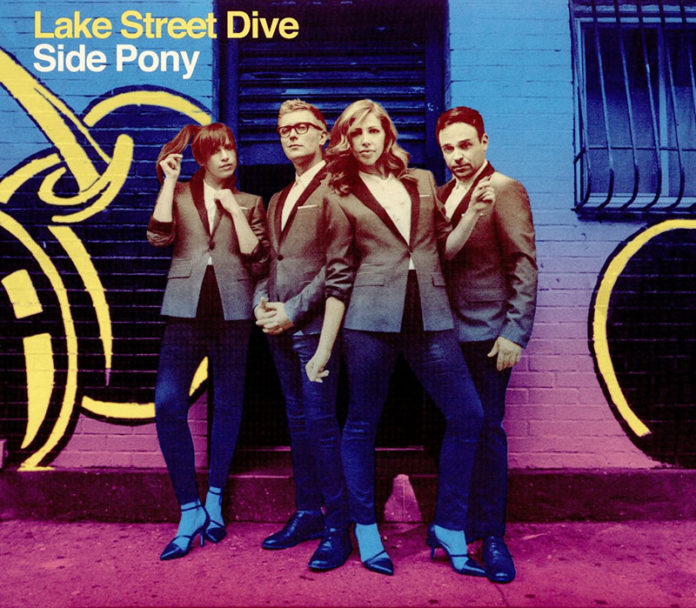 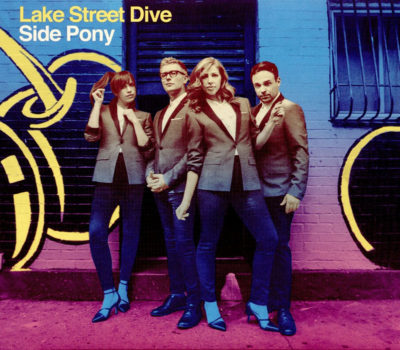 At a time when what’s passing for pop is more about having songs being made of compositional structures slapped together in a studio with any hint of a traditional approach be damned, Lake Street Dive hearken back to a time when the pop charts had room for songs of different stylistic stripes. Rock, soul, country and even jazz got its turn back in those halcyon days of the late 1960s and early 1970s. And while the inherently lazy person might be content to consign LSD to the retro pile, understand that what Rachael Price, Mike “McDuck” Olson, Bridget Kearney and Mike Calabrese are doing is not playing the imitation game, but instead being inspired enough to take something old and turn it into something new, catchy and more irresistible with each subsequent playing.

It helps that the band has actually been together more than a decade, despite the fact that most people know them thanks to their appearance at T-Bone Burnett’s 2013 Another Day, Another Time show that was staged to celebrate the Coen Brothers’ folk revival-themed film Inside Llewyn Davis. Or that LSD’s subsequent record, 2014’s most excellent Bad Self Portraits, got tons of great reviews and wound up on quite a number of Best of 2014 lists. For this outing, the four alumni of Boston’s New England Conservatory of Music joined forces with Nashville-based producer Dave Cobb (Sturgill Simpson, Jason Isbell) and created a dozen songs for their Nonesuch debut that finds the band continuing to masterfully blend soul, blues, rock and jazz.

Fronted by Price’s powerful croon, Lake Street Dive show off the kind of creative chemistry that comes out of playing together in and out of the studio for so long. “How Good It Feels” captures that Muscle Shoals vibe in a bar at closing time thanks to the call-and-response vocals and Olson’s liberal Mellotron runs, while the double-time beat and chanting on the thumping “Hell Yeah” will simultaneously take you back to Rascals-flavored pop while making you want to do the Frug.

Elsewhere, Lake Street Dive busts out the disco ball while laying out a serious groove on “Can’t Stop” complete with a sample from the 1978 Major Lance gem “Love Pains,” while the bubbly title cut with its sweet harmonies and syncopated rhythms wrap up a message of living life unconventionally and communicating it through lines like, “Against everything square and unsightly/You know I look good, so don’t fight me/All I need is a clip or a scrunchie/And then I’m ready.”

Equally as entertaining and engaging is the confluence of brassy fanfare, jagged guitar riffs, pumped-up organ and swooning harmonies that make “Spectacular Failure” the best song you’ll ever hear about an inept lover.

In the end, this is one side pony that music lovers will have no problem slapping a saddle on.

Check out our interview with Mike Olson

Rocking A Side Pony With Lake Street Dive