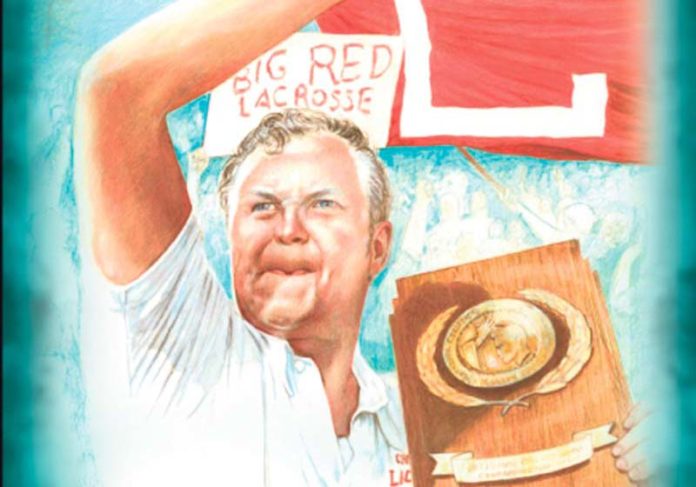 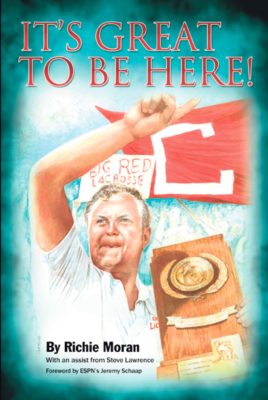 Richie Moran, the hall of fame lacrosse coach of Cornell and longtime resident of Long Island, has written a new book titled It’s Great To Be Here, which tells the story of his life from growing up in New Hyde Park during the World War II era to leading one of the most dominant college lacrosse teams of the 1970s.

“A year ago in May, I was at my lake house with my eight grandchildren and their parents,” said Moran. “As I was sitting there, I started thinking about how I never met my grandparents. That night, I decided to put some notes down about my family, my wife’s family, and my grandchildren. Did about 10 pages. Put aside. Didn’t think any more of it.”

Later that day though, while walking around one of the many beautiful parks in Ithaca, he realized that a Cornell professor, Dr. Phillip Marcus, had given him an outline for the book back when he was still a coach in the 1980s.

“I went home, pulled out the outline, and called a friend of mine at the Ithaca Times [Steve Lawrence] and said to him ‘I need a little assistance. I want to put a book together.’ We sat down a couple days later and then four months after that the book was ready to print.”

The autobiography goes beyond just his journey to being a lacrosse coach. It’s about how working with different people of various backgrounds has helped shaped the person he his today.

“I had great high school teachers, had wonderful people in college, and athletics has played a big role in my life,” said Moran. “My main thrust [as a coach] was to treat the student athletes the way I was treated throughout my career. I had coaches in multiple sports that were unbelievable. To this day, I meet with my old football coaches every time I’m on the island. He’s 92 years old.”

Moran was a great coach on the field, winning three championships at Cornell and more championships on the high school level with Manhasset and Elmont. But his work off the field is what makes him special. He was always there for his players and helped them whenever they needed to get back on track.

Even as a substitute teacher for over 25 years, Moran wanted to help students in need, including one story that brought out his desire for inclusiveness.

“I once worked with disabled children at Sewanhaka High School.” said Moran. “All they did was sit in a room on the third floor with no interaction from other students. I didn’t think it was healthy. I convinced the dean to let me bring these kids down to the cafeteria for lunch. The superintendent, the assistant superintendent, and the principals from all the schools led me down there with the kids. When I walked in, everyone was clapping. I still get chills to this day.”

The books is available now at www.richiemoran.com.