Knowing When To Play Ball

If you’ve been around baseball long enough, you’ve probably heard or seen this horrific story: a young and talented pitcher has a menu of pitches—including a slider and a curveball—that dominate the rest of the league. Yet, his pitching career is cut short because he blew out his elbow or shoulder.

Players, parents,coaches, league administrators and health care providers have often debated the appropriate age for a young player to begin throwing breaking pitches. One of the most influential elements is the often the misguided belief that throwing these types of pitches will accelerate a young athlete’s rise to stardom and bolster their chances of landing a college scholarship. While anything is possible, the odds are against it. Only one percent of high school athletes earn college scholarships. The increased stress and demand on a young pitcher’s elbow and shoulder will only leave them susceptible to significant injury.

With participation in baseball and softball is soaring (up 3 million participants between 2013 and 2018, according to Sports & Fitness Industry Association surveys), there’s increased emphasis to teach and develop younger players properly.

So what is the appropriate age?

In regard to curveballs and sliders, I recommend a player wait until he is 13 or 14 years old. It all depends on physical maturation and muscular development. You want to avoid overloading the shoulder and elbow. 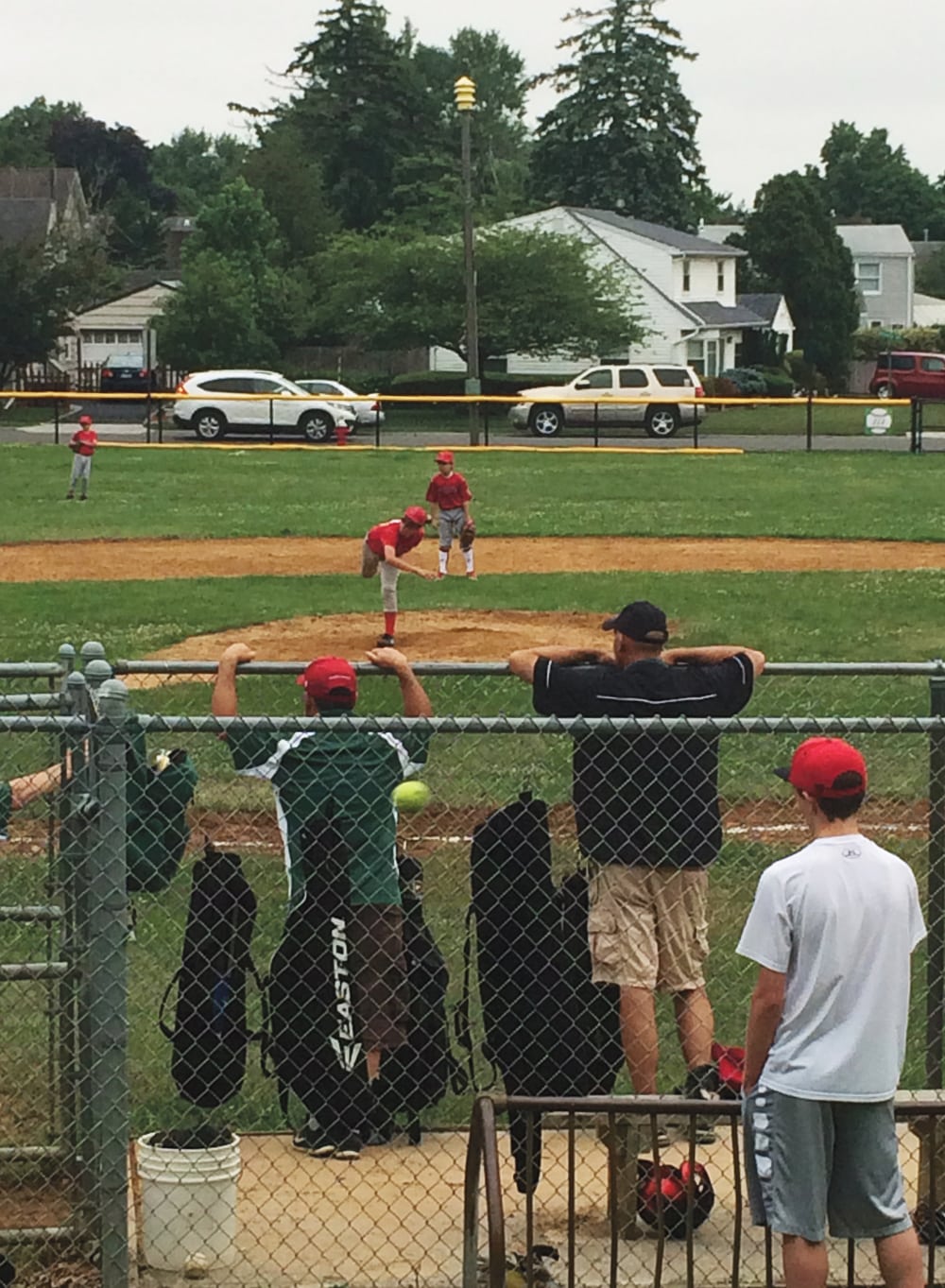 One of the first outward signs of pubertal development is facial hair and young boys starting to shave. You can also be evaluated by a sports physical therapist or certified athletic trainer who can help you make the decision. The key is the longer you wait, and the more development a player endures, the more prepared he will be.

In the meantime, young players can focus on throwing fastballs and change-ups while improving mechanics and pitch control. By delaying breaking pitches, you strengthen these foundational skills while minimizing risk of overuse and injury.

The two most common injuries for pitchers are Little League shoulder and Little League elbow—inflammation or irritation of the growth plate. But there has also been a spike in ulnar collateral ligament (UCL) tears among younger players.

UCL tears require Tommy John surgery, a significant procedure with at least nine months of recovery, where surgeons attach a new tendon by drilling holes into the humerus (top bone) and ulna (lower arm), threading the graft through and securing it via sutures, buttons or screws.

Tommy John used to be limited to professional and collegiate athletes, but is now being performed on pediatric pitchers because of the year-round specialization in one sport and/or prematurely trying to develop a curveball and slider.

In 2018, research from the American Academy of Orthopaedic Surgeons (AAOS) showed that more than half (54.7 percent) of parents encouraged their child to specialize in a single sport. This is not a good trend. Youth sports specialization, which is defined as playing a single sport more than eight months out of the year, can open children up to overuse and injury. Ideally, young athletes would get three consecutive months of rest and play on only one team at a time.

In the days of travel ball, some players/parents choose to play on multiple teams throughout the spring and summer seasons, which heightens an individual’s risk. It’s fine to switch it up and play basketball or participate in track and field. This will keep the athlete healthy while changing the demands on the body and preserving the arm for the baseball season.

A note on pitch counts and proper rest: some youth leagues impose mandated pitch counts for various age groups. For example, Little League baseball only allows 7- and 8-year-olds to pitch 50 pitches each day; 9- and 10-year-olds 75 pitches; 11- and 12-year-olds 85 pitches and 13- to 16-year-olds 95 pitches.

These are intended to keep a young player from overusing their arms. Parents should be empowered with this knowledge and monitor their child’s pitch count. Make sure the coach stays within the pitch count.